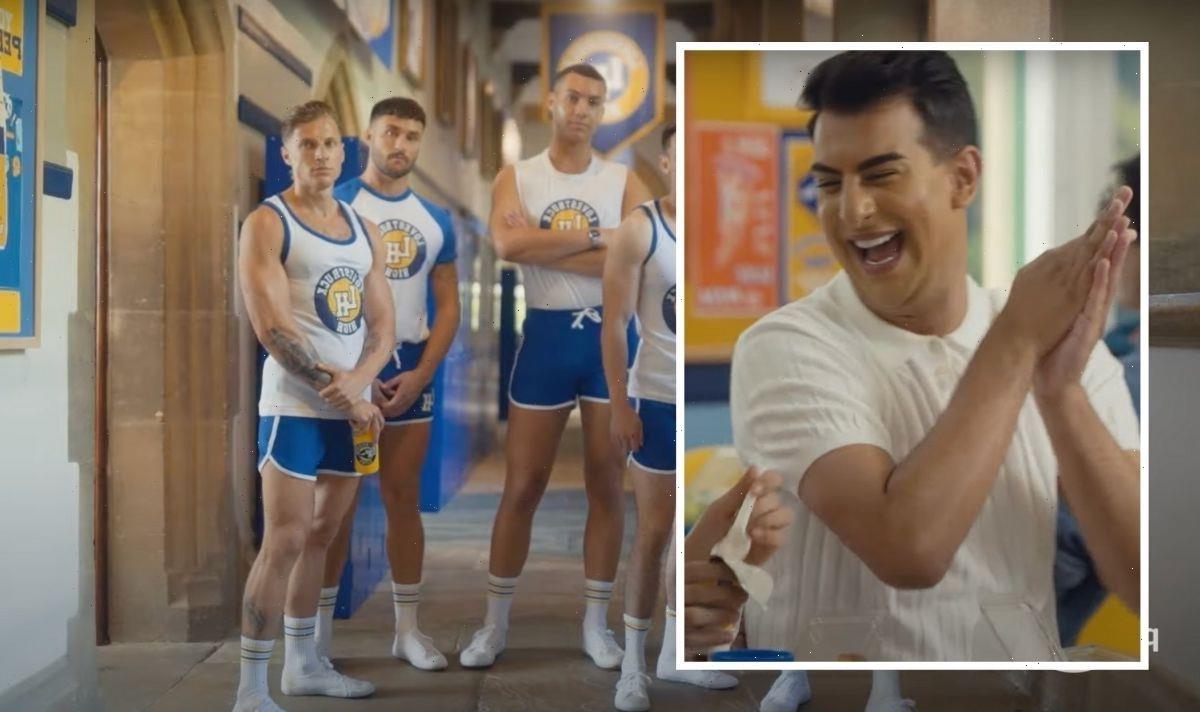 Lovestruck High on Amazon Prime lands on May 18, and viewers are in for a treat. Narrated by the original mean girl herself, actress Lindsay Lohan, a group of UK singles looking for love enrol at an American high school. At the end of the semester, a winning couple will be crowned Prom Royalty and win the $100,000 prize. One contestant has revealed that the hopefuls were encouraged to keep their interactions purely onscreen to help keep their reactions authentic and natural.

In episode one, titled Homecoming, 15 romantics attend the first day of school in hopes of finding their perfect partner.

It isn’t long until they take part in lessons and try to find their date for the first dance of the season.

Social Media Influencer Junaid, who was on the hunt for his Mr Right, has opened up about “saving the chat” until they stepped onto set.

He said: “First thing we learnt was STC – Save The Chat.”

Speaking to Express.co.uk and other press at the show’s launch event, he continued: “None of us was allowed to speak unless we were being filmed.

“So it was really difficult to build relationships. We could only get to know each other when we were filming.”

This ensured that each contestant’s reaction to meeting their fellow students was genuine. As the show progressed, that cast confirmed they made life-long friends while filming and praised the creative team for its diverse and inclusive casting.

Talking about why he felt like he wanted to go back to school to find love, he added: “I am such a different person now and always said I would love to go back with the confidence and the vibe I’ve got going on now.

Confidently he ended: “Believe it or not, I look like this, and I have trouble finding love. I shock myself every day.

One of the unique elements of the show is that it also has LGBTQ+ students, an element that many dating shows are yet to include.

DON’T MISS…
NCIS Los Angeles season 13 finale: Is Callen leaving NCIS LA? [LATEST]
Doctor Who boss explains how Ncuti Gatwa almost missed out on Time Lord role  [LATEST]
The Chase replacement hopes for more screen time next season ‘If the bosses are up for it’  [LATEST]

She said: “It will be interesting to see how people perceive me.

“I feel that traditionally people on reality TV are one stereotype, but I definitely push boundaries of what it is to be a modern-day woman in the way I look and my beliefs.

“I don’t feel like I can relate to anyone on TV at the moment, so I want to be one of the first people who represents that culture, especially in the LGBTQ+ community.”

The students range in age from 21 to 30-years-old, and despite being adults, they are under the constant and watchful eye of their teachers.

Principal Nelson (played by Ria Lina) runs the campus and also teaches cheerleading, with Coach Hughes (Russell Hicks), and Miss Kelly (Chloe Zeitounian) making up the rest of the faculty.

Although 15 contestants enter at first, some potential new lovers are thrown into the mix to keep the students on their toes.

Filming took place in Devon, UK and has a similar American style to it as the fictional school Moordale High in Sex Education, which is also filmed in the UK.

Lovestruck High premieres on Amazon Prime on May 18.