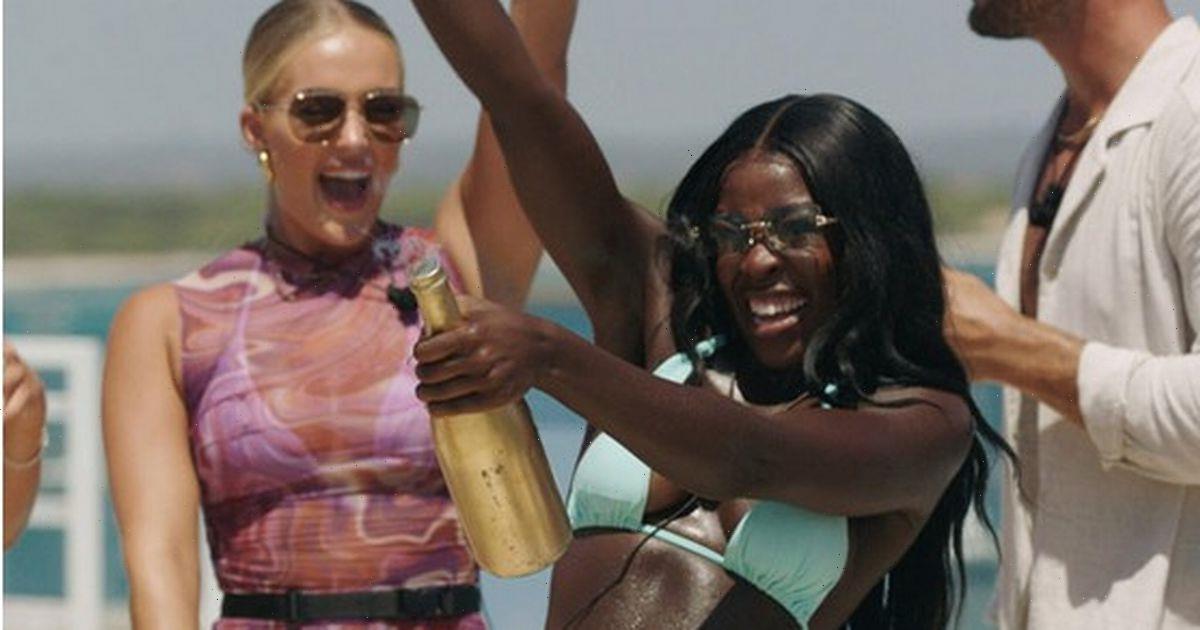 A brand-new season of Love Island is back and it’s fair to say the beloved ITV dating show kicked off with a bang after Davide Sanclimenti, Afia Tonkmor and Ekin-Su Cülcüloğlu shook things up in the Spanish villa this week.

And fans up and down the country are more than excited for a summer full of coupling up, mugging off, and dumpings in the heart of Majorca.

On Monday (June 6) the first set of singletons entered the band-new villa for the eighth series as they attempt to try and find their type on paper.

Viewers are guaranteed several steamy challenges and jaw-dropping twists over the next eight weeks before the winners are crowned at the end of the show.

But like with any show, there are bound to be some explosive arguments on the popular reality show, with some instances where Islanders have been forced to be removed from the villa.

As the loved-up residents prepare to welcome two new bombshells into the villa, Daily Star have taken a look into the six rules have could get you kicked off the show for good.

One strict rules that all Islanders are required to follow is no solo sex acts while they are in the villa.

To make sure the contestants are practicing safe sex, ITV bosses provide their own brand of condoms which are readily available with up to 200 packets of the contraceptive aids put in the villa at the start of the series.

It is also understood that producers have now included a secret draw full of sex toys, lubrication and even fancy-dress outfits for the couples to use should they be granted access to the Hideaway.

A source told the Sun how the reality star would “spend hours” in there, noting: “When producers told Islanders they have to get ready to film a challenge, Sherif was deliberately spending ages in the shower. He said he couldn’t be bothered.

Although the Islanders are given alcoholic beverages during their evening parties, contestants are not allowed to get drunk with an explicit number of drinks given to each contestant.

After Andrea-Jane was dumped from the villa during the seventh series of the show, the blonde bombshell lifted the lid on the drinking rules inside the villa.

She told CapitalFM: “it is a two-drink limit. And usually, you get your first drink and then you have to wait around three hours until the second one.

“It is quite a long wait until you get your second drink, so you’re savouring each sip. You definitely can’t get drunk in there.”

Since the villa is technically classed as a public space, contestants cannot be naked unless they are using the shower as it would be considered public indecency.

Some contestants have toed the line with the rule with 2018 stars Rosie Williams and Megan Barton Hanson ditching their tops for a racy photoshoot to make Adam Collard jealous.

However, no one has yet been ejected from the villa for getting their kit off.

Another obvious rule contestants must follow is no inappropriate language, behaviour or physical violence in the villa.

Former Islander Theor Campbell, who appeared on the show four years ago, confirmed to the Mirror that fighting, being sexually forceful and using racial slurs could see you kicked out of the show.

He told the publication: “I was quite naughty on there but I wasn’t even close to being kicked out.”

The first person to be kicked out of the villa to date which was Malia Arkin back in 2016 after just one day for fighting with fiery Kady McDermott after going on a date with Scott Thomas.

Malia spilt a drink on fellow Islander Kady’s leg which she believed to be intentional and led to a heated argument.

But Malia soon took it to the next level and she was taken off the show following the physical altercation.

Throughout the show we regularly see the Islanders using their phones, however the phones they are provided with on the show stops the contestants from using the internet and only allows them to receive messages from ITV bosses and other Islanders.

Personal phones are not allowed under any circumstances, and anyone caught sneaking a phone into the villa could put them at risk of being removed from the villa.

The same can be said for any books or magazines that could inform the contestants about the public’s perception of them while they are on the show.

6. No discrimination against staff

Another non-negotiable rule contestants must follow is that they aren’t allowed to be rude or discriminatory to staff on the show.

Should any contestant display any inappropriate behaviour towards the production team, stars can expect to be booted off the show without exception.

Love Island continues from 9pm on ITV2 or ITV Hub.