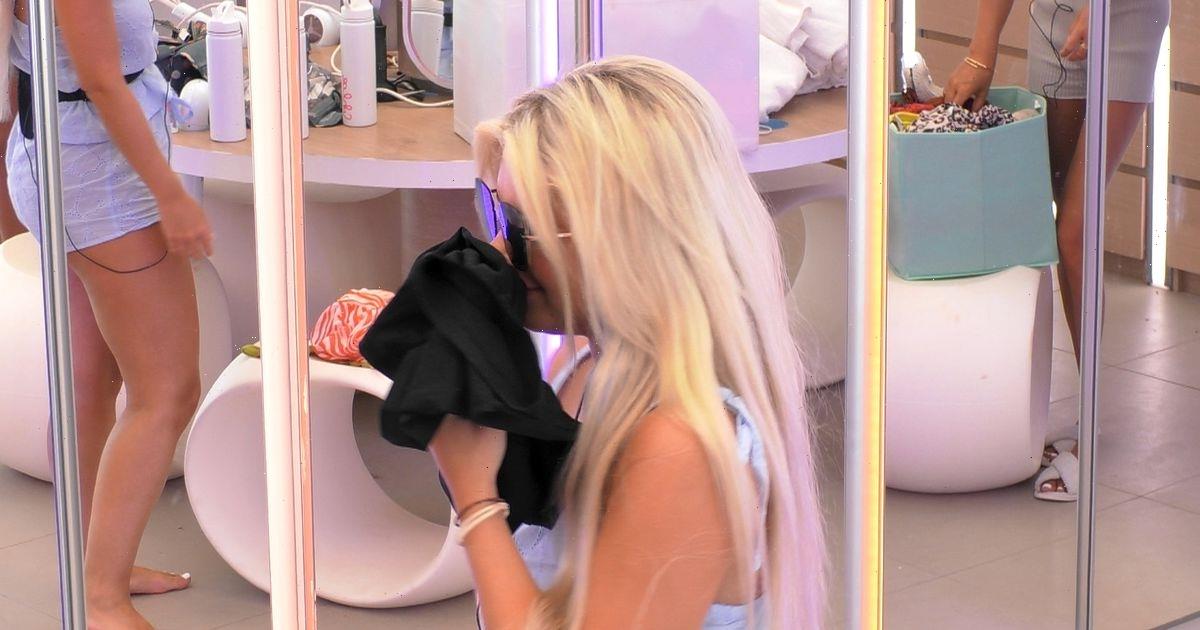 Millie Court and Liberty Poole make sure their partners Liam Reardon and Jake Cornish won't forget about them in Casa Amor on Monday's Love Island.

During the episode, the boys discover that they will be going to the second villa, where relationships will be tested with the the arrival of new bombshells, and they have to sneak out without the girls knowing.

After Liberty discovers the male Islanders have left, she tells her fellow contestants: "I don't think I'll get cheated on?" to which her best friend Kaz Kamwi warns: "Jake wouldn’t f***ing dare", especially after they made their relationship official on Friday.

Elsewhere, Liberty jokes to Faye Winter: "You kept saying you wanted Teddy to be tested."

Get exclusive Love Island stories and fabulous updates straight to your inbox with OK!'s daily Factor 50 newsletter. You can sign up at the top of the page.

To which the lettings manager, 26, replies: "I take it back, no tests for you Teddy!"

In a bid to make sure their men remember them while away in Casa Amor and to deter any future bombshells, the girls decide to pack the boys' suitcases badly.

Liberty decides to hide a bra in boyfriend Jake's case, to which she asks: "Is that alright, a bra?"

While Chloe Burrows jokes about her partner Hugo Hammond, who she friend zoned on Sunday: "I think this is his dirty washing, but it’s going in."

The marketing executive, 25, who was recently left devastated after Toby Aromolaran picked new bombshell Abigail Rawlings over her, is delighted over the prospect of new male Islanders in the main villa.

She admits in the Beach Hut: "I’m f***ing buzzing. I just want to see them all and love them all.

"I’m game. I want to flirt, I want to snog, everyone knows I love to snog. I feel so smug. I’ve got the power again.”

The full Casa Amor line-up was revealed over the weekend with one singleton, Lillie Haynes, 22, revealing that she has her eye on Liberty's Jake already.

While Love Island confirmed at the end of Friday's episode that the second villa would be returning with voiceover host Iain Stirling telling fans to "get ready".

On Sunday, host Laura Whitmore revealed she is returning to Majorca for the game-changing Love Island Casa Amor recoupling on her spin-off show Aftersun.

Elsewhere during the episode, it offered an inside look at the brand new villa which includes its very own secret Hideaway for contestants to enjoy.

For all your juicy updates on all things Love Island, sign up to our Factor 50 newsletter.

Love Island continues on Monday night at 9pm on ITV2 and ITV Hub. Episodes are available the following morning on BritBox.