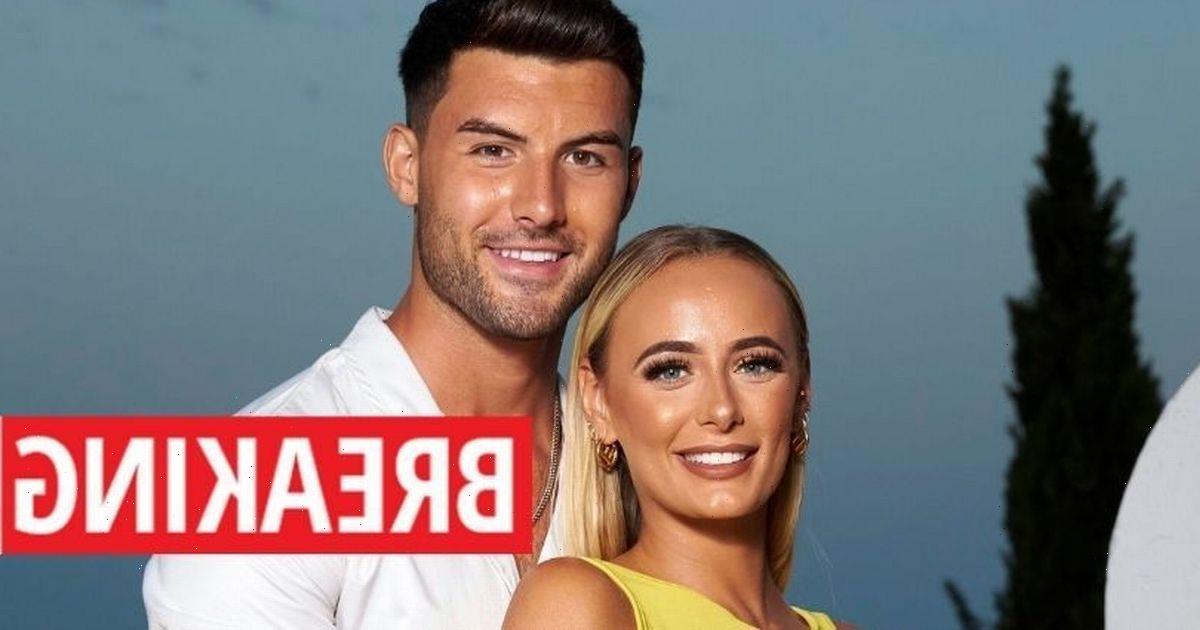 Love Island stars Millie Court and Liam Reardon have been crowned the winners of the 2021 series, with Chloe Burrows and Toby Aromolaran landing second place.

Host Laura Whitmore returned to the villa on Monday night to announce the names of the winning couple.

As usual, the champions got the choice whether to share the £50,000 prize money or steal it from their partner, but as Millie was asked whether she would like to split or steal, she chose to split the prize fund with Liam.

The happy couple follow in the footsteps of Paige Turley and Finn Tapp, who were crowned the winners of Love Island series six in February 2020.

Viewers took to Twitter to share their love for the couple as they landed the top spot of the 2021 summer series, with one user writing: "So happy that Millie and Liam are the winners and the way he asked her to be his girlfriend!"

Another said: "I'm so happy for Millie and Liam honestly, all four couples deserved to be in the final."

A third person said: "I'm happy for Millie and Liam but I'm gutted it wasn't Chloe and Toby."

Viewers were torn as Chloe and Toby landed second spot, with one user stating that they're happy Millie and Liam won due to their romance, but wished the runners-up had come first due to their thrilling entertainment throughout the series.

In the hours leading up to the final, bookies Betfair had Millie and Liam favourites to win the show in a two horse race with Chloe and Toby.

Betfair spokesperson Sam Rosbottom said: "After eight weeks of cracking on and putting eggs in baskets, the Love Island grand finale is almost upon us – and of the final four couples left on the show, it's Millie and Liam who are clear odds-on favourites at 8/13 to take home the £50,000 prize, despite significant bumps in the road in between.

"We've seen a whopping 50% of all bets going on them in the Love Island betting market."

"Chloe and Toby, who were favourites for almost all of last week, are close second favorites on 13/8 – with Faye and Teddy and Kaz and Tyler way behind on 11/1 in what is a clear two horse race for Love Island glory.

"We also make it 10/1 that either member of the winning couple will steal the money and keep it for themselves, which would be a Love Island first and a moment of television history."

Earlier in the final episode of series seven, the girls and boys swapped their bikinis and swimming trunks for show-stopping gowns and dapper suits.

The finalists woke up a text message telling them they had a day of pampering ahead of them as they prepared for the Love Island 2021 Summer Ball.

The couples were later given their private salsa lessons from dance teachers Iryna and Roma, before Kaz received a text which informed the excited girls that they’ll be leaving the villa for a trip to a spa.

As the boys got suited and booted for the start of the ball, the girls walked to the firepit one at a time, showcasing their stunning outfits.

After getting glammed up, the couples nervously take to the stage to declare their love for one another.