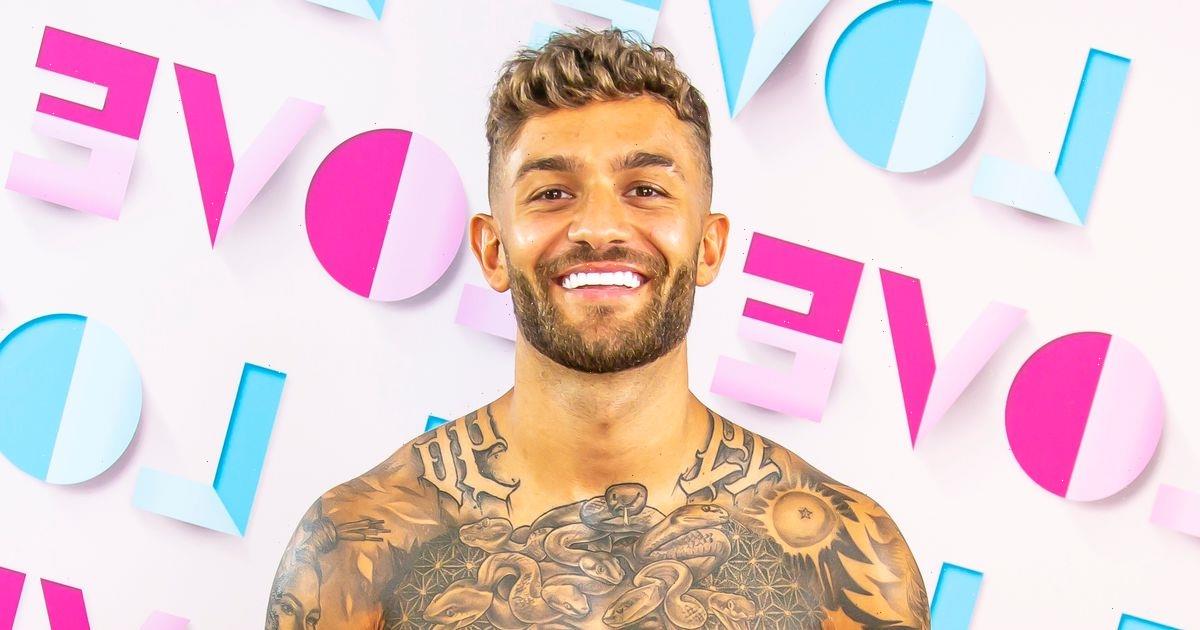 Love Island star Dale Mehmet has dismissed any AJ Bunker romance rumours after they were pictured looking cosy at Liberty Poole's birthday bash and insisted that he is just a "friendly person".

The Scottish barber, 24, also revealed that he wants to stay "single for a bit" after an "eventful summer" in the ITV2 villa and plans to "focus" on himself.

It comes after Dale and AJ recently ignited romance rumours after she planted a kiss on his cheek during Liberty's epic celebration for her 22nd birthday.

Asked how he feels about fans wanting him to couple up with AJ — Love Island viewers also previously wanted Dale to date fellow Islander Abigail Rawlings –the barber exclusively told OK! that you "create a relationship with everybody" in the ITV2 villa, but this doesn't mean it's "romantic".

Dale said: "When you're in Love Island, you create a relationship with everybody. It's not always a romantic relationship, you are creating relationships and friendships in there. Me, personally, I'm just like a big cuddly bear. I cuddle everybody, I'll give everybody a kiss on the cheek.

"That's just me, it's how I've been brought up. Do you know what I mean? If somebody said to me: 'Oh, give us a kiss on the cheek'… oh, that looks like it could be a thing, but it's not always like that. It's just my personality."

Dale added that he is just a "friendly person" and he also spoke about fans wanting single Love Island stars to couple up after viewers recently demanded that Liberty and Brad McClelland go on a date following an innocent snap from her birthday party.

The Scottish hunk said: "I see lots of these things, they are funny though, people as soon as they see you with someone they're like: 'Oh, you would look nice as a couple.' But I think the fans just like to see everybody with someone."

Dale added that he wants to remain single "for a bit" after an "eventful summer" in the Love Island villa and that he plans to focus on "doing his own thing", which includes getting into fashion and modelling.

He said: "I think I've had an eventful summer, so I think maybe stay single for a bit. I'm one of these boys, if something comes along, obviously I'll go full ahead. I need to meet someone I proper click with to be doing that."

Dale added: "It's good I get to focus on myself and doing my own thing for a bit."

Asked about his future plans, the Love Island star said he wants to get into fashion and modelling.

"As much as barbering has been my main thing, fashion and modelling is something I've always wanted to do on the side. Now I've been given an opportunity, I can try to pursue something to do with fashion and see where that goes."

To read more about what this year's Love Islanders are getting up to now, sign up for OK!'s daily newsletter here.