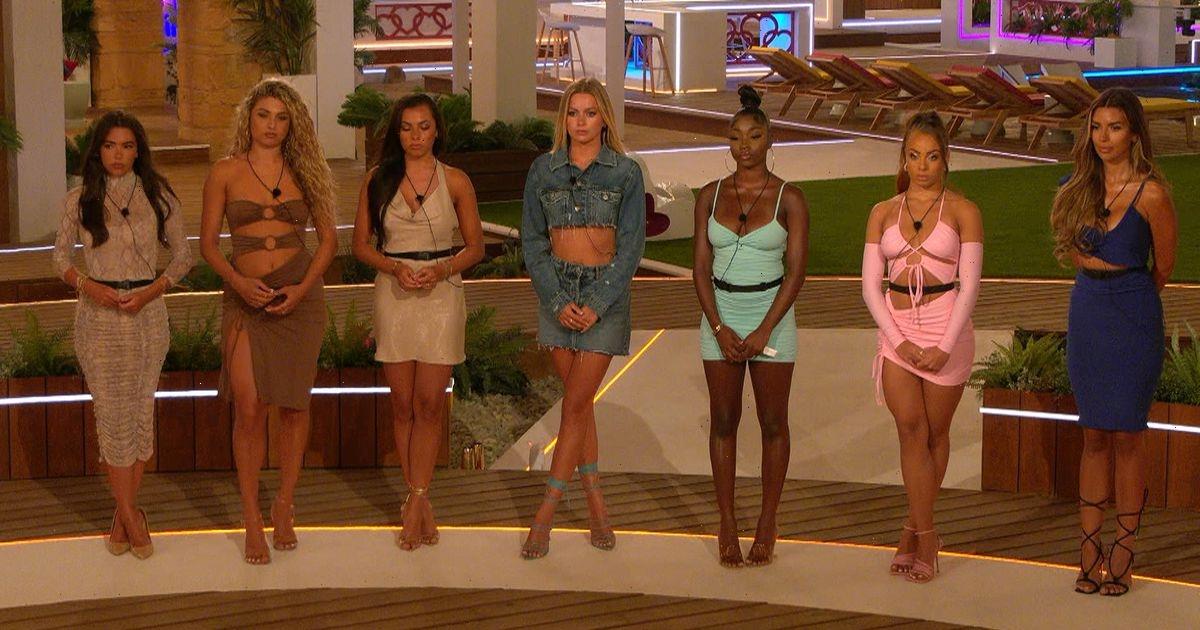 Lots of drama is in store for the Islanders in tonight’s episode of Love Island, which will see a tense recoupling.

This time the boys have a tough decision to make as they’ll be the ones choosing which girl they want to couple up with.

The recoupling comes after the Islanders had a busy day in last night’s episode.

Davide made his move on Danica while new bombshell Charlie and Tasha got to know each other on a steamy hot tub date.

Meanwhile, Ekin-Su came to blows with Jay in an explosive argument after he revealed he was interested in Paige.

Now, things in the villa are really heating up and tonight’s recoupling could change the dynamic completely.

Here’s how the couples are likely to change. Danica entered the villa less than a week ago as a bombshell and the Islanders were shocked when she had to choose a boy to couple up with after less than 24 hours on the show.

Taking a chance, Danica chose Luca Bish, who she said looked most like her ex.

But the risk didn’t play off and Luca wasn’t happy with her decision.

The recoupling put a divide between him and Gemma Owen, who he’d previously been coupled up with.

Luca chose to sleep in the living room rather than share a bed with Danica and has remained faithful to Gemma despite their new partnerships.

Now, it looks like Luca and Gemma will finally get their chance to couple up again and it’s likely that the fishmonger will wave goodbye to Danica. Gemma chose to couple up with Davide after Danica’s decision to go for Luca.

Davide and Gemma had already coupled up once before earlier on in the season, and fans weren’t happy when the 19-year-old kissed Davide, who is eight years older than her.

Although they’ve been sharing a bed, Gemma has claimed that there’s no romantic connection between her and the Italian hunk. And Davide has had his sights set on someone else, surprising fans last night when he quickly went in for a kiss with Danica, leaving viewers to believe that they’ll continue to strike up a romance.

But it’s not certain yet which girl Davide will choose to couple up with. Although he’s said that singer Antigoni isn’t his type, he later went on to say that he’d have to kiss her too to really find out which girl he likes best. Tasha and Andrew have been coupled up since day one and were recently at risk of being booted from the villa after being among the Islanders with the least amount of public votes.

Since their exit scare, Tasha and Andrew have been getting closer, but that could all change with fans predicting that Tasha’s head has been turned by new boy Charlie.

Charlie Radnedge had his first full day in the villa yesterday and decided to take Tasha on a date in the hot tub.

The pair hit it off as he revealed he found her attractive and she said she was open to getting to know him.

It looks like Andrew and Tasha’s relationship is set to hit the rocks in tonight’s episode.

A preview of the episode showed Tasha breaking down in tears ahead of the recoupling while Andrew seemed angry about her antics with Charlie.

He fumed: “One minute Tasha wanted to leave with me and now she wants to get to know him. You know what, f*** this.”

Indiyah and Dami are both technically single after the other halves of their couples left the villa in a shock double elimination this week.

But while Amber and Ikenna’s exit upset the other Islanders, it did come with a silver lining for Indiyah and Dami, who’d been wanting to explore their feelings for each other.

Now, the pair have been looking quite loved-up as they get closer to each other and it looks pretty certain that Dami will choose to couple up with Indiyah tonight.

Ekin-Su and Jay’s coupling had a controversial start after they were caught sneaking around together while she was with Davide.

Now it looks like their relationship is crumbling too, and last night saw an explosive argument between the pair as Jay revealed he wanted to get to know Paige.

Ekin-Su called him “the biggest player” in the villa and told him to “Just f**k off” as she stormed away from him.

With tonight’s recoupling, they could be parting ways for good.

Jay’s been open about having his eyes on Paige but whether he’ll risk breaking up her coupling with Jacques remains to be seen.

Paige and Jacques’ relationship in the villa has been going from strength to strength recently.

This week they shared their adorable first kiss together and spent a steamy night in the Hideaway.

But Paige broke down in tears yesterday after Jacques told her he was fine with her getting to know Jay.

Jacques went to the dressing room to comfort her in a touching moment that convinced many viewers he truly does care about her.

One fan tweeted: “You can tell Paige and Jacques have the most genuine connection just by the way they look at each other.”

They’re quickly becoming the villa’s favourite couple, but if Jay chooses first tonight then Jacques could be at risk of having Paige stolen away from him.

Who will the villa’s new bombshells couple up with? The villa’s two newest bombshells, Antigoni and Charlie, still aren’t coupled up with anyone, but that could change tonight.

Charlie will get to pick who he wants to couple up with and currently has his eyes on both Tasha and Ekin-Su after going on dates with both girls yesterday. Meanwhile, Antigoni will need to be chosen by one of the boys. So far Davide has expressed some interest in the Cypriot bombshell but he’s also been getting to know Danica.

If Davide goes for Danica then Antigoni could be left single.