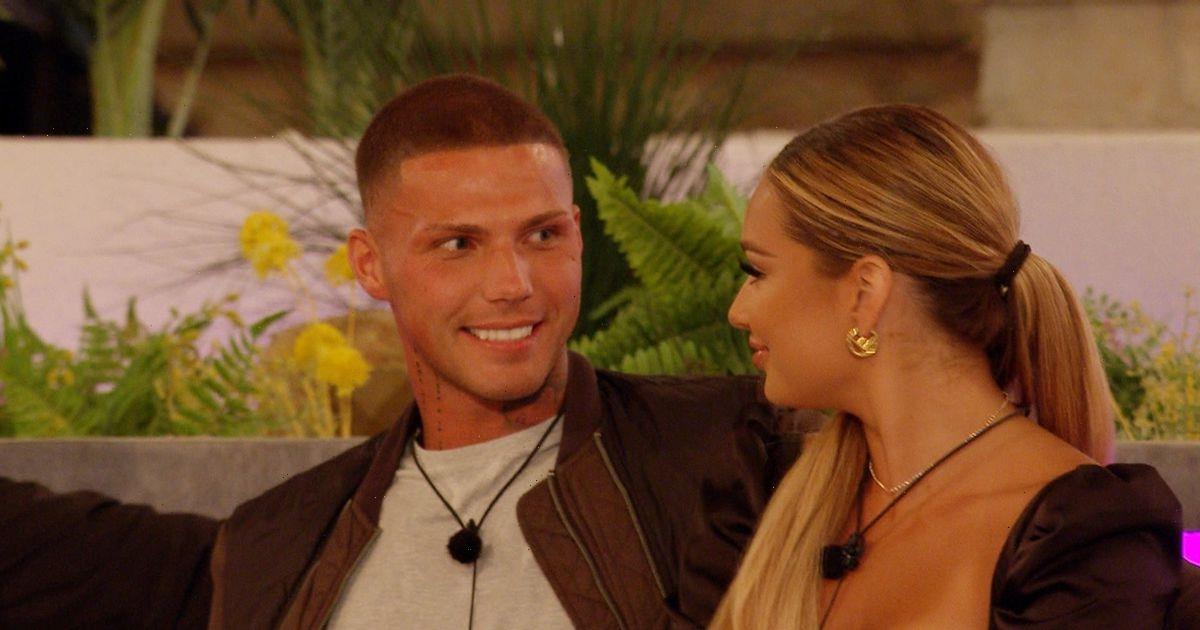 Tattooed hunk Danny was spotted trying to talk like Lucinda while telling pals Jake Cornish and Liam Reardon about the conversation they had earlier on that day.

Viewers claimed they spotted "red flags" after Danny warned her the night before "don't mug me off" as Aaron Francis tried to snog her.

The boys asked Danny on his thoughts about coupling up with Lucinda.

The plumber then impersonated the Brighton-based beauty saying: "Well I asked her, 'if you wasn't in a couple, who do you see yourself gravitating towards?' and she replied 'well I don't know really. Erm. Yeah. Erm'."

After the convo between the lads, all of the islanders participated in the annual game of Snog, Marry, Pie.

Fans of the ITV2 dating show exploded onto Twitter in disgust when Danny walked past Lucinda and said "You've ignored me all day so…" before snogging new girl AJ Bunker.

He also picked Millie to marry and pied Lucinda, telling her "treat them mean keep them keen".

One viewer said: "Danny’s stare at Lucinda during that challenge sent shivers down my spine"

Another tweeted: "The way Danny is mocking Lucinda speaks volumes. I can’t stand him."

A third penned: "Danny mocking lucinda just because she hasn’t fallen head over heels for him yet makes me uncomfortable"

While a fourth social media user said: "Danny is the first boy to go in that villa that actually scares me. the way he’s that possessive over Lucinda is creep af. he reeks of toxicity"

"You can tell how toxic he is & that he loves having a hold over women just from looking at his behaviour and he’s only been there 2/3 days!?"

Danny and Lucinda then broke things off in a candid chat.

"I need to just nip it in the bud I think," Danny said.

"You need to nip it in the bud" Lucinda agreed.

He added: "I don't think we're vibing with each other at all."

"No I don't think we are to be honest," Lucinda said.

Danny said: "You're like the Lamborghini I want to drive, put the key in and it doesn't work."

Lucinda has been seen cosying up to Aaron, but will they take it to the next level?

Love Island airs nightly on ITV2 and ITVBe at 9pm