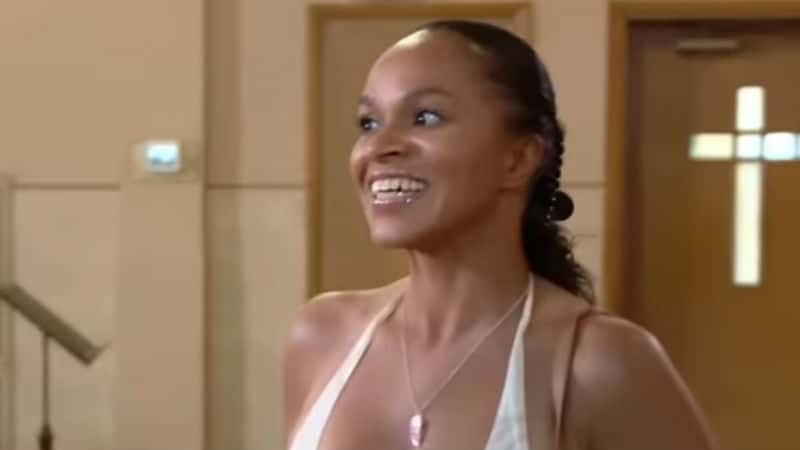 Love After Lockup couple Scott and Lizzie have become synonymous with the show. They were featured on Season 1, but due to a delay in her release, they weren’t able to reunite until Season 2. Now that viewers have seen them interact on the outside, there is a lot to unpack.

Last week, Scott proposed to Lizzie on Love After Lockup. She said yes, but only after a bunch of hesitation and coaxing.

They have been having issues since she was released and up through this point of the show, Lizzie still has no idea that Scott is broke.

Where
do Scott and Lizzie stand?

For a while, it looked like Scott and Lizzie had separated. She is currently living in Wisconsin and he is in California.

His social media has been mostly dead except for four photos on his Instagram account. Lizzie posts daily and talks about how she is now a Godly woman.

She recently shared that she offered to pay Scott back some of the $90,000 he spent on her throughout their relationship, but he declined. There has also been some talk about her relapse with alcohol, but she is adamant she hasn’t used heroin in two years.

Lizzie confirmed that she still had the engagement ring from Scott and revealed the two were still together.

A lot of followers called her bluff, and some even suggested that she was only putting the ring on for . However, it looks like Scott and Lizzie may have really been working on a long-distance relationship.

Did
Scott cheat on Lizzie?

Of course, there are a lot of comments about all of this and Scott showed up to defend himself. He claims he is being stalked and it is clear that no one is buying that.

I was really upset that Scott has a picture of another woman on his Instagram story and I read my daily devotional and it says keep your focus on God don't worry about this! #putgodfirst #upset #sad #why #trynottocry #wetv #loveafterlockup #dailydevotional 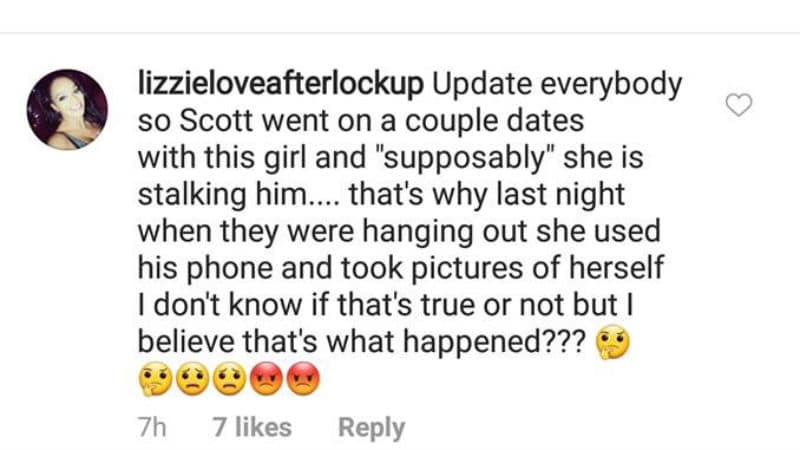 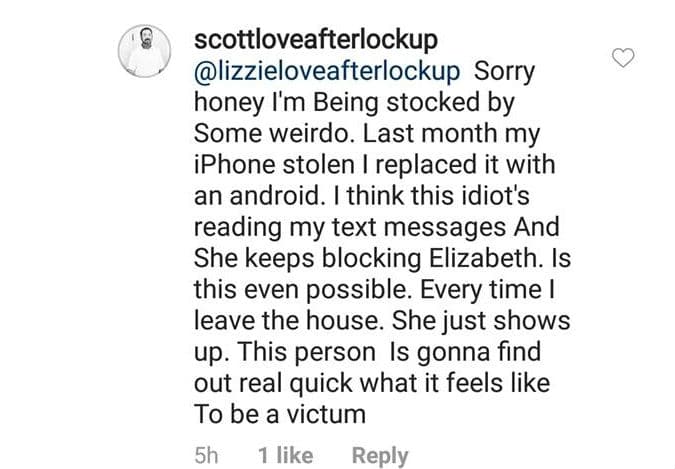 There is a lot of speculation that something went down that Scott is hiding. Lizzie is claiming that he went on some dates with this mystery woman while they were engaged.

This is going to get messier before it gets better, and with Love After Lockup extended to another 10 episodes, this could bump up the ratings.

Love After Lockup airs Friday nights at 9/8c on WEtv.