The singer made the flirty revelation playing a game of ‘snog, marry or avoid’ on stage at her one-off gig at The Clapham Grand in South London on Friday. 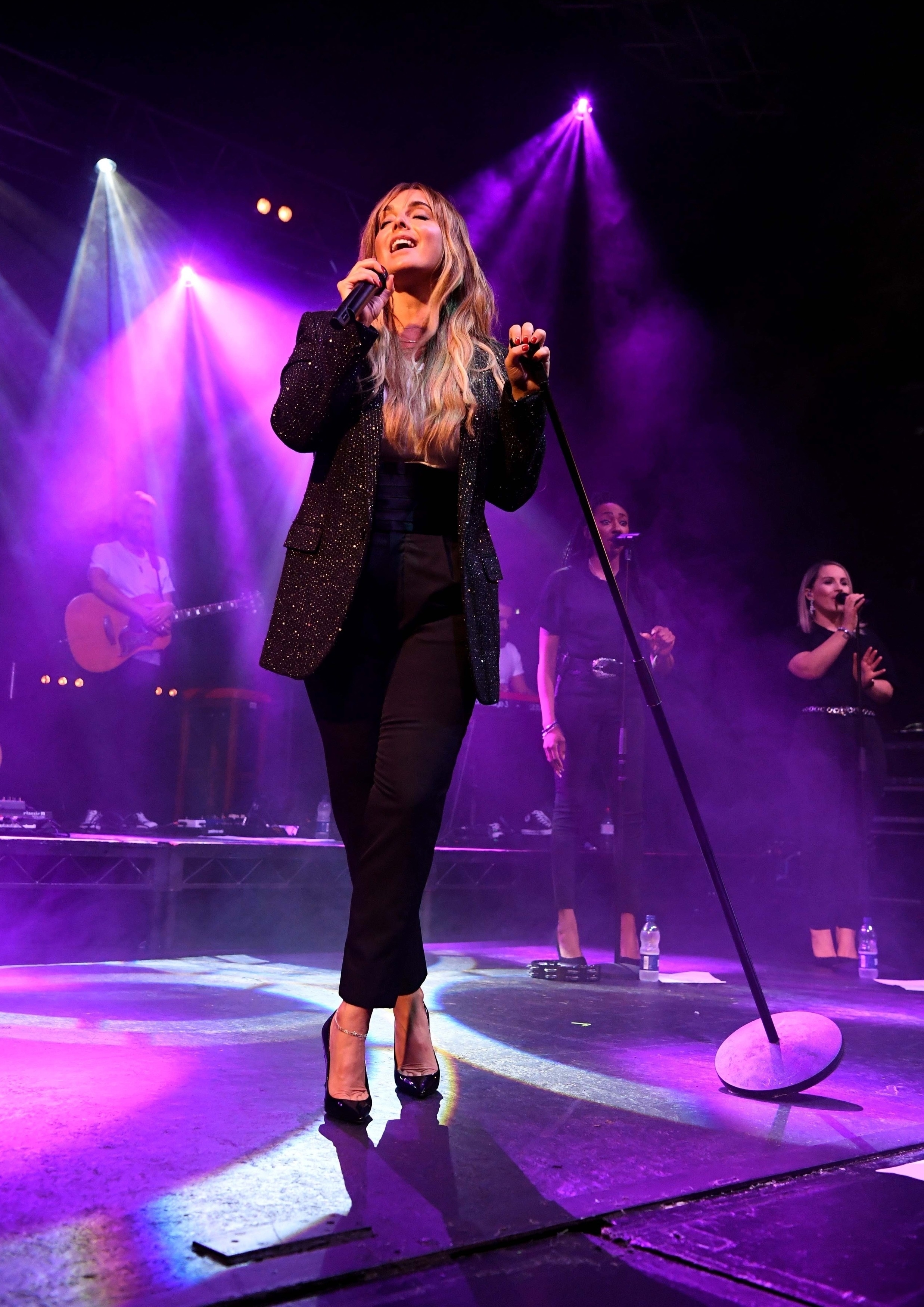 As well as belting out her back catalogue at the socially distanced gig, the mum-of-two took part in a fun Q&A sesh.

Asked who she’d rather snog, marry or avoid out of Becks, Leonardo Dicaprio or Robbie Williams, she quipped: “I’d most probably snog them all if they were single.” She added: “I’m very, very single.”

The sportsman-turned-TV star, who split from Louise three years ago, said: “I’m no David Beckham — he was the player who cared more than anyone else and that’s why he was the first to transcend football. He’s definitely made it more glamorous.

“When I first signed for Liverpool we had beers on the bus — now it’s all hair gels and moisturisers in the dressing room.” 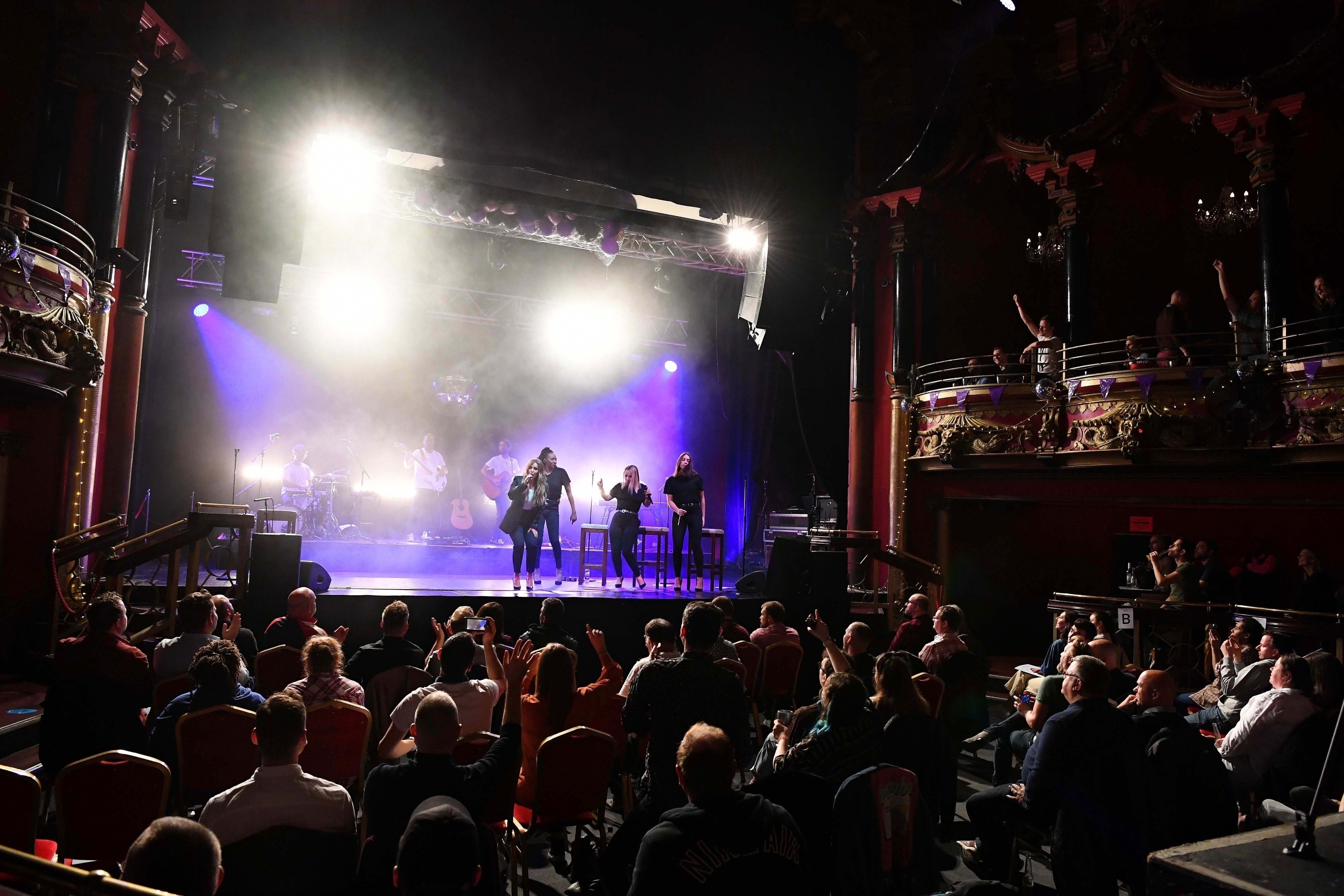 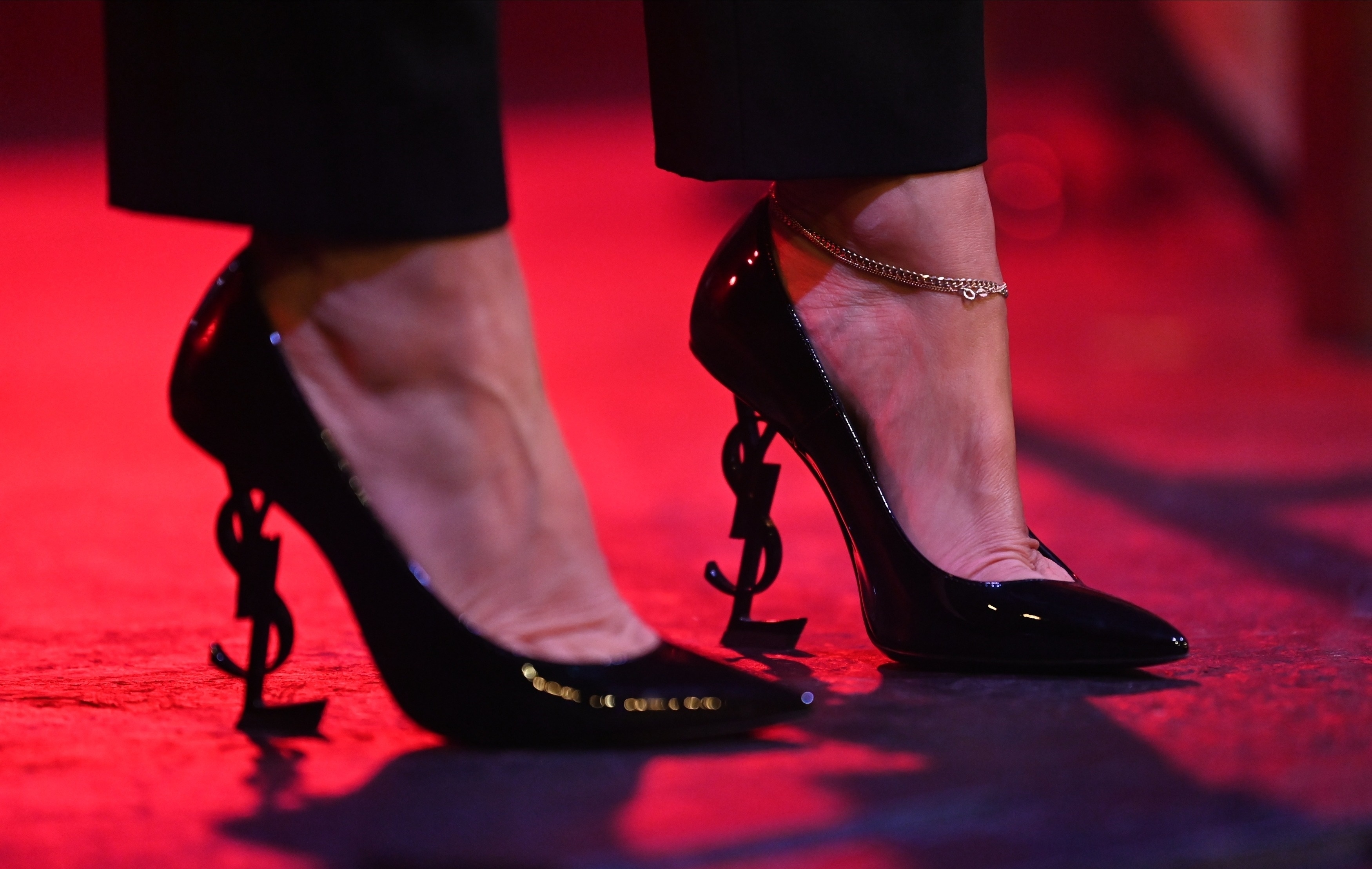 At the gig, Louise also hinted that her Nineties girlband Eternal could reunite — 15 years after she left to pursue a solo career.

She revealed: “It is definitely something I’d be up for. We have talked about it. And who knows . . .  we’ll see what next year brings.”

Louise showed off her amazing figure in a sleek trouser suit and sky-high £840 YSL heels.

And she confessed she turned down a huge role on US sitcom Friends in 1998 to appear on Top Of The Pops to promote her Woman In Me album.

She was offered the part of Emily, wife of David Schwimmer’s character Ross Geller. The role was eventually given to Cold Feet star Helen Baxendale.

Louise said: “I didn’t have a lot of time and a lot of people were investing money into the album. Back in the day Top Of The Pops was huge, so I turned it down.”

Louise may have had to cancel her tour this year, but she will be making up for lost time in 2021.

She said: “It would be great to do more acting next year and I’ll be bringing out a new album.”

READ ON FOR MORE OF THE BIZ ON SUNDAY COLUMN

Amanda out on a limb

AMANDA Holden must have found some extra-high-leg knickers to manoeuvre her way around this asymmetrically challenging gown on last night’s Britain’s Got Talent.

The judge recently admitted that her boobs needed their own “committee” after facing a barrage of Ofcom complaints about her flesh-flashing frocks.

But she might need a separate committee to make sure her nether regions are kept in check as well.

The TV star is enjoying huge success with her album Songs From My Heart – it’s currently sold out on Amazon.

I’m botoxed to the hilt 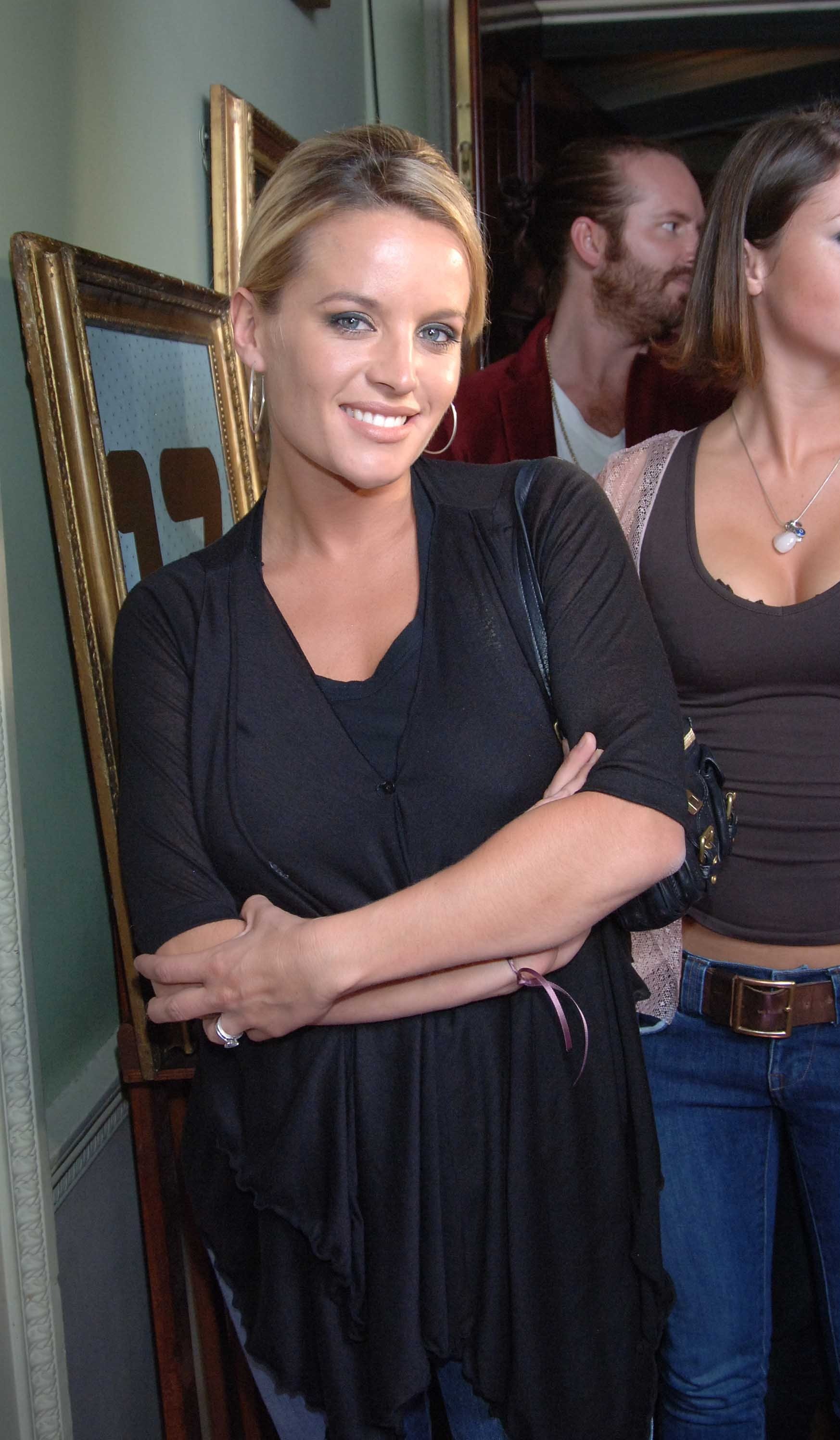 “They’ve got their vegan food, their organic wine and their woke coke and a spliff, going, ‘It’s fine, it’s fine, I know it’s sustainable, we’re actually putting back into the countryside’. When you look back on the hypocrisy, it’s bulls**t.”

The mum-of-four also revealed her alcoholism had cost her millions. Speaking to DJ Fat Tony on his podcast The Recovery, Davinia said: “I’ve lost millions being a p**s can and I don’t want it to happen to anyone else.”

Last year she celebrated a decade sober, saying: “I was lucky enough to hit rock bottom before I turned 30 so I’ve done all my 30s sober. Some people have to wait till they’re 60.

“The first ten months were harder than the past ten years. Every single cell in my body was telling me to take a drink. It was like being taken over by a parasite and the only thing you can do about it is to go cold turkey.”

TOWIE’s Courtney Green is having her lip fillers REMOVED so she can return to a more natural pout.

She told us: “I had my lips done a few times. Everyone around me was doing it and I just wanted to try it. 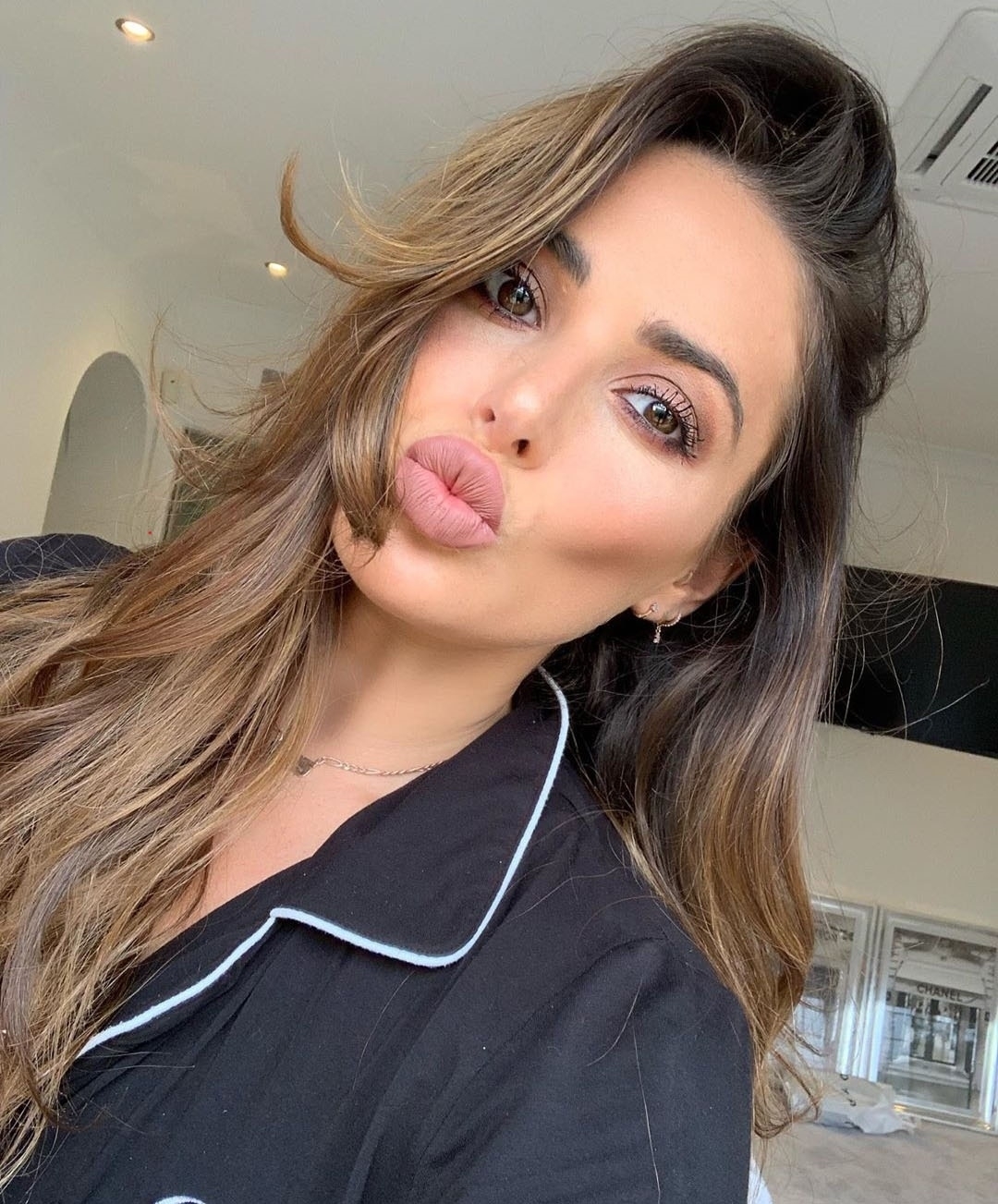 “I’ve always had plump lips, and now they look too swollen, especially in the morning when I’m tired. As soon as the series is over I am having them dissolved. I’m too scared to get Botox yet as my face would freeze.”

Courtney plans to introduce her boyfriend, recruitment consultant Callum Bushby, later in the series of the ITVBe show – which is on tonight at 9pm. She added: “I was a bit wary, as when my last relationship with Myles Barnett was on the show it all went t**s up. It taught me a lot about what I don’t want in a man.”

WITH an estimated worth of £120million you would think Miley Cyrus might be able to find a pair of tights without holes in them.

The singer showed off her lengthy pins in a leotard while filming a music video with Dua Lipa in New York.

She even tried to disguise herself with a top hat and shades.

You can’t fool us, Miley.

Zoe's in the zone

ZOE Hardman says she’s more in control of her career after launching a podcast.

The TV host presents Made By Mummas with best pal Georgia Dayton and has interviewed a host of stars including Jools Oliver, Louise Redknapp and Kirsty Gallacher.

The mum-of-two said: “It’s a really good feeling being in control. We’re getting to do something we absolutely love and adore and there isn’t anybody saying, ‘No, you don’t quite fit the bill on that one’.”

Zoe added: “After I had my kids I realised the telly I want to do has got to be really meaningful – investigative journalism and lifting the lid on women’s issues.”

GUY Ritchie is giving George Foreman a run for his money by releasing his own cooking appliance.

The film director is launching the Gritchie Grill, along with a range of other related products. 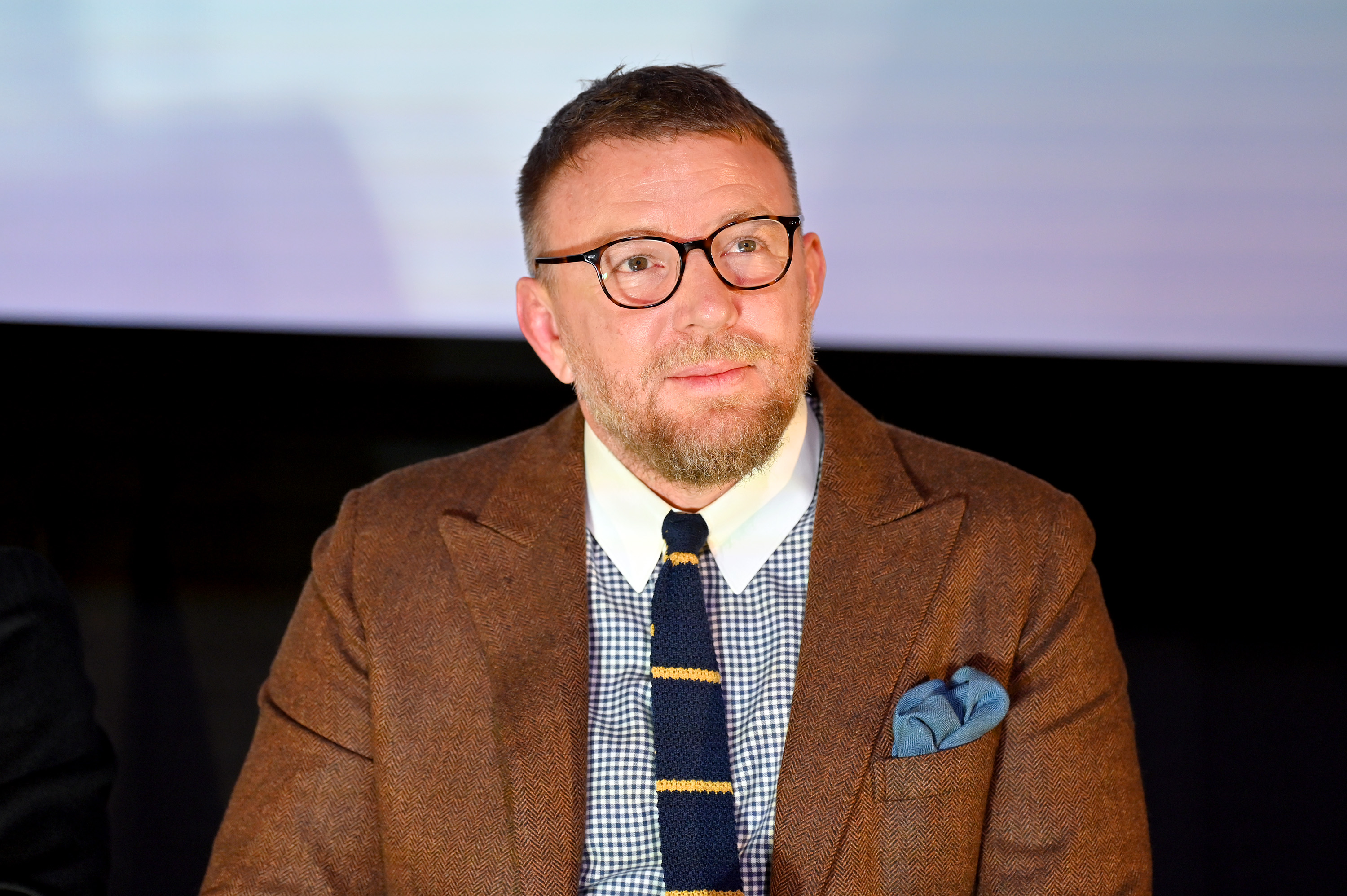 He has applied for trademarks under the categories of charcoal, gas heaters, cookbooks and cooking utensils.

A source said: “Guy is passionate about this side project, which comes from his love of entertaining. He featured an early model in his film The Gentleman last year and has high hopes for the brand.”

Guy has already had success with his pubs and the Gritchie Brewing Company, which produces real ale.

Ironically, his ex-wife Madonna is a strict vegan. He’ll have to get the tofu in if she comes round for dinner. 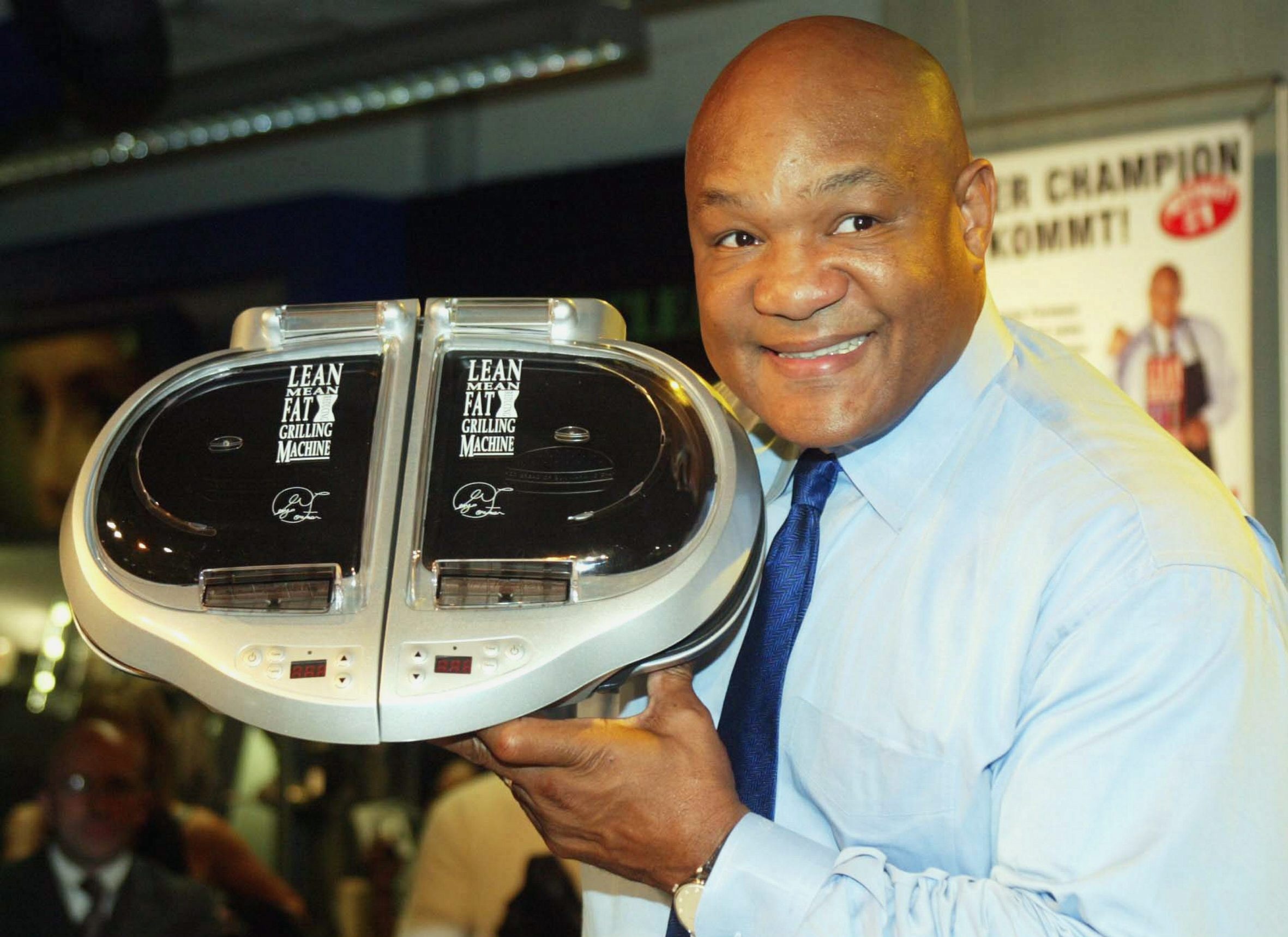 James: Drugs not my thing

FORMER Busted star James Bourne has always managed to stay focused on music – despite the rock ‘n’ roll temptations around him.

The boyband guitarist, whose debut solo album, Safe Journey Home, is out next month, told us: “I’ve been around so many drugs and seen people do a lot of drugs. I saw more drugs in LA than my whole time in Busted. 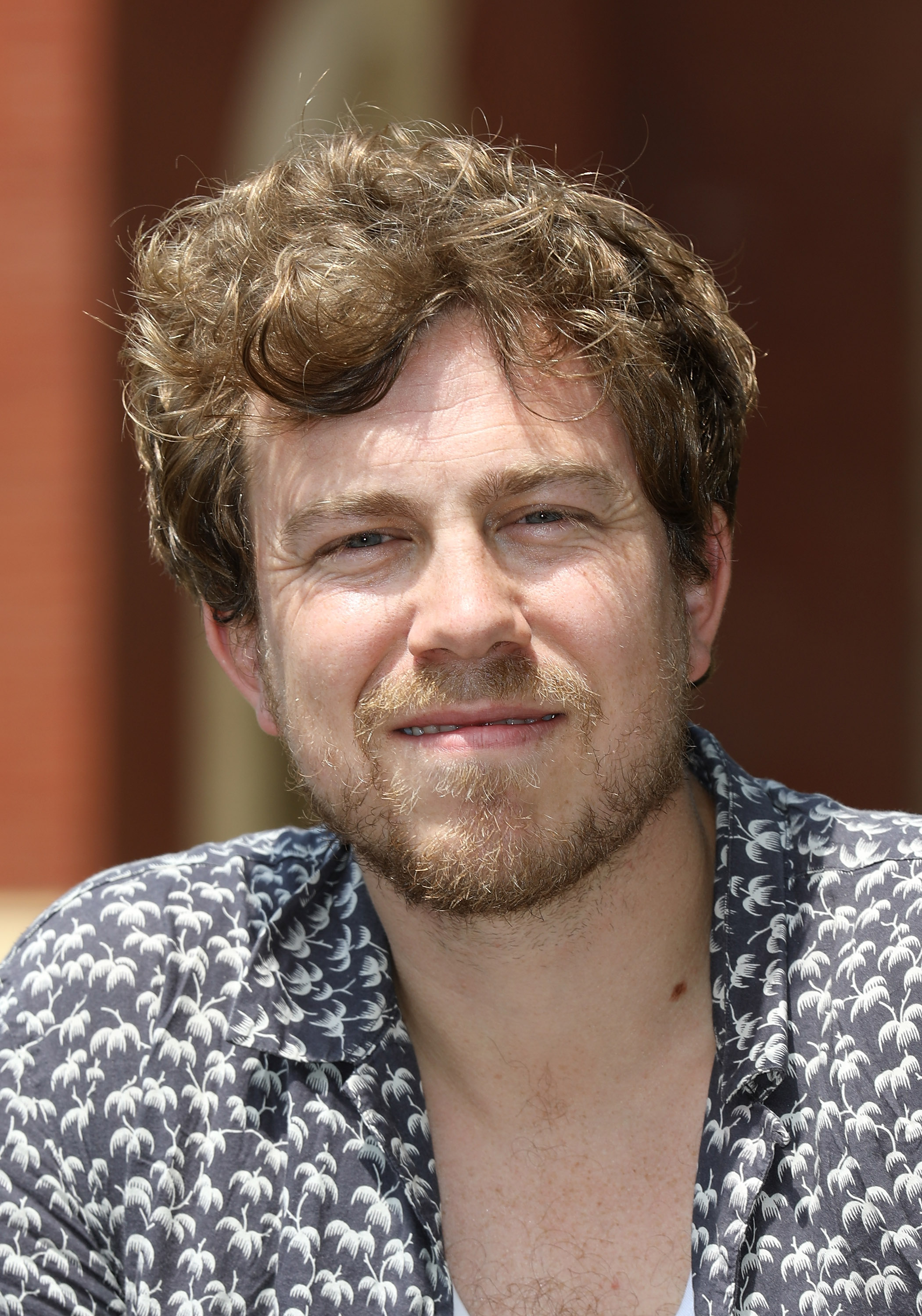 “It’s never been on the menu for me. I don’t judge people for doing it. I’ve just never felt the need to go down that road.” Good for you . . .

I'll have dish of the Dane

BEATS aren’t the only thing DJ Dane Bowers can cook up.

The former Another Level star is keen on  running a restaurant. In an exclusive chat, Dane told us: “I’ve done Come Dine With Me and stuff so as far as owning a restaurant goes, I’d love it.”

He added: “There’s a lot going on and a TV show could potentially be in the pipeline.”

“Every time I see Jon Voight I can’t help but wonder what miracle allowed him be the father to Angelina...