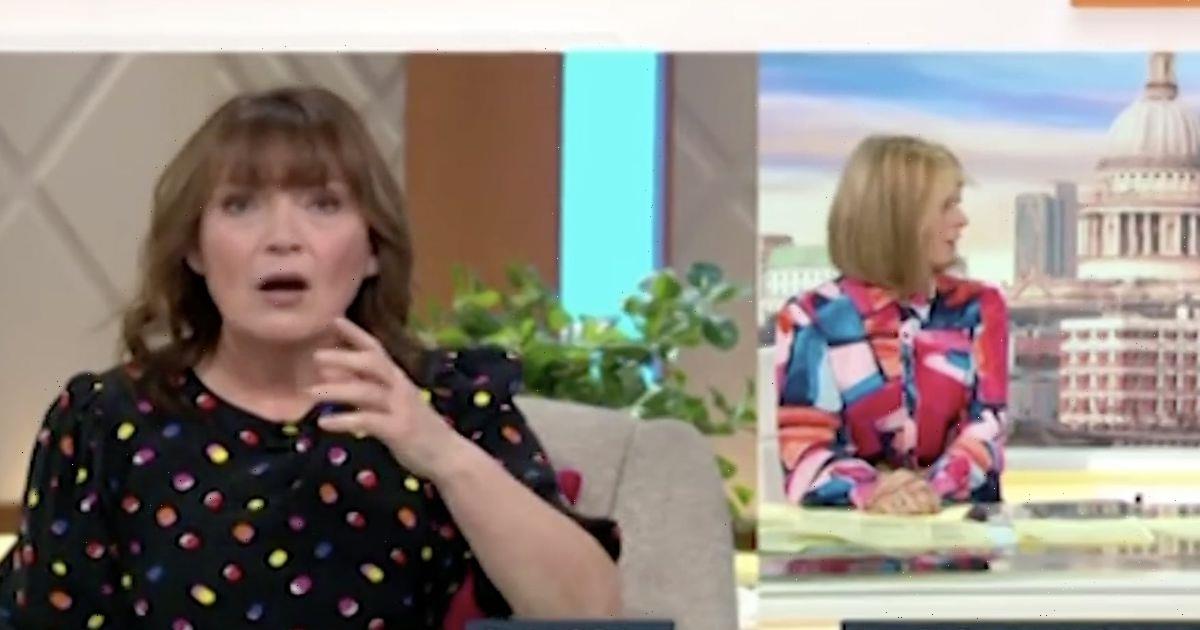 Kate hosted her first show after taking over from Piers Morgan on Thursday 3 February where she was joined by football legend John Barnes.

However, during the link from Good Morning Britain to Lorraine, Lorraine, 62, made a big blunder as she revealed she hadn’t tuned in as she’d got her days mixed up.

As Kate, 54, and her GMB co-host Ben Shephard chatted with the Scottish TV star, Lorraine commented: “I’m looking forward to seeing you tonight at 9pm. That’s going to be great!”

As Kate and Ben looked confused, Tipping Point host Ben clarified: “[That was] last night. You can watch it on catch-up, Lorraine, don’t worry.”

As an embarrassed looking Lorraine’s mouth dropped and she said “what?!”, Kate collapsed into a fit of giggles.

Ben then tried to help Lorraine out by saying: “It’s been a long week, Lorraine. Unless you’re doing someone at 9pm tonight.”

In reply, Lorraine quipped: “Yes I am, I’m going to watch!”

Kate also joined in the joke, laughing: “I tell you what I’m doing, I’m going round to Lorraine’s house to find a VHS to play it to her.”

This comes after Kate was heaped with praise for her very first show since stepping into Piers’ shoes after he quit after twelve years.

After the episode with John aired, viewers took to social media to compliment the star on her interviewing style.

One fan: “You’ve smashed it! Your interview with John Barnes is fabulous and your skills exceptional!”

Another added: “Big shoes to fill but you’ve absolutely smashed it.”

They added: “You have a great, relaxed & engaging interviewing style that will garner honesty from your guests. You’ve already made it your own. Wishing you every success.”

The rest of the series will see Kate joined in the studio by Welsh singer Charlotte Church and Bake Off winner turned TV presenter Nadiya Hussain.

For more daytime TV moments, sign up to our daily OK! Newsletter. Lorraine continues weekdays at 9am on ITV