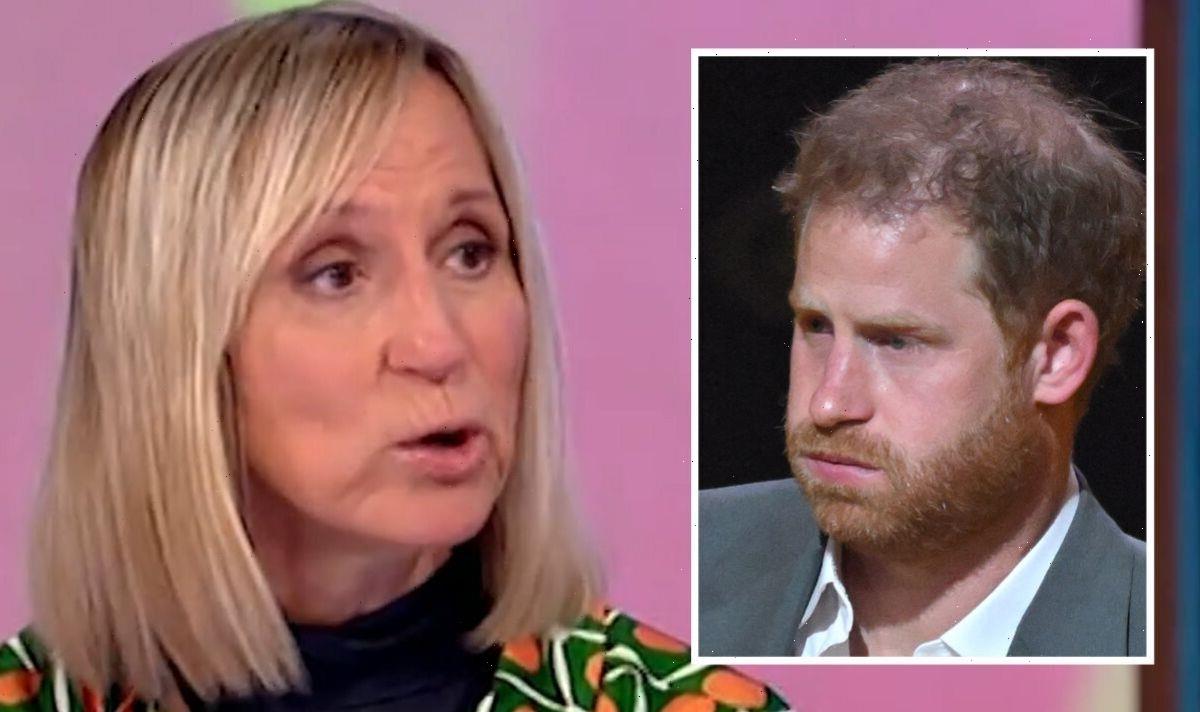 Prince Harry is set to release two interviews this Sunday ahead of his tell-all memoir, Spare. Loose Women panellists Ruth Langsford, Brenda Edwards, Carol McGiffin and Kelle Bryant were discussing the upcoming book and left Carol and Brenda in a heated debate, going head to head with their views.

Carol insisted that Prince Harry and Meghan Markle needed to stay quiet and live in their house in America like they keep telling the media.

However, Brenda was insistent that Harry and Meghan should be able to voice how they feel and the reasons they stepped away from their working duties.

In a recent snippet from the upcoming interviews, Harry claimed that he would like to have his father, King Charles III, and his brother Prince William back.

Discussing the interview clips and the book, Carol slammed: “He doesn’t say what he wants that is the point!”

Brenda explained: “He wants acknowledgement that he went through this!” however Carol was insistent on getting her point across.

Interrupting Brenda, she exclaimed: “Yes but here is the point, he acknowledges himself that the Royal family never complain, never explain so they are not going to do that publicly.

“They know full well that even if they did think they were in the wrong, as Ruth says and gave them an apology or acknowledgement or whatever, Harry and Meghan would make it public.

“So it is not going to happen and the thing is I think it is easier said than done, obviously a reconciliation but it can happen.

“But it needs to start with Harry putting a sock in it frankly he does need to stop going on and acting like he’s a perpetual victim.”

In the trailer with Anderson Cooper, Harry gave a blunt reply when asked whether he would ever return to the UK for royal duties.

Anderson asks: “Can you see a day when you would return as a full-time member of the Royal Family?”

But Harry simply and bluntly replies: “No”.

When asked about a reconciliation with his family, Harry stated: “Every single time I’ve tried to do it privately, there have been briefings and leakings and planting of stories against me and my wife.

However, all the talk about Harry and his latest controversy has left ITV viewers annoyed over the “excessive” coverage.

@accordingtosals commented on their Twitter account: “@GMB it’s not a competition as to who is going through more. Everyone’s problems are relative to them. #harry #givehimabreak #gmb #goodmorningbritain.”

@arpz fumed: “Listen to what he’s saying! Harry and Meghan are not the monsters here. @GMB you’re fully complicit in furthering this idea.

“If there wasn’t a need to complain, it wouldn’t happen. Royalists, cry more. It’s pathetic..”

@twitthickos said: “Madeley, you are the one going on about Harry and filling our screens with it. We can’t escape you and the media s****ing him off.” (sic)