The panelists struggled with their costumes and ended up flunking the attempt. Kaye Adams, 55, was first to attempt to achieve the coveted accolade as Guinness World Records invigilator Adam Brown stood on hand to oversee the effort.

The telly host took on the challenge with gusto – rapidly clothing herself in the elf outfit as her fellow panellists and the audience cheered her on.

But despite her best efforts she failed to beat the record and threw her prosthetic elf ears to the floor in mock annoyance.

Next Stacey Solomon, 29, rose to the challenge. 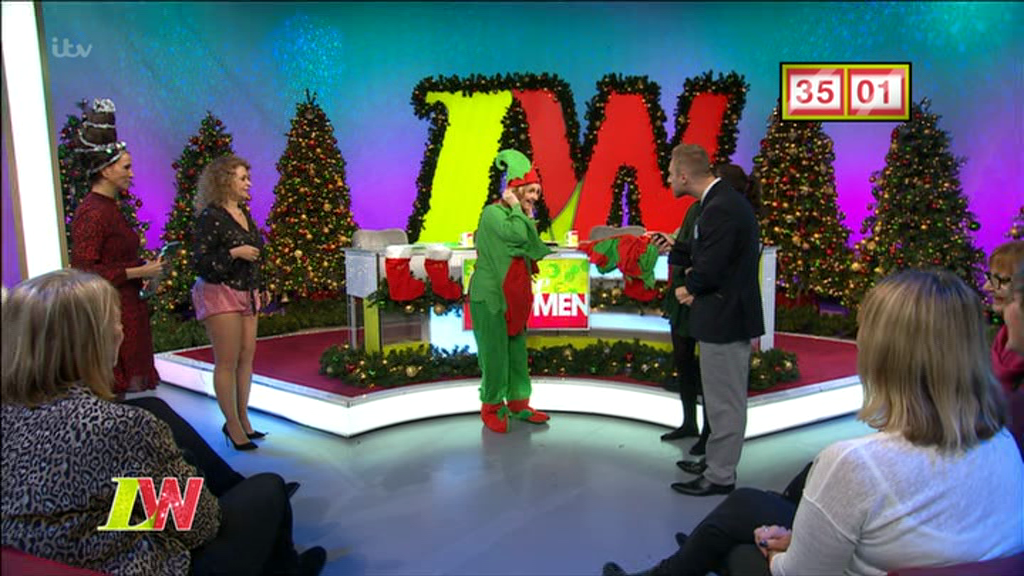 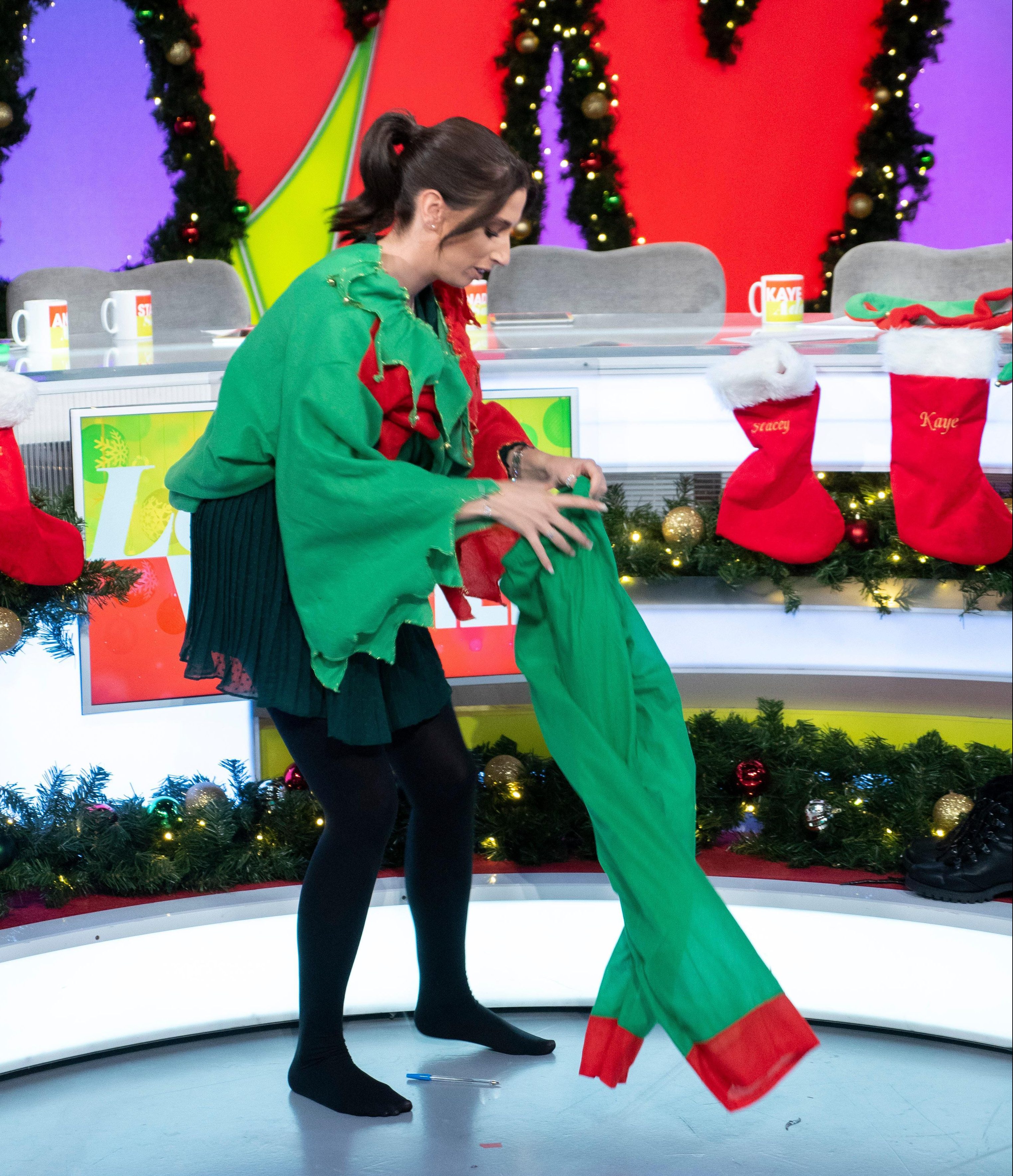 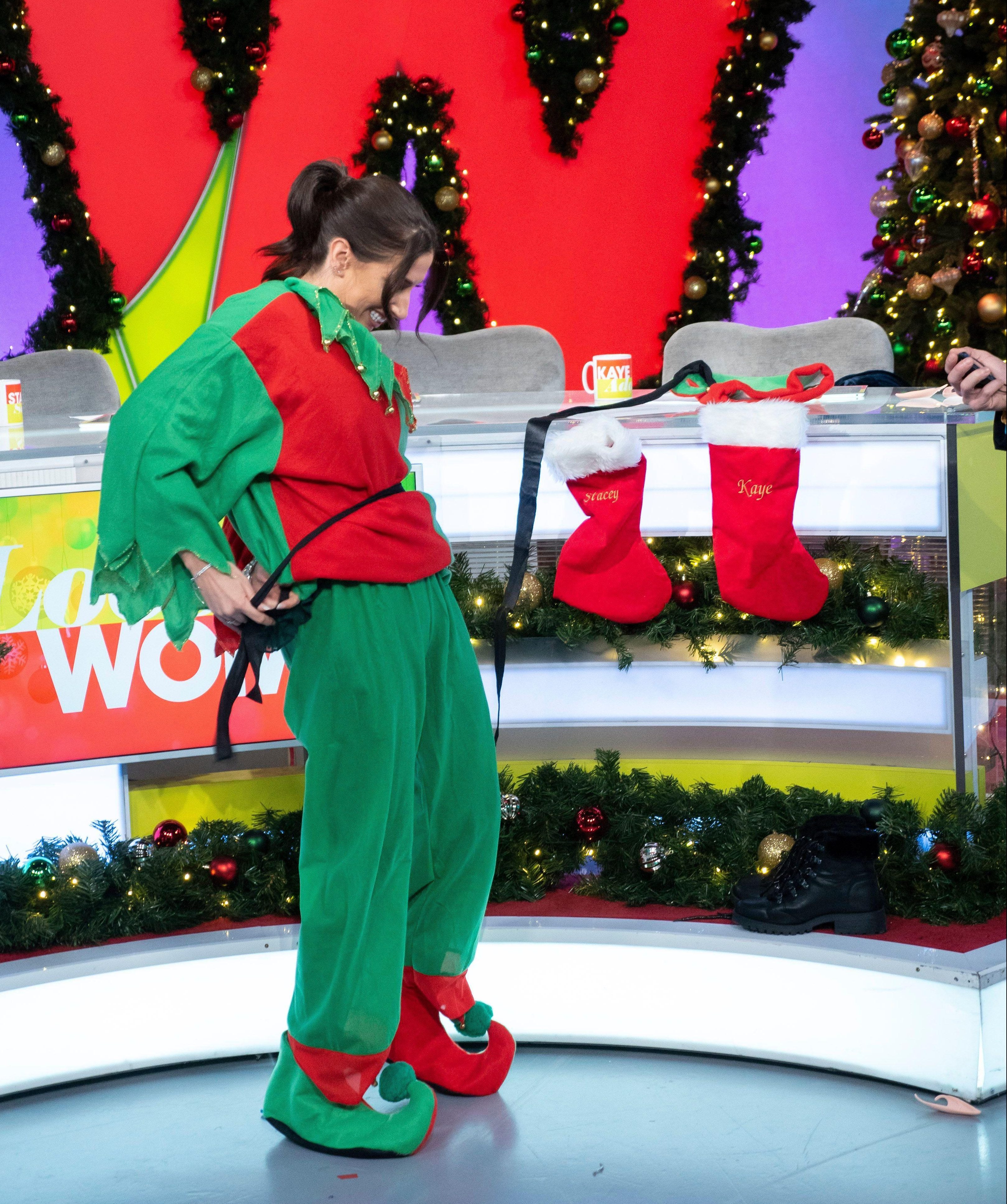 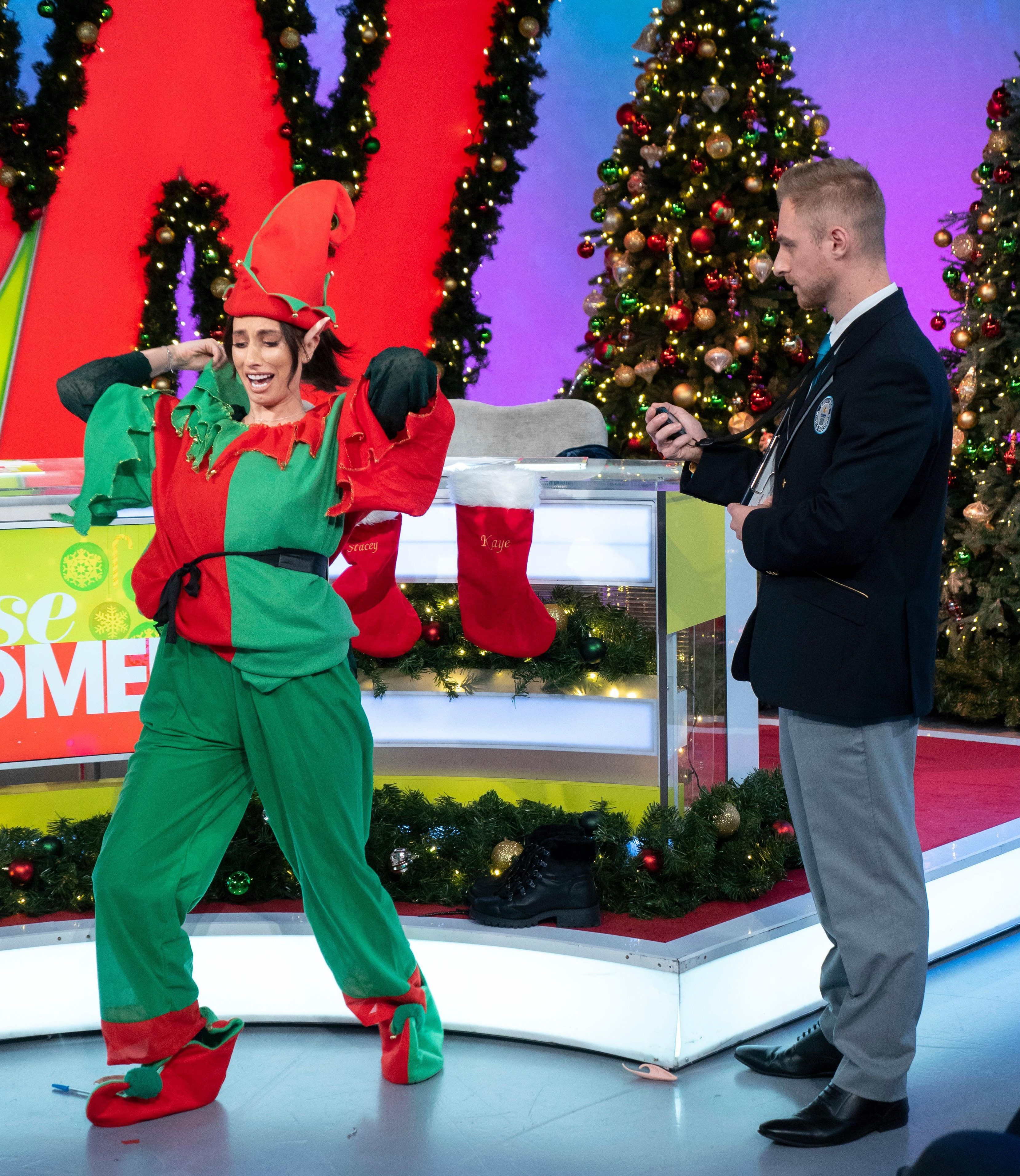 And though she sped through the dressing part much more quickly than her colleague, she fell short of achieving the record because one of the pesky elf ears didn't want to co-operate.

The former pen salesman – who won Love Island four months ago – sent a video message to his pal Niall Aslam on the show today. 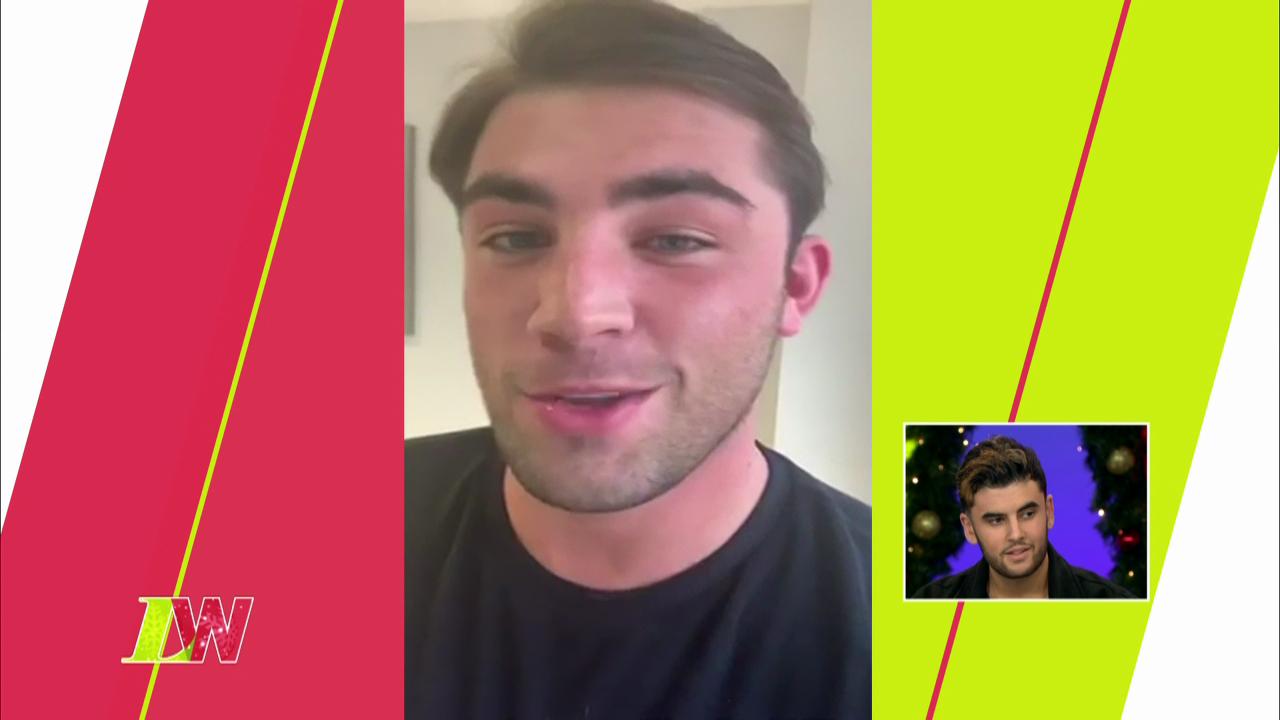 It was the first time he's been on TV since it was revealed he was dumped by girlfriend Dani four months after leaving the villa.

Co-star Niall left the villa nine days into his reality TV experience after struggling to cope in the villa with his Asperger's.

Jack put on a brave face to record the message amid his relationship break down.

When quizzed about the pair's split, Niall said: "I'm gutted for them. I thought they were a great couple.

"I just hope they're happy, both of them.

"I thought they were the real deal."