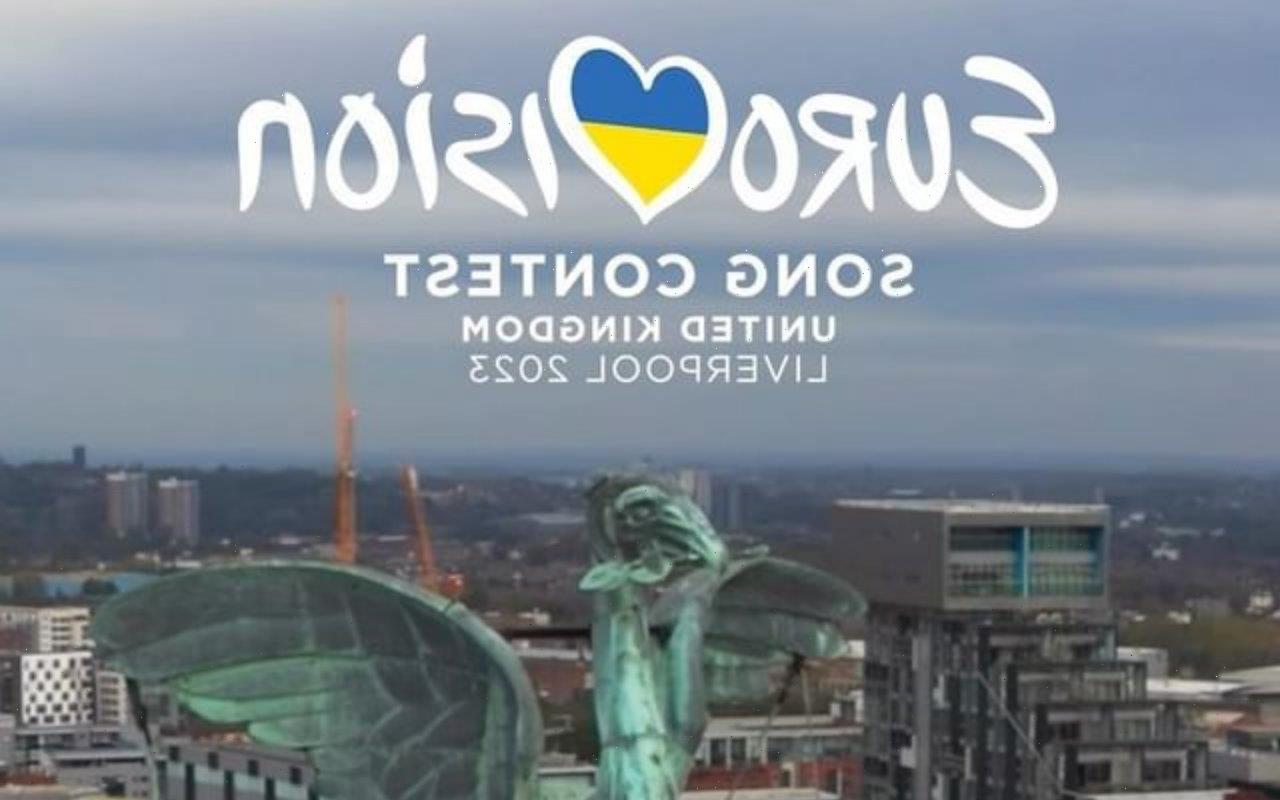 Even though Ukraine’s entry the Kalush Orchestra won at 2022’s Eurovision, the European Broadcasting Union decided it could not safely be held in the country amid Russia’s continued bombardment.

AceShowbiz -The Eurovision Song Contest 2023 will be held in Liverpool. Graham Norton, announced BBC One’s The One Show on Friday, October 7, after the city and Glasgow were named earlier this month as joint finalists to host the contest.

The BBC’s Eurovision host Graham said, “The city that will host the 67th Eurovision Song Contest in 2023 is Liverpool.” The 59-year-old TV host also told viewers “pop that in your calendar,” and hailed the UK’s 2022 runner-up Sam Ryder for removing “the curse of Eurovision” for Britain.

Even though Ukraine’s entry the Kalush Orchestra won at 2022’s Eurovision, held in Turin, Italy, event producers the European Broadcasting Union decided it could not safely be held in the country amid Russia’s continued bombardment of the country.

The group said in a statement about the 2023 announcement, “We are very pleased that next year’s Eurovision Song Contest will take place in Liverpool. Though we haven’t had the privilege of visiting yet, the musical heritage of the city is known all over the world. Playing in the same place that The Beatles started out will be a moment we’ll never forget! Although we are sad that next year’s competition cannot take place in our homeland, we know that the people of Liverpool will be warm hosts and the organizers will be able to add a real Ukrainian flavor to Eurovision 2023 in this city.”

Metro Mayor of the Liverpool City Region Steve Rotheram said, “While we came up against stiff competition from Glasgow, who deserve more than the nil points they have received on this occasion, nowhere is more experienced or qualified, and nowhere throws a party quite like we do. We want to put on a show that Ukraine would be proud of, and we have been working closely with Liverpool’s sister city of Odesa to ensure that this is their event as much as our own. Now the hard work begins. Putting on a show that will give millions a night they will never forget in one of the most turbulent and trying years for our continent is no mean feat. If anywhere is capable of it, it is the Liverpool City Region, with a little help from our friends in Ukraine.”

Britain got the chance to host the event, which will be held in May next year, for the ninth time after its 2022 entrant Sam Ryder, 33, came second in the competition with his “Space Man” song.