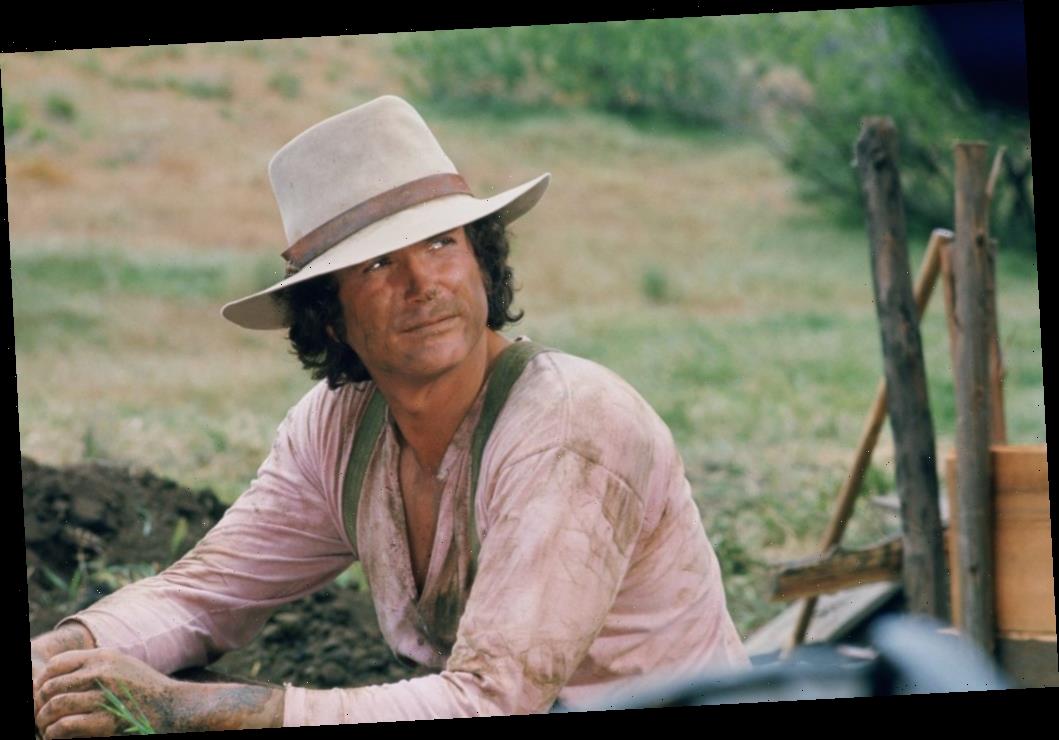 Little House on the Prairie became a family-friendly hit for NBC when it debuted in 1974. With show creator Michael Landon serving as executive producer and star, the historical drama was centered around his role as idyllic husband and father Charles Ingalls.

The character of Charles exuded strength, compassion, and plenty of shirtless biceps. Landon’s portrayal of the hardworking and faithful farmer was a bit different than some of the other popular fathers on television.

Charlotte Stewart portrayed Walnut Grove’s school teacher, Miss Eva Beadle, for the first four seasons of the series. In her book Little House in the Hollywood Hills: A Bad Girl’s Guide to Becoming Miss Beadle, Mary X, and Me, she recalled how Landon fleshed out the character of Charles Ingalls.

“Mike also managed to, in my opinion, create a new kind of masculinity on television,” Stewart wrote. “Charles Ingalls was tough and hard-working, he was quick to defend his family and his town. … He was a fighter who wasn’t afraid of taking a hit. … He didn’t hesitate to say, ‘I love you,’ or to hug, hold hands, or cry. Lord, Pa cried all the time.”

Although Landon was brought up in a time when crying was considered unacceptable for men, he put those stereotypes aside in order to show Charles’ vulnerability.

“Mike had come from the same world I had — raised by those tough-as-nails parents who’d grown up in the Depression and had kicked ass in World War II,” Stewart shared. “Boys didn’t cry. Boys didn’t hug or express ‘girly’ emotions. That was unmanly and weak. Mike totally broke that mold. Mike said you could be loving, funny, sentimental, silly sometimes, emotional — and yes you could cry. And still be a man.”

While many classic television shows featured caring and supportive fathers, few exhibited the irresistible combo of strength and sensitivity like Landon did with Charles Ingalls.

“Had television ever seen a guy like this before?” Stewart remarked. “Fred MacMurray on My Three Sons and Ward Clever of Leave It to Beaver were both cardigan-wearing, pipe-smoking, problem-solvers, who loved their families, but were both a bit aloof and untouchable. Andy Taylor on The Andy Griffith Show was a good listener, a great dad, and was insightful… but even he didn’t have the emotional openness and availability of Charles Ingalls.”

“No one came close to the shiny eyes or outright tears down the cheeks of Mike Landon as Pa,” Stewart wrote. “The thing that amazes me is that Mike seemed to know how to maintain a balance between being a bona fide TV hunk and the greatest dad ever. He managed to be sexy and yet an upright citizen.”

Stewart raved of Landon’s gift for storytelling that still resonates with audiences today.

“People ask me all the time, what was it like to work with Michael Landon,” she wrote. “The truth is it was a lot of things. I admired him for so many attributes — his ability to create, shape, and execute a story that millions of people could relate to.”

While some may have seen Landon’s plot lines as going a bit too far into emotional territory, Stewart considered the finished product completely on target.

“His gift for creating moments on screen,” the Little House star shared, “even if they crossed the line into pure fantasy — rang true and made emotional sense.”