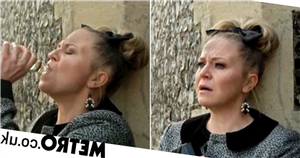 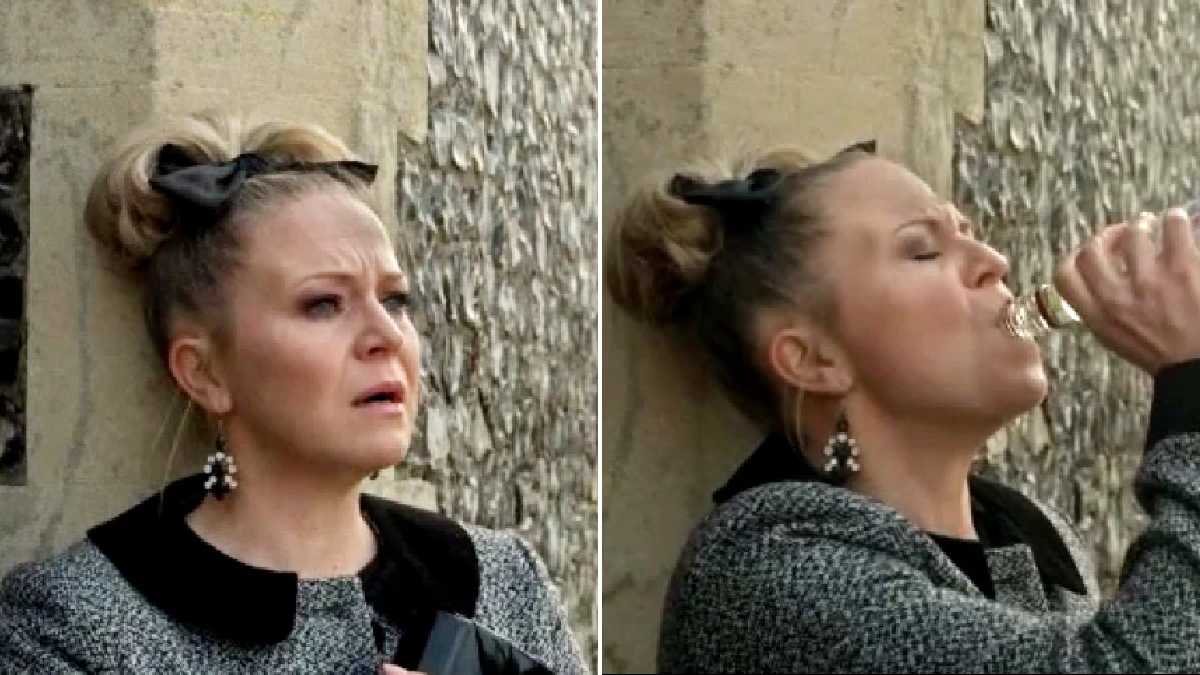 Linda Carter (Kellie Bright) returned to EastEnders tonight for Tina’s funeral – and the atmosphere was an emotional one.

Mick pointed out that Janine is his friend, and really needs supportive people around him today.

With the funeral car outside, Mick’s anxiety increased when Linda returned.

In the church, Shirley read out her speech, admitting that while her and Tina were the polar opposites – they were the best of friends.

As the family listened, Linda glanced at Janine and realised she was the person who came to the pub over Christmas/New Year.

Mick ignored her, far too focused on the matter in hand.

As Mick stood up, his emotions began to take over, finding it incredibly difficult to read out his words.

On his own, Janine rushed over and gave him a hug.

This bothered Linda hugely but as Nancy (Maddy Hill) pointed out – she could’ve easily got up and supported Mick, but their recent ordeals stopped her.

Outside and on her own, Linda grabbed a bottle of vodka from her bag and started drinking.

If Linda recognises Janine, could she figure out what she was up to when she paid a visit to the pub a few months ago?

With Janine and Mick growing closer, how will that impact Linda’s ongoing problems with drinking?