Angela and Tony are back on Season 2 of WEtv’s Life After Lockup, and the tumultuous couple was as rocky as ever on the season premiere.

Angela Ables, a 47-year-old certified mental health therapist from Mississippi, has always struggled with problems from 34-year-old Tony, a former inmate who now works as a front desk hotel clerk.

On Love After Lockup, Angela admitted to having a thing for incarcerated and formerly incarcerated men, but her proclivities haven’t made her love life easy. Tony has a self-professed “addiction to women,” and he’s cheated on Angela before.

Angela has also emptied out most of her bank account in providing for Tony and allowing him to move in with her after his release from prison for illegal possession of a firearm.

On the Jan. 2 Life After Lockup Season 2 premiere, Angela and Tony officially broke things off (at least for now). Why? Angela’s snooping expedition into Tony’s phone turned up even more condemning evidence than she’d expected. 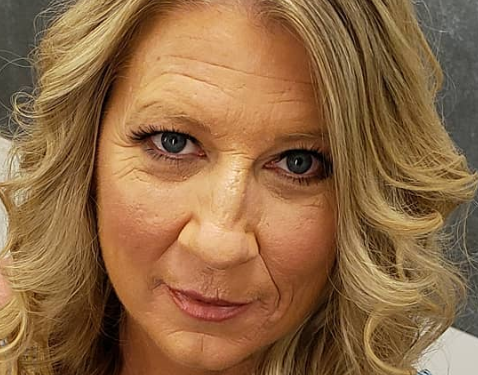 Angela found evidence of Tony’s illicit behavior on his phone

After secretly digging through her younger man’s phone, Angela told Life After Lockup producers she’d found more than she bargained for. It seems that Tony’s hotel clerk job came with more than a few extra perks.

According to explicit messages Angela found, Tony regularly gave a variety of women free hotel rooms, likely in exchange for sex. She believed they were running their businesses, which she said probably involved “either drugs or prostitution,” in the hotel rooms.

Angela was livid and said she planned to burn his things in a bonfire and leave him once and for all. “So when Tony comes home, all those emotions are coming out on him,” the Life After Lockup star declared.

Stay tuned January 3 on #wetv to Life After Lockup to see what Tony is up to this time… I mean he works at the motel but he is supposed to be at therapy!!! Hmmmm… #makesmewonder #timetoinvestigate #alwaysashenanigan #lifeafterlockup #loveafterlockup

Tony came home after work as happy as a (very unsuspecting) clam. “Where’s my hug and kiss?” he asked an obviously irate Angela. She snapped back, “We’ve got some things we’ve got to talk about, dude.

The Life After Lockup star laid it all out for Tony: “We’re done, Tony. Engagement is off. We’re not getting married. This relationship is over.”

Bewildered, Tony asked her what was wrong, to which Angela replied simply, “I got in your phone last night.” Guilt was written all over Tony’s face as he groaned, “Oh, no.”

“You’ve been messaging some f***ing prostitutes at this hotel!” Angela yelled, adding that she felt especially betrayed after “all the love,” support, and money she’d given him over the years.

“I’ve decided the best thing you can do is get the hell out,” she said, demanding he leave immediately.

A shout out to all my fans… thanks for all the love and support you have given to me the season on #loveafterlockup . It has been one hell of a ride starting this relationship with tony and coming home from prison and doing this show. Your positive comments and encouraging words has helped keep me strong… you good guys rock!!Stay tuned for future updates on our relationship status!!! For my haters … you suck but I'm not a hater so do whatever you do and I hope you get from it whatever it is you need!!! Wish you could love and not hate… you would be a much happier people!!! #loveafterlockup #realitytv #changealife #adoptaninmate #sharelovenothate @tony.loveafterlockup

The parolee denied the accusations but packed up his things

Despite the rock-solid evidence of infidelity against him, Tony still tried to maintain his innocence. He told his fiancee it was all just “flirting” and that he’d “never touched anyone.”

“I have nowhere to go!” the Life After Lockup star exclaimed, saying she was leaving him in an impossible spot. But Angela called his bluff, phoning up one of his recent hookups and asking her to take him in. “He’s coming your way,” she told the shocked woman.

“She’s expecting you,” Angela announced as she told Tony to take his motorcycle (which she bought him, by the way!) and go.

But Tony had more than one incentive to stay right where he was. “Legally, Angela’s house is my parole address, and I have to live here,” Tony said in desperation. But Angela wasn’t having it, and sent him on his not-so-merry way with his belongings in trash bags.