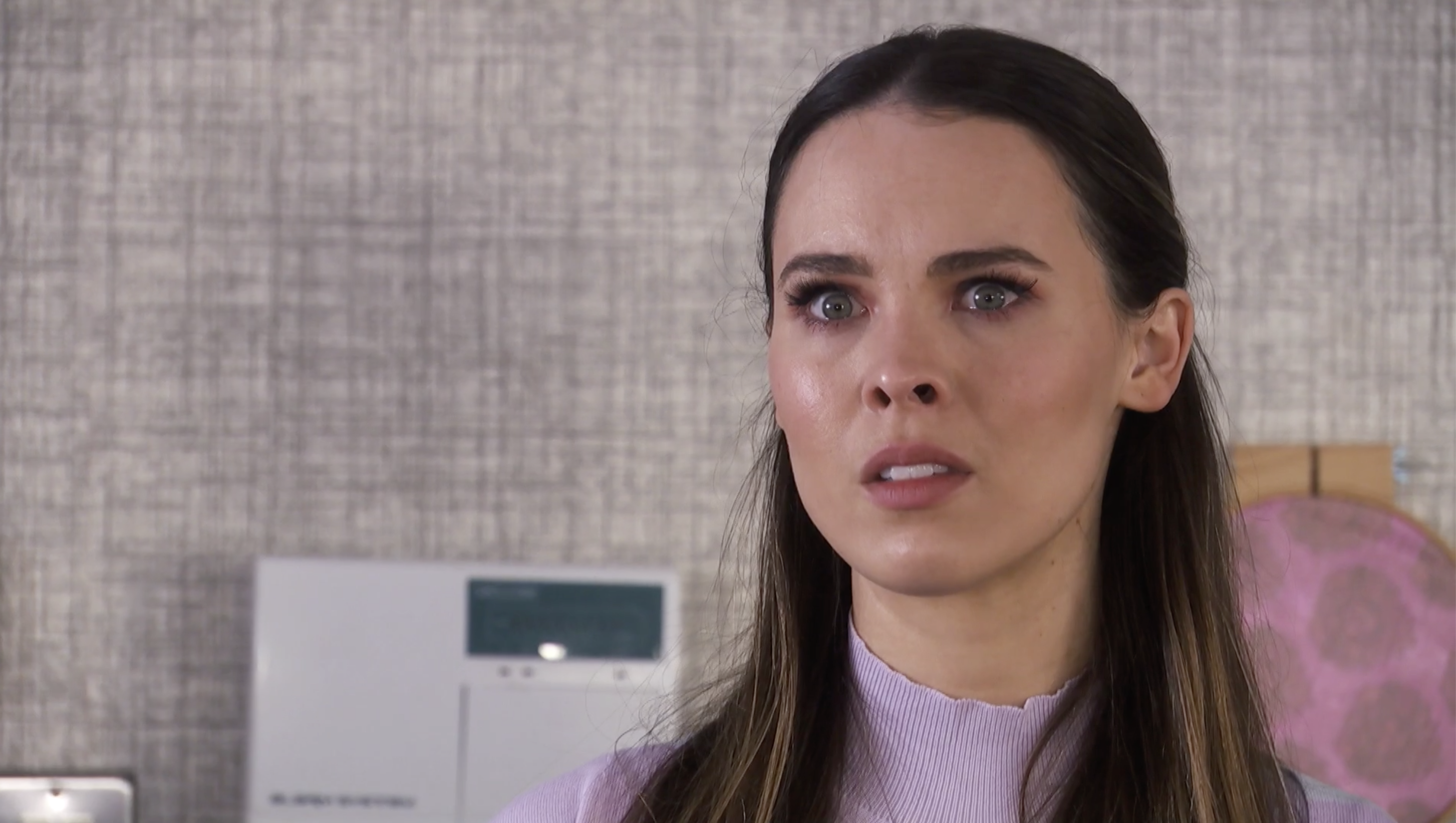 Hollyoaks legend Liberty Savage (Jessamy Stoddart) is set to vanish from the face of the earth in scenes next week, leaving her loved ones incredibly concerned as they search far and wide.

Liberty overhears a conversation between Damon Kinsella (Jacob Roberts) and Brody Hudson (Adam Woodward) in which they discuss a special surprise.

The surprise in question is that Damon is planning on asking Liberty to move in with him, but when Liberty starts asking questions, Brody successfully covers, claiming that he’s planning on getting Summer Ranger (Rhiannon Clements) the perfect wedding shoes.

Liberty is impressed by his idea, and thus offers to help. She pops around to Summer’s place to drop off the shoes, but while there, she overhears a conversation between the bride-to-be and her lover Sienna Blake (Anna Passey)!

She’s left conflicted over how to proceed, but ultimately she decides to confront Sienna on the matter.

Sienna, desperate to keep her secret hidden, resorts to threatening her little sister.

The following day, Liberty is missing, and the search commences, as her nearest and dearest do everything they can to track her down.

Damon, meanwhile, receives an unusual message from Liberty, who allegedly says that she needs some time away.

Later, he finds a goodbye letter on The Love Boat, and believes that she has left him.

The question is: just where is Liberty? Has she really left the village? Or has someone had a hand in her vanishing?