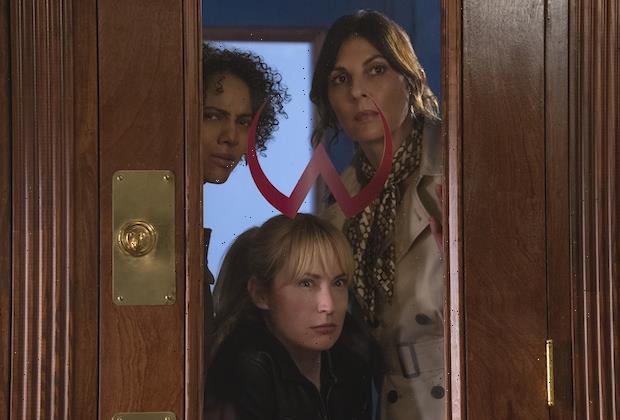 Amid all the wire work, rappelling and snaking through laser alarms, Beth Riesgraf says that the coolest thing she got to do during Leverage: Redemption‘s 16-episode freshman run was… make her directorial debut.

And “it was incredible,” the Leverage vet tells TVLine.

Both of said episodes are among the second batch of eight landing on IMDb TV on Friday, Oct. 8. In “The Bucket Job,” the Leverage team’s holiday good deed goes awry when their attempt to give a librarian (guest star Levar Burton, watch sneak peek) the adventure of a lifetime is interrupted by a shadowy sly organization. And in “The Train Job,” the targeting of two farmers by a hate group leads the team to a crooked green energy innovator (and the titular, old-fashioned heist). 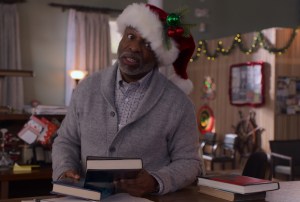 “Levar Burton is a legend and it was an absolute gift to direct him,” Riesgraf effuses. “He is an authentic and generous artist. His wisdom in storytelling and grace towards others is unparalleled. I can’t wait for you to see his heartbreakingly beautiful performance. I couldn’t have asked for a better first experience directing TV.”

All told, when working behind the camera as well as in front of it, “It truly is a gift to have a group that you feel this safe with, where you can try anything on a take and not be rejected, but embraced — and we have that,” Riesgraf says. “It also is incredible to be able to direct a group like this that gave me such support, such love, showed up prepared and on time… all the stuff you hope you don’t have to worry about!

“They all treated me with such professionalism and care,” Parker’s portrayer continues. “I started out as a photographer, so having this moment come full circle was huge for me, and the love I felt [from the cast] was just… I’ll never forget it.” 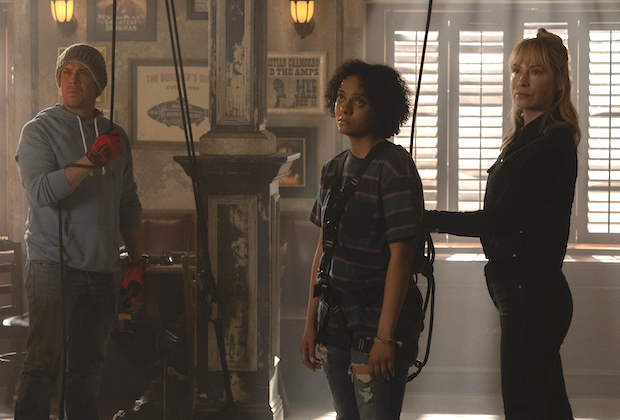 Aldis Hodge, who had to break away after a couple of Redemption episodes to juggle other commitments, returns as Hardison for one episode of the new batch. Until then, Parker will continue to show her partner’s stepsister Breanna (played by Aleyse Shannon) the ropes — sometimes literally, as seen in the photo above.

“Some stuff has gone on in [Breanna’s] life that’s been pretty tough,” Riesgraf reminds. “So for Parker to be entrusted with helping, supporting and looking out for her — and then on the flip side of that, knowing she had a comrade she could get into some mischief with! — was really fun.”

The seamless weaving in of Breanna, a character who like the OGs is a bit of a “misfit,” is precisely in keeping with Leverage‘s legacy, Riesgraf says.

“People who feel like misfits in real life feel like they belong when they watch this show,” she observes. “One of my favorite parts about this show is there is no weird. There’s none of that. There is a place for you in this world, and I think that’s why a lot of fans connect with us.”