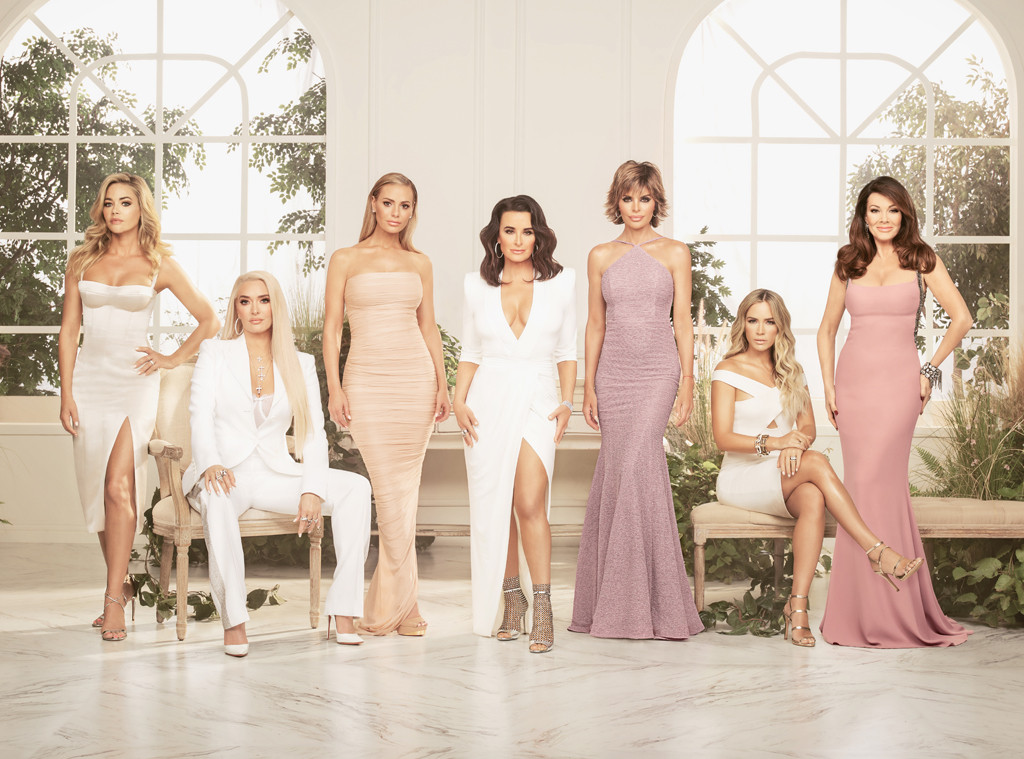 It’s no secret the upcoming season of The Real Housewives of Beverly Hills is going to be dramatic. The trailer made sure viewers were well aware of the drama that unfolded with Lisa Vanderpump, Dorit Kemsley, a dog, and Kyle Richards, and the taglines for season nine are really leaning in on the very public drama.

Below, read and hear the taglines for LVP, Dori, Kyle, Denise Richards, Lisa Rinna, Teddi Mellencamp and Erika Girardi and stay for our little commentary about what the Bravo stars are really saying.

Lisa Rinna: “In the game of life, it’s Rinna take all.”
This obviously hints at Rinna’s larger role in the season that she previously teased on Watch What Happens Live with Andy Cohen. Rinna admitted to stirring the pot quite a bit this year…is there a new Lisa on top?

Erika Girardi: “Most people talk about their fantasies, I’m living mine.”
Sure, we all know she’s living the dream as Erika Jayne.

Dorit Kemsley: “In business and in life, I wear many hats…and hairstyles.”
Dorit’s hair changed SO much last year.

Lisa Vanderpump: “You can stab me in the back, but whilst you’re there, kiss my ass.”
Something obviously goes down with LVP, Kyle and many of the other ladies. No secret there. And in typical LVP fashion, she’s not letting anybody have the last laugh.

Teddi Mellencamp: “I’m not afraid of hard work, but I’ll never do your dirty work.”
Last year’s newcomer became close with both Kyle and LVP, so who’s she sending a message to?

Denise Richards: “My problem with the tabloids? My real life is so much juicier.”
Denise is a first-time Housewife this year, so this makes sense. She’s not calling anybody out, just introducing her own life.

Kyle Richards: “In Beverly Hills, the truth always has a way of rising to the top.”
Kyle loves to namecheck her own city, and here she is alluding to whatever happens between the ladies this year.