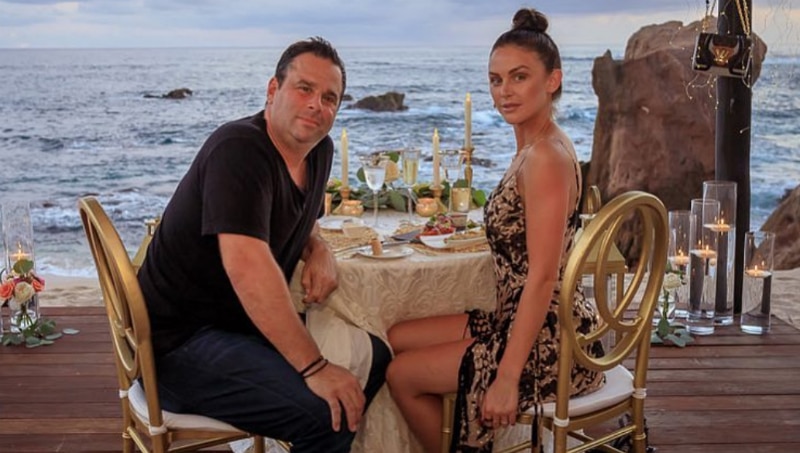 Lala Kent and Randall Emmett have a lot to celebrate. They went from having a relationship that was kept out of the public eye to being engaged. This has been an incredible year for the couple, and they intend to celebrate with some of their closest friends.

Back in September, Randall Emmett proposed to Lala Kent the night before her 28th birthday while they were in Mexico. Of course, she accepted his proposal and she is on her way to being the second Mrs. Randall Emmett.

On December 15, Lala Kent and Randall Emmett are hosting their friends to celebrate their engagement. The party will be at Avenue nightclub in Hollywood. According to Us Weekly, the guests received invites that were adorned with gold and white lettering.

This will be the second engagement party because shortly after the proposal, Lala Kent and her Vanderpump Rules friends jetted off to Las Vegas. While that wasn’t an official party, the photos shared alluded to the fact that it was a fun time and they were celebrating.

You keep my heart beating and my soul alive. Thank you for loving me at my best and worst.

At this point, there are no plans for the wedding. Lala Kent hasn’t been in a rush to tie the knot and she isn’t ready to go Bridezilla yet. She did mention that 2020 may be when she and Randall Emmett are shooting for, but nothing is set in stone.

A brand new season of Vanderpump Rules aired last night and for the first time ever, Lala Kent was able to say Randall Emmett’s name on camera. Now that his divorce is finalized, she can be public with her entire life. Don’t expect too many appearances by Emmett though, it looks like Vanderpump Rules isn’t really the scene he is usually spotted in.