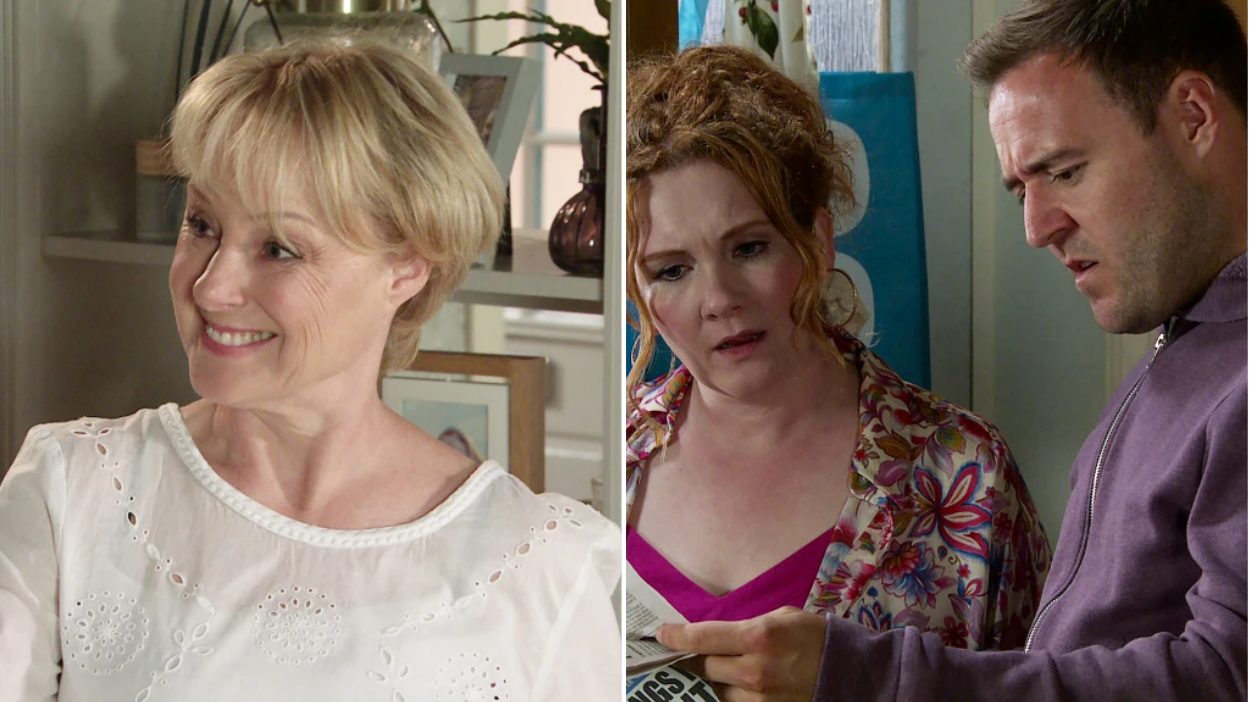 We’ve always known that Coronation Street couple Sally (Sally Dynevor) and Tim (Joe Duttine) enjoy a very active sex life, which was why it was so problematic for them as a couple when Tim found himself unable to perform following his heart surgery.

While that storyline had a serious message about the problems that men could face in talking about erectile problems and getting help, a lot of the time it was also played for laughs as the couple tried different ways to spice up their sex lives, including dressing up in risqué outfits.

According to the show’s boss Iain MacLeod, we haven’t seen the last of Tim and Sally’s dressing up box, either – and Sally offers some sex tips to another Corrie couple.

‘In the wake of that Fiz and Ty feel a bit like they’re sleepwalking back into the staleness that led Ty to stray, so they decide to reignite the romantic side of their relationship which all goes horrendously wrong thanks to advice from Sally. Her and Tim’s dressing up box features but it’s really funny – and Evelyn (Maureen Lipman) in the middle who is funny all the time. The family is brilliant and has the right mixture of tones.’

Meanwhile for Sally and Tim generally it looks like a more united year for them in 2023 following the problems they went through in 2022.

‘We didn’t want to do anything to them as a couple,’ Iain told us. ‘Like Fiz and Ty they have gone through the mill. Romantically they are happy.

‘Most of their problems arise from a story down the pipeline for Faye (Ellie Leach) and Craig (Colson Smith). Surprise communication arrives in one of their inboxes out of nowhere and suddenly everybody is lying to each other and sneaking around, and a certain amount of motivated dishonesty. It’s a big family story, as a couple rather than marital strife and fighting.’