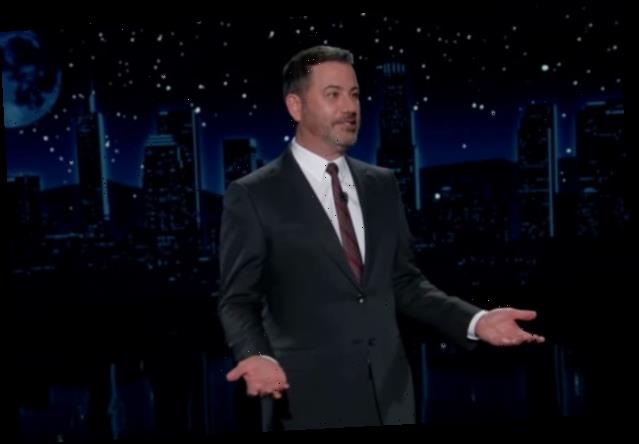 CPAC was full of times “when disgusting stuff comes out,” Kimmel jokes

Jimmy Kimmel got a kick out of the 2021 Conservative Political Action Conference (CPAC) held in Orlando, Florida, and it took on a special meaning for Kimmel as it was the first CPAC in four years where a losing Republican presidential candidate gave an address.

The event was Donald Trump’s first public appearance since he lost the 2021 election, and Kimmel said it felt to him like watching the pus being squeezed out of a bulbous pimple; disgusting to watch but also too horrible to look away from.

Kimmel said during his “Jimmy Kimmel Live” episode this Monday that the CPAC convention reminded him one of a gross pimple-popping video. “It was kind of like that show ‘Dr. Pimple Popper,’ Kimmel said. “All this disgusting stuff keeps coming out, and you’re like, ‘oh my God – when is this gonna end,’ but until it does, you can’t look away… That’s him, that’s Donald Trump.”

Former president Trump addressed the CPAC crowd in his first speech since he failed to win re-election and spoke for over an hour and a half. During that time Trump’s remarks included comments about how he hasn’t “ruled out” running again in 2024.

“It was quite a self-love fest,” Kimmel joked about the convention, adding it was “highlighted by Trump’s delightful delusion that he is more beloved than Ronald Reagan…. He is something else; he’s competitive with dead people, it’s crazy!”

Trump also took shots at the Supreme Court for not handing him the election he lost — he said they didn’t have the “guts or courage” to overturn the election.

Kimmel’s response to this was to recall that Trump claimed he was unfit for active duty service in the Vietnam War when drafted because he had bone spurs. “That’s good — the draft dodger who can’t open his own Diet Cokes is talking about guts and courage,” Kimmel scoffed.

Trump was impeached twice, but since both impeachments failed to pass the Senate he was acquitted and can run for public office again despite the blights on his record. During his speech, Trump also railed against the U.S. Supreme Court, who he said didn’t possess enough “guts or courage” to overturn the 2020 election results. Various courts have upheld the ruling for Biden, despite Trump (and his lawyer, Rudy Giuliani)’s attempts to persuade the justice department the election was somehow “stolen” from him illegally.

“Let’s just give Trump Florida and say goodbye; et’s cut it right here,” Kimmel concluded, but not before adding he thought that despite the fact that CPAC literally invited a Japanese cult leader to speak at the event, Trump’s speech still seemed the most insane to him.

“There were a lot of crazy speeches, but Trump out-crazied all of them — which was no mean feat, considering that one of the speakers is part of a Japanese cult that believes its founder is an alien from Venus… and another one was Don Jr.,” Kimmel said.

Watch Kimmel’s full monologue at the top of the page.