KIM Kardashian admits she "cried all the way home" after being compared to Mrs Doubtfire at the Met Gala.

The reality star famously wore a floral-print gown to the 2013 ceremony while pregnant with daughter North, now 6. 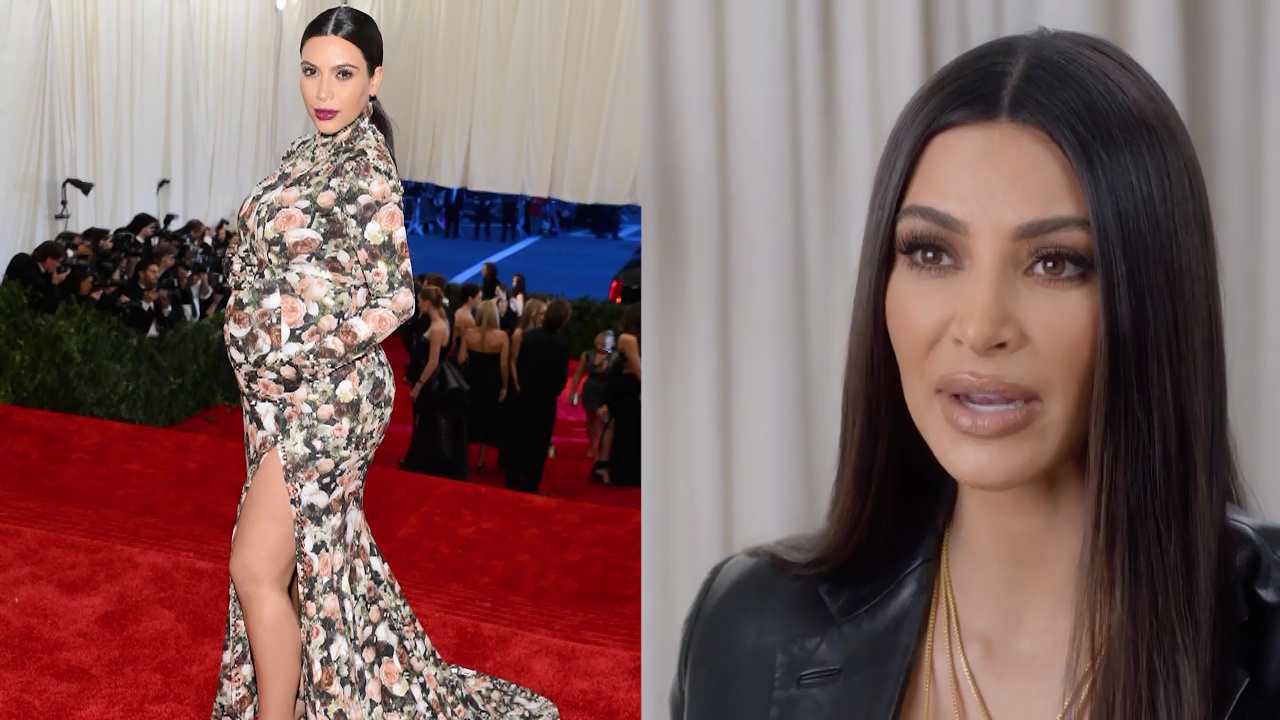 And she admits the negative feedback left her down in the dumps.

She told Vogue: "I think Robin Williams even tweeted it, said I looked like Mrs. Doubtfire.

"I was crying the whole way home because I just couldn’t believe it.”

She added: "I was very pregnant, very puffy and bloated and I was like, ‘Oh god, of course the first time I go I’m gonna be huge! 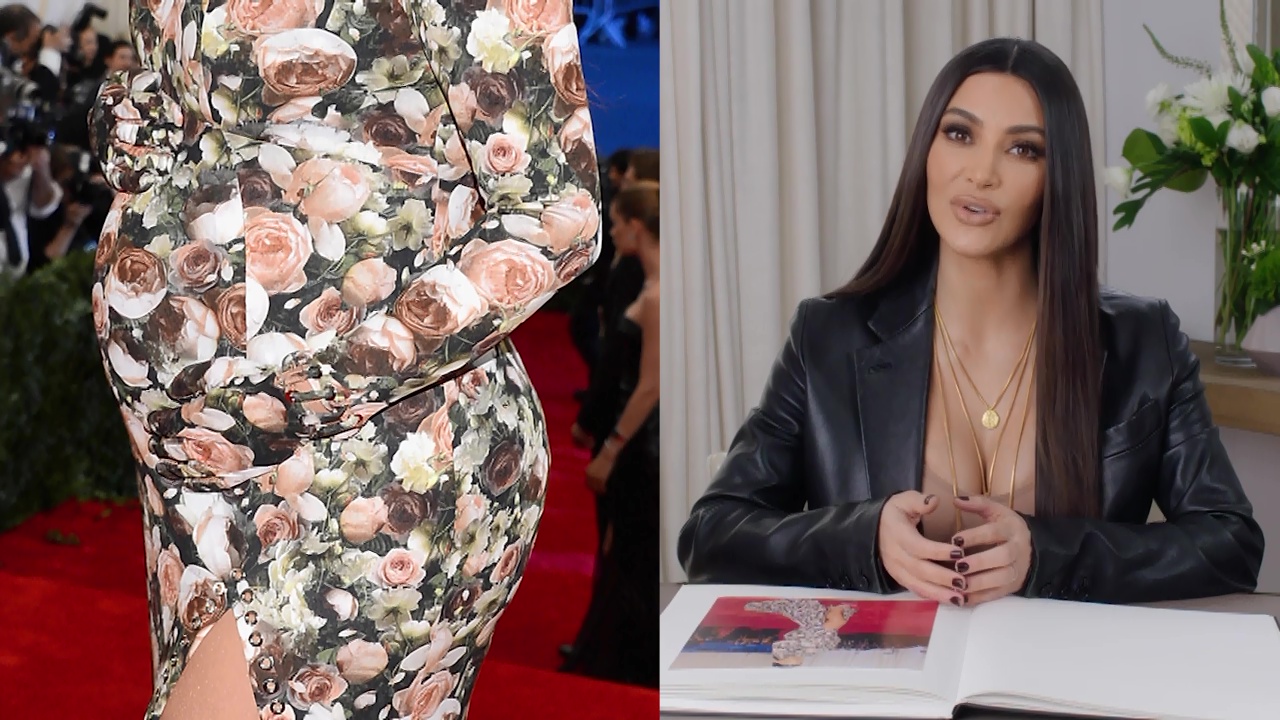 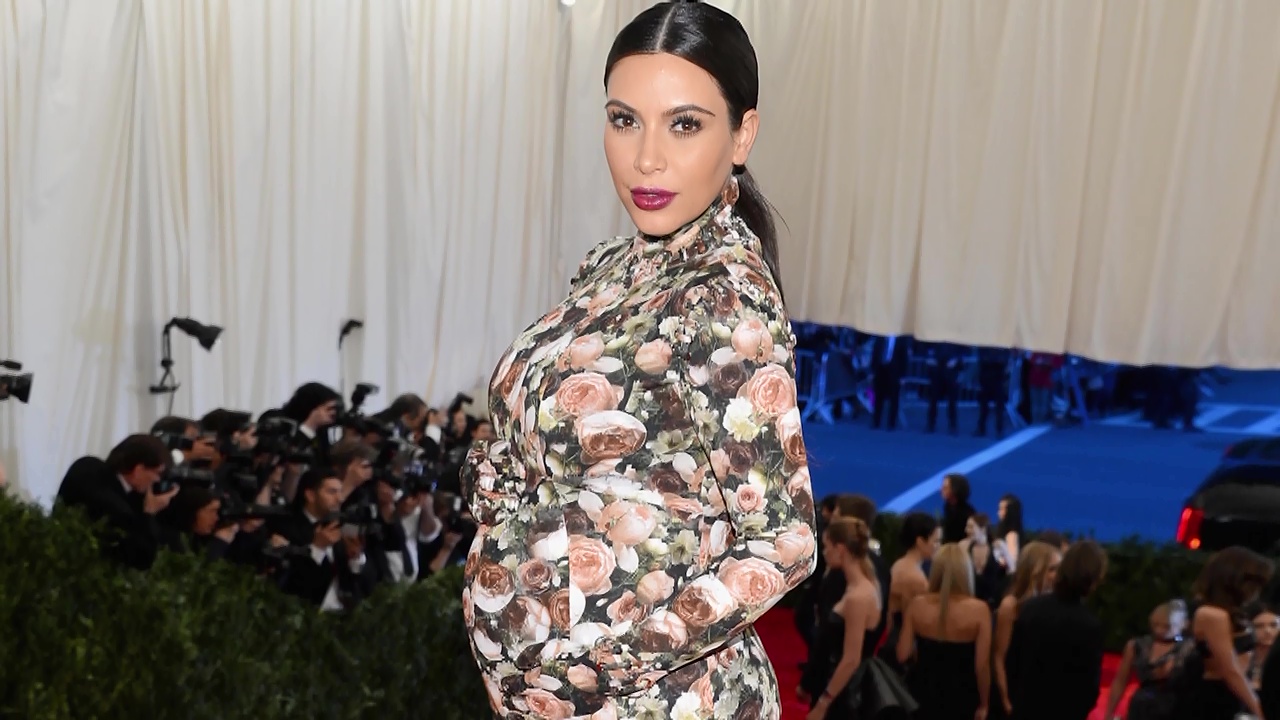 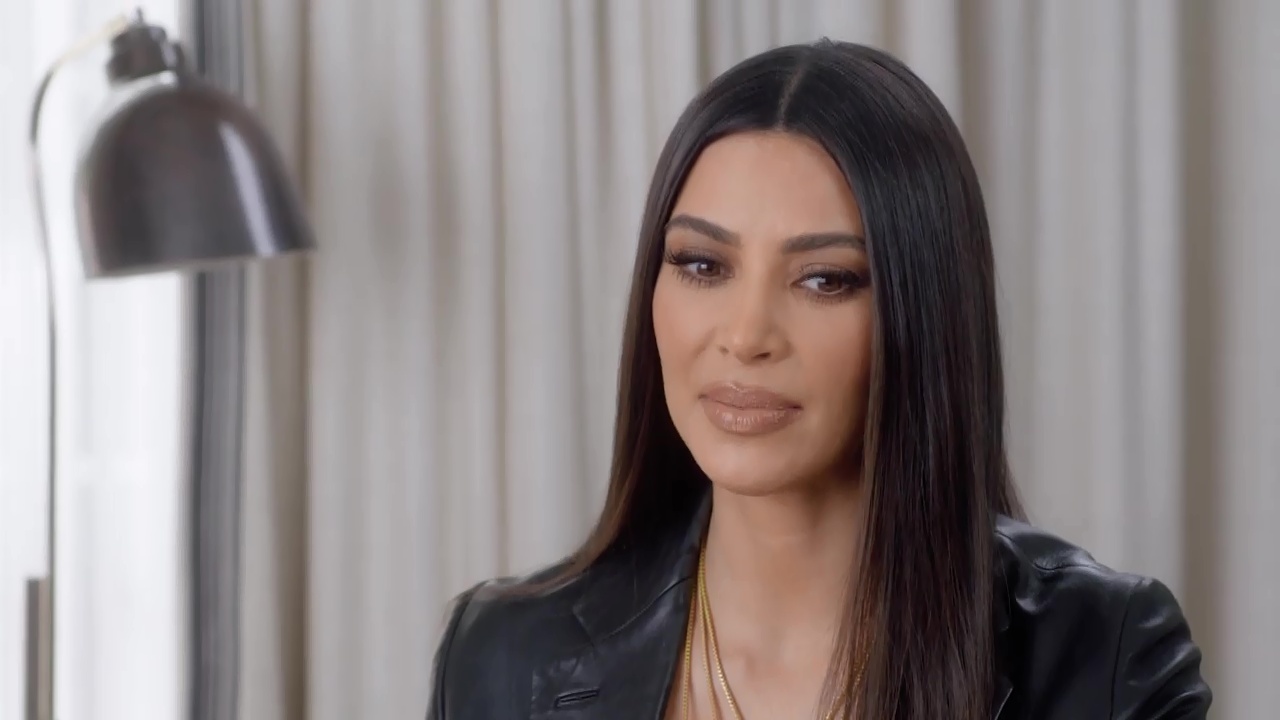 "Kanye [West] was performing so I wasn’t actually invited, I was just Kanye’s plus one. And that was okay with me because I never really dreamed I would be at the Met Ball.

"I know no one really probably wanted me there at the time."

Kim says she actually wanted to wear a black version of the dres, but Givenchy designer Riccardo Tisci — who was also dressing West — persuaded her against it.

She said: "We chose a really stretchy fabric because I would be growing and we wanted to make sure that alterations were easy and it was comfortable. 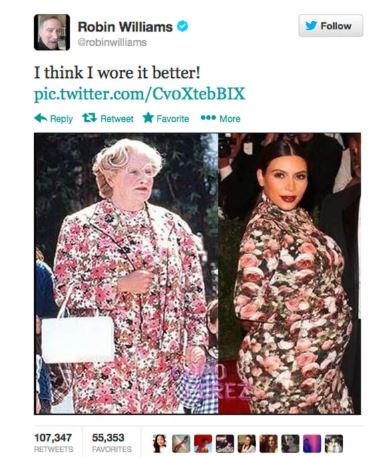 "I was like, ‘I think I should just do the black version,’ and Riccardo was like, ‘No, c’mon, we have to do the floral'.

“Riccardo said afterwards, ‘What do you give a woman who is pregnant? You send her flowers.’

“I could never really speak up at that point because I so shy and just wanted to make everybody happy!"

However, she admits she did have two stars who approved of her outfit – Mary-Kate and Ashley Olsen: “I just remember the Olsen twins came up to me and loved my outfit and my gloves, so none of the critics mattered because the Olsen twins approve!"