Nine famous faces climbed Kilimanjaro all in the name of charity. Here's what you need to know. 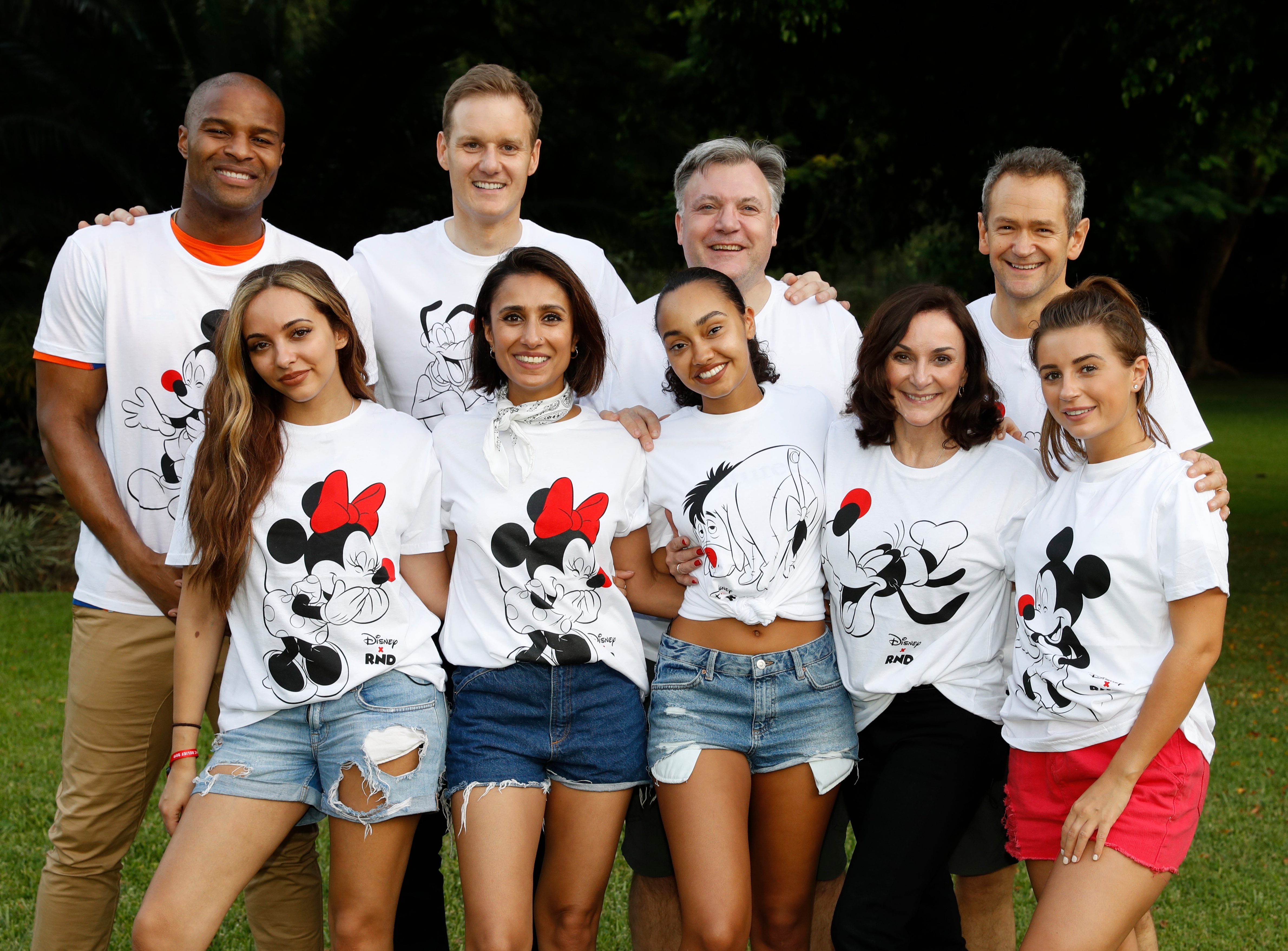 When is Kilimanjaro: The Return on TV?

You'll be able to watch the celebs tackle the mountain TONIGHT (Wednesday, 13 March) at 9pm.

The show will be available to watch on BBC.

And if you're late to the party you can catch it afterwards on the iPlayer.

The celebs are tackling the mountain ten years on from Gary Barlow's climb in 2009 – but the new recruits are taking on a tougher, longer route.

Kilimanjaro: The Return – which celebrities took part in the Comic Relief climb with Dani Dyer?

The gaggle of stars all scaled the 5,895 metre mountain in Tanzania in order to raise money for Comic Relief and other charitable foundations dear to them.

Among the famous faces to tackle the challenge are:

The aspiring actress was born in Newham, London, on August 8, 1996.

She is the daughter of the famous EastEnders actor Danny Dyer, 41, and Joanne Mas.

Prior to her fame and fortune, she worked as a barmaid at The Owl pub in Loughton, Essex.

Dani, 23, rose to fame in 2018 when she won Love Island alongside her beau Jack Fincham and their relationship has continued to be documented since then.

The Love Island villa will feel like a walk in the park compared to the harsh extremities of Kilimanjaro.

The dancing queen was the first celebrity to be confirmed for the trip, a decade on from when Gary Barlow embarked on the original charity hike.

A source said: “Shirley’s really excited, but nervous. She has a busy fitness regime lined up to help with walking in the altitude.

“It’s going to be a huge challenge but she knows it’s for a great cause and she’s thrilled to be part of it.”

The 58-year-old ballroom dancer is best known for her extensive dance career – even earning herself the nickname The Queen of Latin.

And now viewers will know her as the head judge on Strictly Come Dancing. 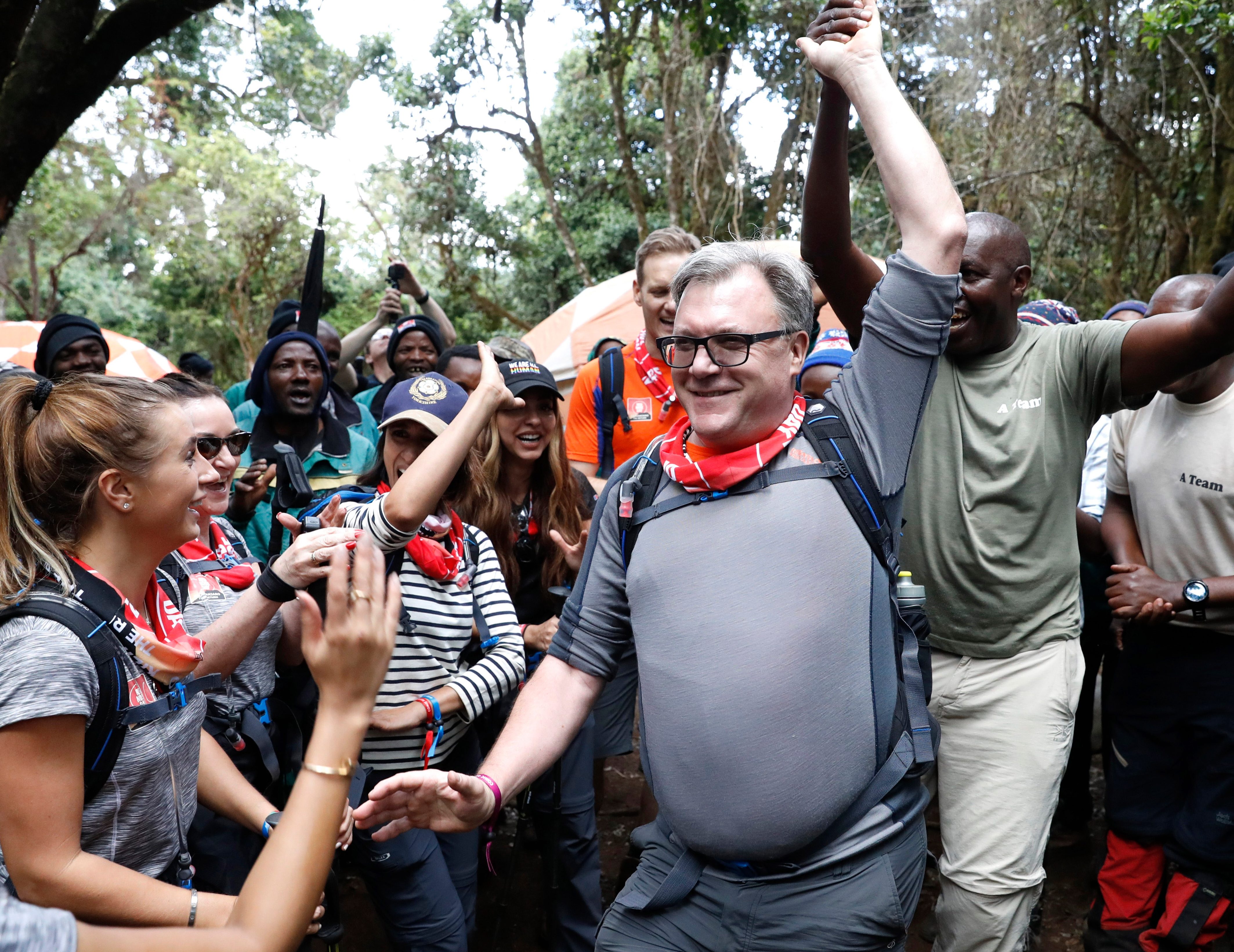 Since leaving Westminster, the former Labour shadow chancellor turned his sights to football and the dance floor – and now mountain climbing!

After he lost his seat in the 2015 election the former political heavyweight became an unexpected hit on Strictly Come Dancing.

The 52-year-old was born in Norfolk and graduated from Oxford University with a first in philosophy, politics and economics.

Ed taught at Harvard University and wrote for the Telegraph before becoming an economic adviser to Shadow Chancellor and future PM Gordon Brown.

Kilimanjaro: The Return isn't Ed's only foray into reality TV.

He's also appeared on Strictly as well as on The Great Sports Relief Bake Off in 2016 and Comic Relief 2017.

Anita Rani, 41, is an English radio and television presenter.

She was born in Bradford, West Yorkshire, and is known for her presenting work on Countryfile, Watchdog and Four Rooms as well as appearing on Strictly Come Dancing and Loose Women.

She now lives in East London with her husband and co-presented the 2017 One Love Manchester tribute concert held in memory of the Manchester bombing victims.

He also hosts shows on BBC Radio 5 Live as well as the sport on BBC News Channel and Match of the Day.

The father-of-three may have a clear passion and aptitude for sports but no doubt will find the Kilimanjaro climb challenging.

Alexander Armstrong, 49, is a well-loved TV presenter thanks to his work on shows including Don't Ask Me Ask Britain and Pointless.

One of his most recent presenting roles was on Don't Ask Me Ask Britain, a popular celebrity panel game-show that invites viewers to play along at home via a mobile phone app.

The prolific presenter's best-known project is quiz programme Pointless, which has aired since 2009 and is said to be watched by the Queen.

The presenter and comic will be swapping the telly studio for the harsh climes of the mountain.

He played for NFL teams New York Giants and Atlanta Falcons and is one of just five British-born players to have won a Super Bowl.

Hopefully his athletic skills and physical strength helped him on the tricky climb! Little Mix star Jade, 26, auditioned to be on The X Factor twice before she made it with Little Mix.

The singer auditioned in 2008 and 2010 getting through to Boot Camp both times, but didn’t make it any further.

But in 2011 she – along with Perrie Edwards, Jesy Nelson and Leigh-Anne Pinnock – was put together as a four piece by the judges and went on to win the show.

And the rest is history!

The girls have gone on to become one of the most successful girl bands of all time.

The girls were able to give each other moral support and exchange words of encouragement on the mentally and physically challenging climb.

Before joining Little Mix, Leigh-Anne had just finished her A-Levels and was working as a waitress in Pizza Hut.

The girls were the first group to ever win The X Factor, and have gone on to tour the world as well as achieve a Christmas Number One single with Cannonball.

The iconic hits Black Magic and Shout Out To My Ex also shot to the top of the charts.

What have the celebs said about the experience so far?

Speaking on This Morning, Shirley Ballas and Dani Dyer filled in hosts Holly Willoughby and Phillip Schofield on how the climb was going via live video link from Tanzania.

Shirley admitted: "The altitude is definitely kicking in, It’s 100 per cent tougher than anyone thought, we’re against the elements and I’m not an outdoorsy person.”

And Shirley agreed, saying: “Today was a particularly emotional day for me.

“I’m doing it [the climb] for men's mental health and Comic Relief, we’re putting everything we’ve got, we’re definitely out of our comfort zone.

“It’s been really difficult, I’m not usually that emotional."

She added: “It’s the hardest thing I’ve ever done in my life.”

The celebs are supporting Red Nose Day 2019 by wearing a T-shirt designed by Disney which is available exclusively in all TK Maxx stores nationwide and tkmaxx.com to raise money for Comic Relief