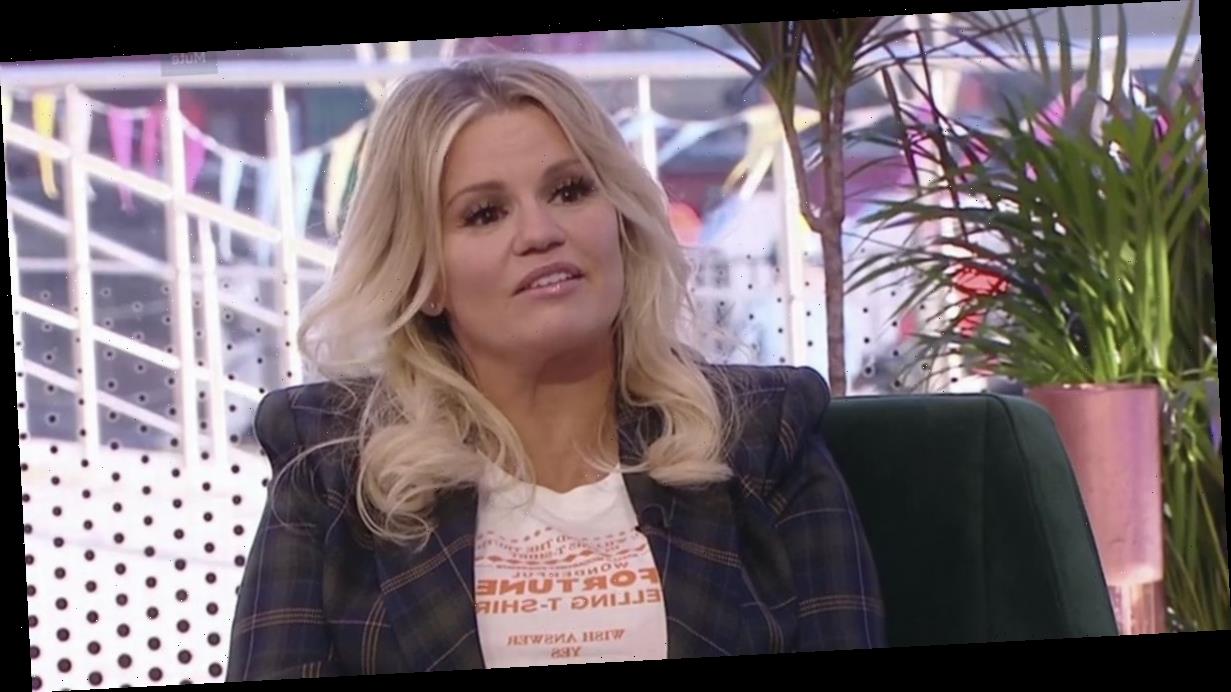 Kerry Katona grew emotional during her appearance on Channel 4's Steph's Packed Lunch on Thursday afternoon, as she discussed a troubling health scare on the show.

Several months ago, the mum-of-five, 40, discovered a lump on her armpit and noticed one of her breasts had swollen considerably.

Speaking with host Steph McGovern, Kerry fought tears as she reflected on that moment, revealing she feared for her life.

Kerry hasn't spoken out about the health scare until now, appearing on the daytime chat show in a bid to open the dialogue around cancer screenings up and down the country.

She admitted: "I never spoke about it."

It began when Kerry posed for a photoshoot for her clothing line, JYY London, with one of the photos showing her posing with her arm above her head.

When a fan noticed she had a bump on her armpit, Kerry dismissed it at first, but later noticed the bump for a second time while in the shower.

Kerry instantly feared she had cancer, as she told Steph: "I came out of the shower to my fiancé and I'm immediately crying."

The former glamour model revealed she feared medics would tell her she had "three to six months" left, as she remembered thinking, "you're not invincible".

Girls Aloud singer Sarah Harding announced in August of last year she had been diagnosed with breast cancer and the disease had travelled to other parts of her body.

Harding's own heartbreaking health struggles made Kerry realise she needed to act fast, booking an appointment to investigate the issue further.

Kerry added: "It was so overwhelming that I thought, ‘this is it'."

Thankfully, when Kerry went to the hospital to get the lump checked, she learned it wasn't cancerous and she was in good health.

Recalling walking into the hospital, she said: "I went with my other half and they wouldn't let Ryan [her fiance] in."

Kerry added: "It was the most horrific scariest moment of my life."

After undertaking a series of tests, doctors discovered the lump was not cancerous but was a lymph node that had previously been damaged during surgery on Kerry's right breast.

When Steph asked Kerry how she reacted to the news, the reality star admitted she'd grown emotional, overcome with feelings of relief.

She said: "I just sat there crying and I realised the importance of one's life."

Bringing the interview to a close, Kerry advised viewers to get regular checks, putting Covid fears aside and booking an appointment.

"It's not just the coronavirus that is killing people," she said, before adding: "Please get yourself checked."

Steph's Packed Lunch airs on weekdays at 12.30pm on Channel 4.