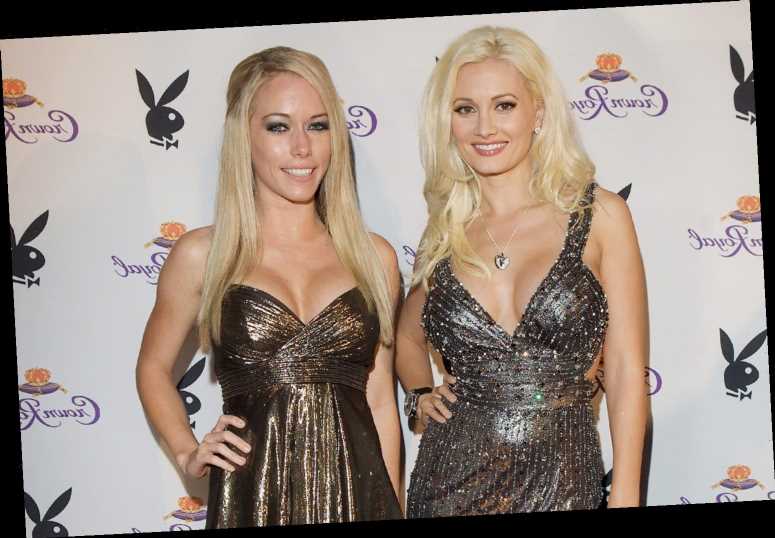 Kendra Wilkinson is speaking out after former Girls Next Door costar Holly Madison opened up about their former friendship and life in the Playboy Mansion this week.

On Wednesday's episode of the Call Her Daddy podcast, Madison implied that she and Wilkinson don't speak anymore and are not friendly with one another.

She also insinuated that Wilkinson had lied when she previously said that she wasn't intimate with Hugh Hefner before moving into the Playboy Mansion when she was 18.

In 2014, while competing on the reality TV series I'm a Celebrity, Get Me Out of Here!, Wilkinson said, "I moved in [to the mansion], and weeks went by, and I didn't know 'sex' was involved … because I knew nothing about Playboy — I had just graduated high school," according to Entertainment Tonight.

Call Her Daddy host Alex Cooper referenced the moment during Wednesday's podcast episode after Madison claimed that in order to move in to the mansion, the women were allegedly required to have sex with Hefner first.

"I had to sleep with him first," Madison, 41, said. "I'm not trying to slut shame anybody or anything, but nobody ever got asked to move in unless they had slept with him." RELATED: Holly Madison Has 'Nothing to Say' to Kendra Wilkinson: 'I Don't Really Want to Play Those Games Anymore'

After E! News posted about Madison's remarks on Instagram, Wilkinson commented on the post, writing, "Dude… it's 2021," with a laughing emoji.

"Times have changed," she said in a follow-up comment. "I forgive and have kids to love and focus on."

In response to another commenter who asked why Wilkinson was "hating" on Madison, the Sliding into Home author, 35, wrote: "How am I hating. She's [the] one out there. I'm all love now baby."

Another commenter told Wilkinson that, even in 2021, Madison "shouldn't be shamed" for talking about her experience on the podcast.

Holly vs. Kendra: How Their Memoirs Differ on Life in the Playboy Mansion

"There's nothing wrong with comparing what was glamorized 20 years ago to how things are now," the comment reads. "How about we not silence women, even if what they're discussing happened years ago."

Wilkinson accepted the critique, writing that "if you believe this will help women then I will try to understand."

She concluded, "I wish I had more time with Holly to understand this side… I wish her the best in life and [hope] this helps heal her."

Wilkinson and Madison had a falling out years ago and have feuded in the past over their differing accounts of what happened during their time living in the Playboy Mansion.

Madison left the Playboy Mansion in 2008 after seven years living there with Hefner and fellow Playmates. She told PEOPLE in 2016 that that chapter of her life is now closed, including her relationship with Wilkinson, who left the mansion in 2009.

"I wish her the best, but I'm done with that portion of my life," Madison said. "I've moved on. I'm happier now."

A rep for Wilkinson did not immediately respond to PEOPLE's request for comment.