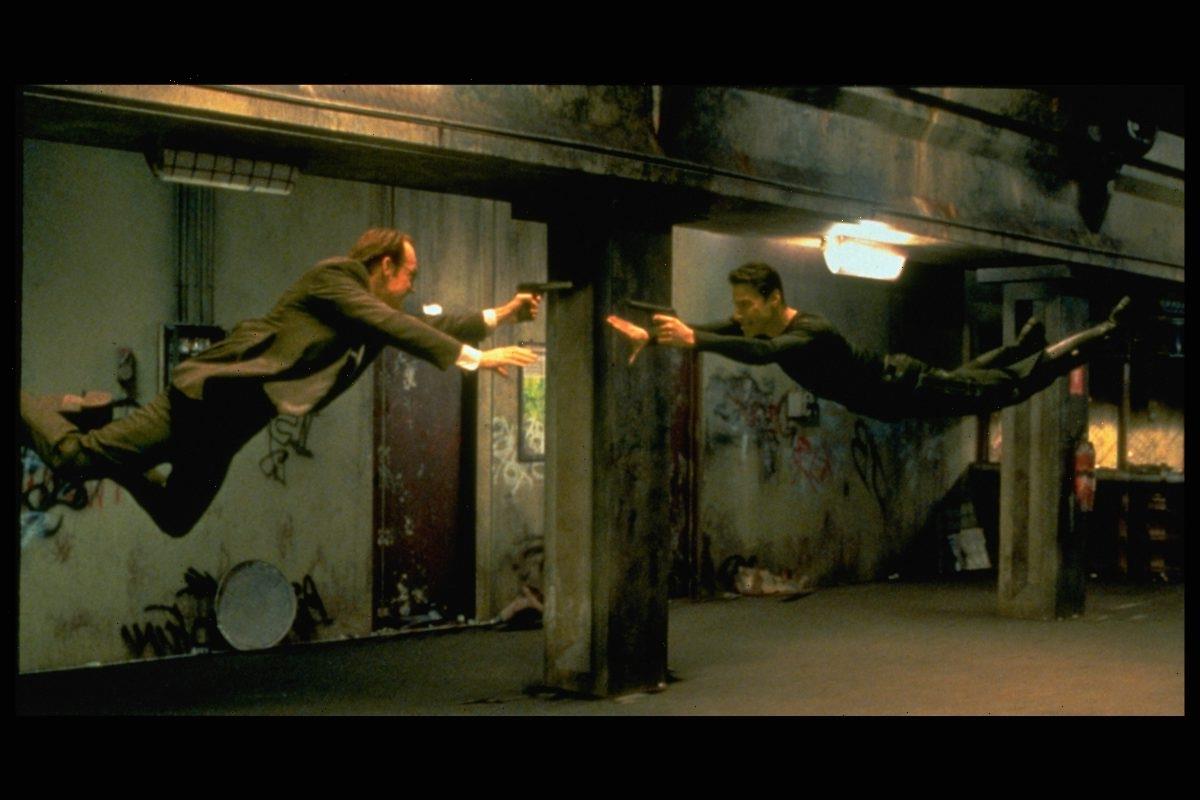 The Matrix took Keanu Reeves’ action career to the next level. He had made Point Break, Speed, Johnny Mnemonic and Chain Reaction in the ’90s. The Matrix taught him martial arts specifically for the film’s virtual reality fight scenes. After three John Wick movies, Reeves returns as Neo in The Matrix 4.

As his repertoire of action skills grows, Reeves admits he lost two. Reeves spoke with Willie Geist for his Sunday Sitdown podcast in 2019 when John Wick: Chapter 3 – Parabellum came out. Reeves told Geist two of his Matrix skills he no longer had.

The 2 ‘Matrix’ moves Keanu Reeves can no longer do

The Matrix was revolutionary for bringing Hong Kong style wirework to American science fiction. That’s how Reeves could remain in the air long enough to three kicks, or run up the wall and flip. However, it’s simpler things that are no longer in his wheelhouse.

“I can’t run,” Reeves said. “It’s more about recovery. I would say that’s the biggest difference. I would say recovery and the running, but with the experience though, you become more efficient. Hopefully you get better at what you’re doing.”

How Keanu Reeves makes up for running and recovery

Now that Reeves mentions it, it’s true. The Matrix had that big chase where he runs to the subway where he finally confronts Agent Smith (Hugo Weaving). John Wick doesn’t really run. He stays and fights. As for the recovery time, Reeves invests in preparation to minimize injury.

“I generally train about three months before we start filming, working with the stunt team, the action team because there’s Judo, a little jiu jitsu, all the weapons manipulations,” Reeves said. “Another Wickian thing is combinging things. In John Wick, the first one, it was like car fu because I was hitting people with cars, and shooting out of cars. Then there was gun fu because people coming after me to kill me, I’m grabbing them with a weapon so I’m doing Judo or jiu jitsu. Then in Chapter 3 we wanted to open up the action so now there’s horse fu. There’s some motorcycle fu.”

‘The Matrix’ was a game changer

It may have been the last time Reeves ran on film, although we’ll see what The Matrix 4 has in store. The Matrix trilogy was groundbreaking in Hollywoood not only for its visual effects. Reeves and costars Carrie-Anne Moss and Laurence Fishburne began a wave of Hollywood stars training to do their own fight scenes.

“Certainly the way the world reacted to the Wachowskis and The Matrix and the tirlogy, I’m a part of that,” Reeves said. “Certainly the scale of that film, I have no other film that has had that appreciation for it.”

Reeves believed in The Matrix but had no idea it would become the phenomenon it was, let alone that he’d still be making one a decade later.

“I knew that I was working with visionaries,” Reeves said. “They wrote it as well so I knew as writers and from their cinema. It came to be knowon as bullet time, this idea. They showed me proof of concept. When I went too meet them, they had these folios of art and then they showed me bullet time. I was like, ‘Wow, this is pretty exciting.’ And then they were like, ‘So, and then there’s four months of training. You’ve got to learn some movie Kung Fu’ and I was like, ‘Sounds good. Let’s give this a try.’”