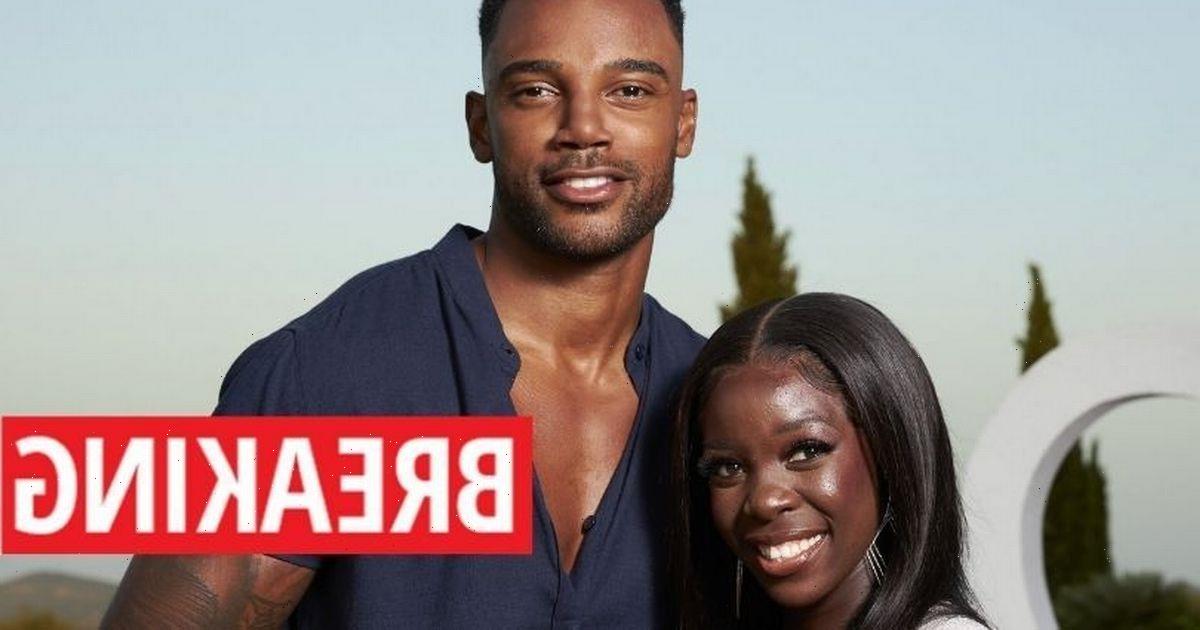 After a rollercoaster journey time is up for Kaz and Tyler in the villa as they have now said goodbye to their fellow islanders and home for the summer.

And it's fair to say fans are fuming that the two love birds didn't make it to the final two, as viewers took to Twitter to share their views on the results.

Another agreed: "I know I shouldn't be shocked but … FAYE actually got further than Kaz and Tyler. Faye. FAYE! Throwing this show in the bin."

A third chimed in with: "You know what guys. Kaz and Tyler have a certain freedom not being winners. Their relationship has less pressure too. But i am fuming still because fourth????????"

A final user penned: "Kaz and Tyler are fourth?! The most unproblematic couple out of the four? Disappointed, but not surprised."

This year's Love Island was one of the most explosive seasons of all time with twists and turns right up until the final week.

In a dramatic final few days in the villa we saw day-one couple turned boyfriend and girlfriend, Jake and Liberty, split and leave the villa in a shock exit from one of the season's top couples.

The seventh season of the hit show saw dramatic re-couplings, heated arguments, Casa Amor betrayals and even 2500 Ofcom complaints over the infamous 'Movie Night' row between Faye and Teddy.

Each of the couples remaining in the villa have had a bumpy ride breaking the trend of the 'smooth-sailing' couples we have come to know in previous seasons – think Dani and Jack or Kem and Amber.

Kaz Kamwi and Tyler Cruickshank found each other much later in the series than the other remaining couples.

Until Tyler's arrival Kaz had had a tough time finding someone who was right for her, so when hunk Tyler arrived they seemed like a match made in heaven.

Casa Amor changed all that – after receiving a postcard at the main villa Kaz saw Tyler getting close to another of the girls over at the island's other villa.

When Tyler returned with Clarisse Juliette it appeared that Kaz too had already moved on having re-coupled with Northern Irish contestant Matthew McNabb.

Though the pair ultimately gravitated back to each other to make the top three and both Clarisse and Matthew left the villa.

Faye Winter and Teddy Soares have been responsible for the most explosive argument of the whole season which led to 2500 Ofcom complaints.

Despite Faye's fiery personality and quick-to-react nature, Teddy's cool and calm persona seems to have made these two an unlikely pair that work exceptionally well.

Teddy's arrival to the villa saw him date four girls before narrowing down his sights to Faye who he re-coupled with, sending Rachael home.

This couple have had potentially the most divisive reaction from fans since the season aired but their place in the top three could see them take the win after the trials and tribulations they have faced.

Millie Court and Liam Reardon formed an instant connection when they met in the villa and they have been through a rollercoaster ride of a journey to make it to top three.

Liam's antics in Casa Amor saw the pair almost split for good when Millie learnt from Casa Amor girl Lillie that he had not been as loyal as he initially wanted her to believe.

The pair have since ironed out their issues and even declared their love for one another.

Though their journey has not been smooth sailing they have secured their spot in this season's top 3.

If Millie and Liam's time in the villa have been a rollercoaster then Chloe Burrows and Toby Aromolaran's journey can match only with Richard Branson's journey to outer space.

The pair split in the early days of the villa after Toby continued to make mad moves on other girls that entered the competition.

Toby eventually realised that Chloe was the girl for him and turned down both Abi Rawlings and Mary Bedford in an effort to start afresh with old flame Chloe.

The couple rekindled their spark and have since been voted the funniest couple and fans have got behind their series arc and Toby's growth throughout their journey together.

After the loss of Liberty and Jake from the Island the competition has opened up and who will win this series will be determined on Monday night, but who has what it takes to win?