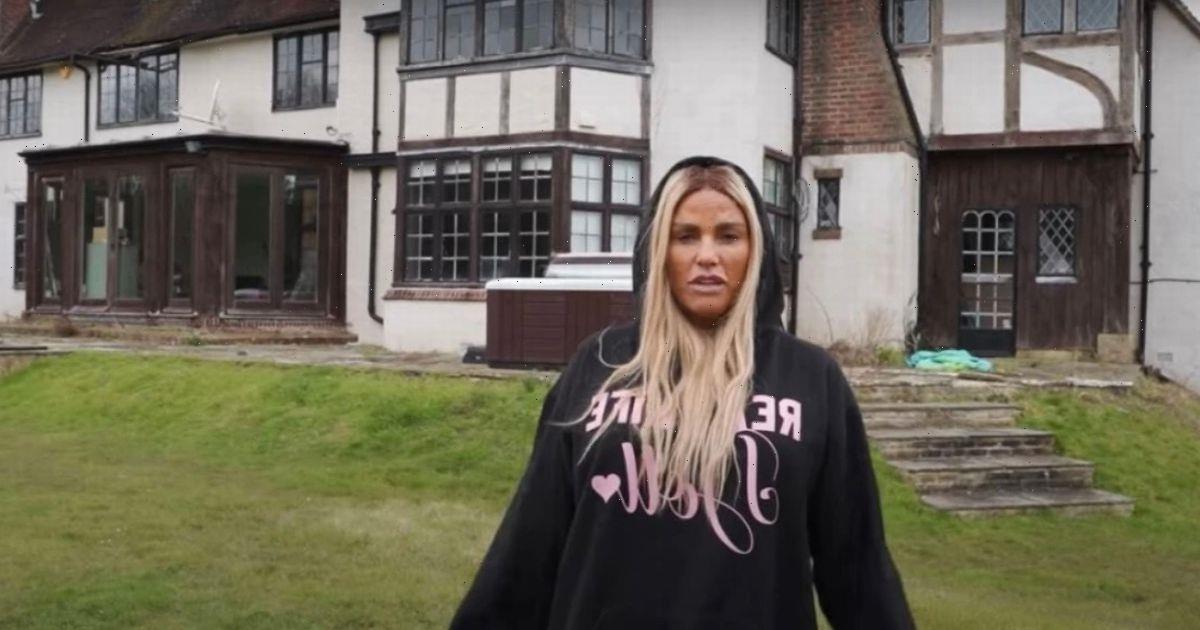 Katie Price has seen her Mucky Mansion TV show put in jeopardy after her "filthy" house was deemed too dirty to film in.

Katie, 44, was confirmed to film a second series of the show after the first proved a hit with viewers as she tried to renovate her £3m Sussex property.

While filming for the new series was already underway, reports now suggest that things have come to a standstill due to the condition of the property.

A report from The Sun has revealed that the production company have now had to call in professionals to help declutter the home.

An insider said: "There are piles of old clothes and free gifts Katie has been sent, and bags of litter and old hangers.

"It's very dirty in the parts of the house that haven't been made over yet, and it's damp and mouldy – the warm weather recently hasn't helped.

"They had to call in a specialist company to shift a lot of the stuff out so it's safe for the crew to go in."

They added: "I think it's filled up with rubbish again since the last show was filmed."

In series one, the Channel 4 crew joined Katie as she renovated children Princess and Jett's rooms and created a ‘garden room’ alongside her mum Amy who is terminally ill for her to remember her with.

The former glamour model also gave fiancé Carl Woods a nod by adding a neon sign to the hallway that read 'PriceyWoods’.

Katie previously spoke about the second series on Lorraine. She said: “We've only done four rooms so far, there's eleven bedrooms there, all the other rooms. Everyone loved it, I wanna do my bedroom!"

Katie has recently been attempting to improve her cash flow by selling her old shoes on Depop – including a dirty pair of white Balenciaga sliders.

She wrote: "Balenciaga white sliders, worn with a few marks as shown. No refunds or returns."