Good Morning Britain viewers got the chance to see Ranvir perform for the first time on Strictly Come Dancing during the launch show on Saturday. She was partnered with professional dancer Giovanni Pernice and the pair took to the dance floor together for a group routine.

Reflecting on her first performance on GMB this morning, Ranvir had some stern words for her co-host Kate Garraway.

Fans know Kate took part in the fifth series of Strictly Come Dancing and was partnered with Anton Du Beke.

Ranvir explained her co-host didn’t give her enough warning about how she would feel after training.

“Can I just say Kate, you never told me how actually painful and hard it is to do the dancing,” Ranvir remarked. 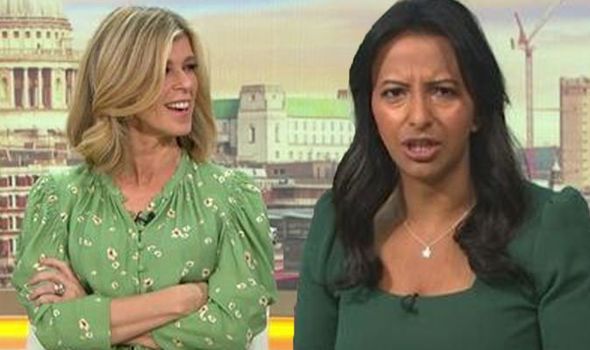 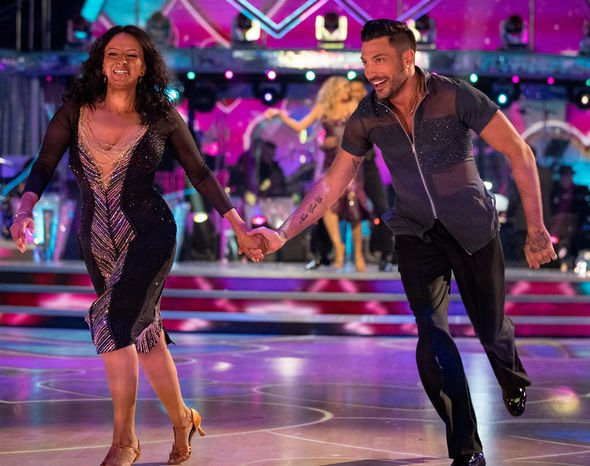 Kate replied: “I think I might have done Ranvir. I might have said you’d have bruises in places you won’t expect.

“You were just so full of glitz and sequins.”

The presenter added: “Everybody takes it seriously and rightly so!”

Kate also shared head judge Shirley Ballas’ initial impressions of this year’s group of celebrities and she was full of praise for Ranvir. 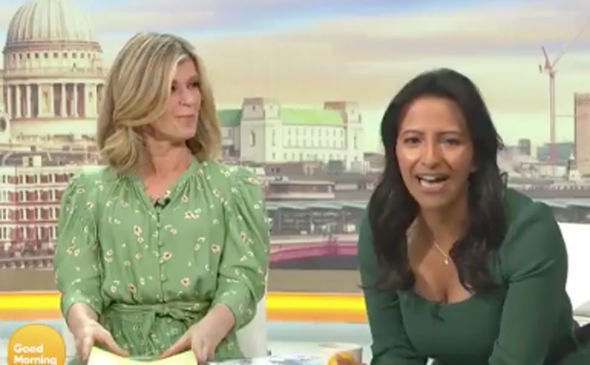 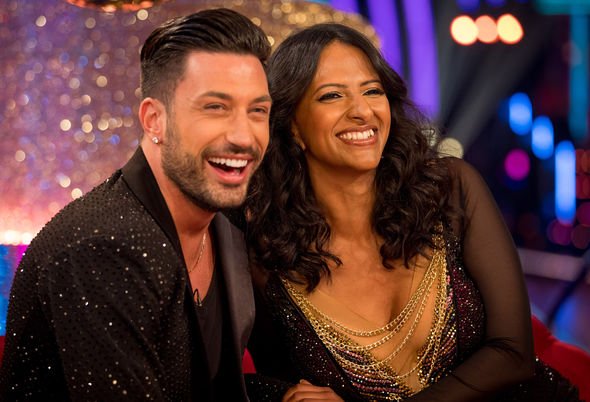 “Maisie [Smith], she’s told not to be confident,” Kate dished.

“Our Ranvir, she said she could keep up with Giovanni. You’ve got the right attitude at the moment, you’re just loving it.”

Speaking of Ranvir and Giovanni’s pairing, Shirley Ballas told The Sun: “She was able to keep up with him and she didn’t look nervous.

“She looked quite relaxed and is used to being on TV, as well.

“You could see some of them were nervous but she looked quite comfortable.”

Ranvir went on to admit she felt “totally broken,” explaining: “The first live show is quite a big thing.

“I was broken after that first day, totally broken!”

She later added that her feet were “torn apart” and similar to when she ran the London Marathon.

Her odds of lifting the coveted Glitterball Trophy are priced at 33/1 with Ladbrokes.

Meanwhile, Maisie Smith leads the betting with odds of 7/4 to be victorious with professional partner Gorka Marquez.

She faces tough competition from popstar HRVY whose odds of winning are prices at 5/1.

Strictly Come Dancing continues Saturday on BBC One while Good Morning Britain airs weekdays on ITV at 6am.

AJ Pritchard &apos;s girlfriend has spoken out after her beau was seen having a rather tense moment with Shane Richie...