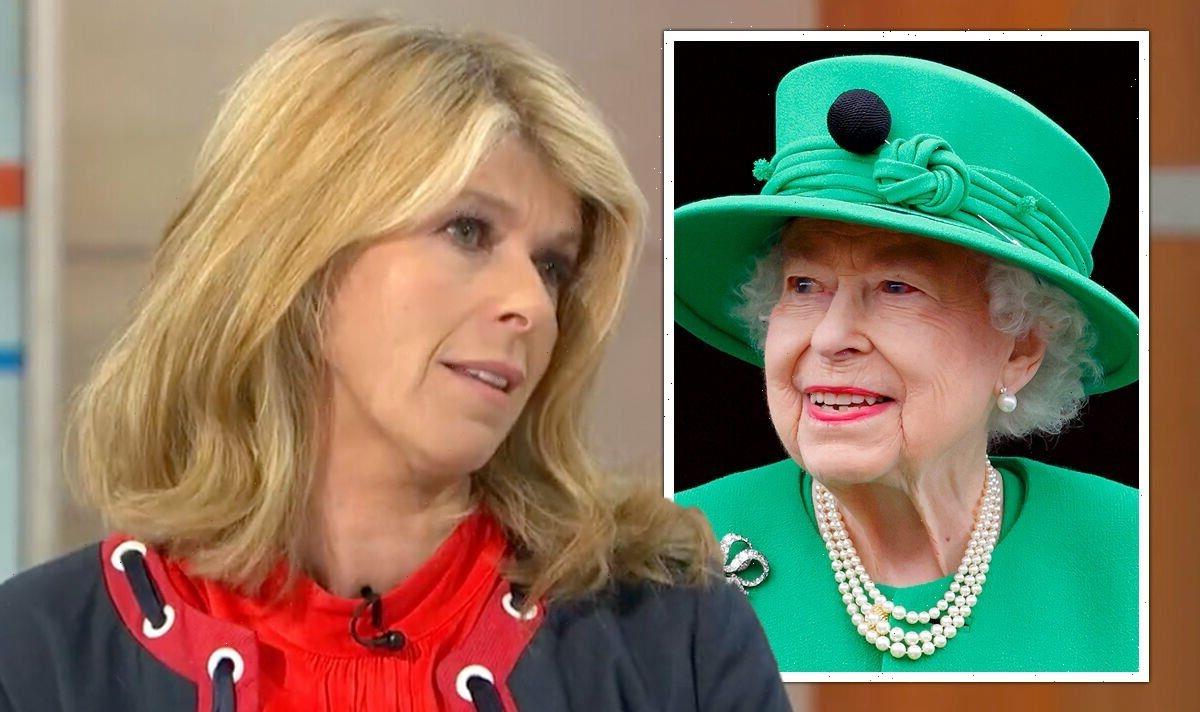 Kate Garraway joined her fellow Good Morning Britain hosts Susanna Reid and Richard Madeley on Monday as she recounted her experience of the Platinum Jubilee Parade. Kate was part of the spectacular event celebrating the Queen’s 70 years on the throne and she spoke about feeling a sense of hope and joy from the public who gathered to show their love for Her Majesty.

Kate commented: “There was a lot of people waving and just saying ‘hello’.

“There was amazing feeling of party ad we were very lucky Arlene and I to be part of the official Buckingham Palace one.

“But I feel there was that sense of, if you were watching at home or having your own street party that it’s just a wonderful thing. This a piece of history.”

“And this one person who has been there through it all,” Kate continued.

Arlene Phillips added: “And leaving behind a lot of hope.”

It comes after former Labour MP Laura Pidcock hit out at the celebrations for the Queen’s Platinum Jubilee.

On May 26, she tweeted: “ I just feel like there is a real grossness to the state-driven Jubilee celebration fanfare.

“People are skint, getting so much more skint & full of worry & we are supposed to go out & celebrate 70 years of unadulterated, unaccountable wealth, privilege, power & exploitation? Nah.”

User @lcky1765 posted: “Glad it’s over…. A total waste of taxpayers money and let’s not forget the atrocities Britain has caused over the century…#PlatinumJubilee.”

While @JmibAgent shared: “#PlatinumJubilee waste of time and money. Isn’t it about time we got rid of the monarchy.”

Elsewhere in her interview, Kate recalled an embarrassing moment from the pageant which saw her lose her shoes.

“Can I just say, a personal moment of jubilation for me because there was a big sign saying ‘national treasures’ and we got to walk through it,” Kate recalled.

“We all gathered together and Sir Cliff Richard was there and I had my old trainers on and felt embarrassed.”

Susanna joked: “So you threw one away?”

“I changed and dropped it,” Kate replied covering her mouth with her hand in embarrassment.

Coverage of the Platinum Jubilee celebrations can still be seen on BBC iPlayer, including the video of the Queen having marmalade sandwich with Paddington Bear.

Other highlights inlcuded the Party at the Palace and Jubilee Pageant.

Good Morning Britain airs weekdays on ITV from 6am.