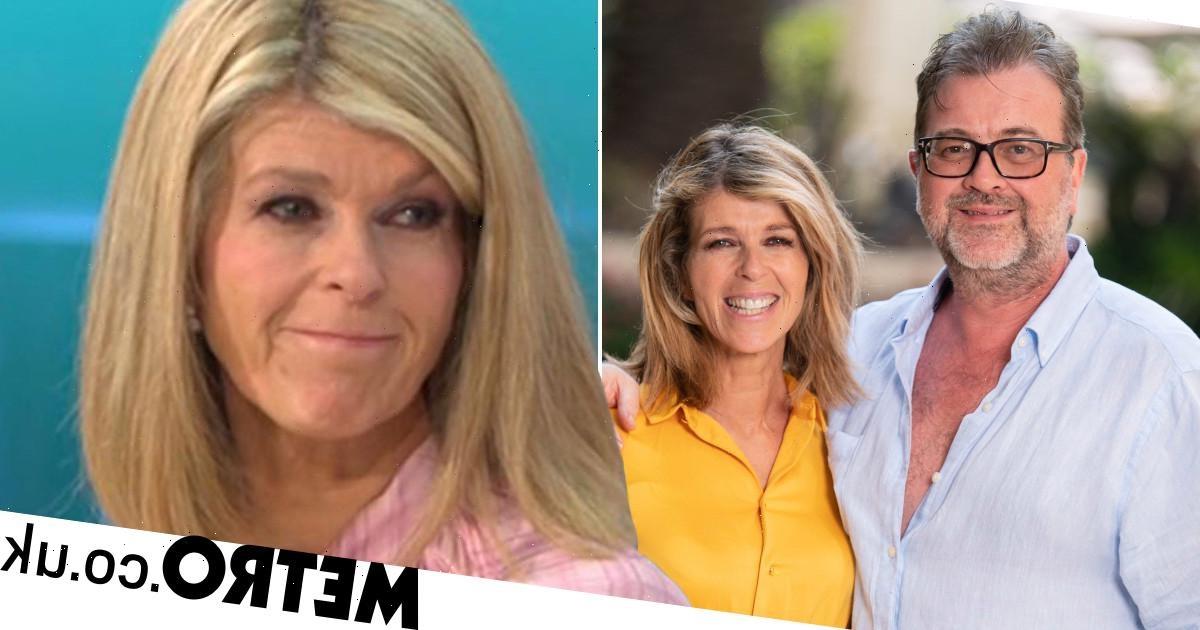 The presenter is shortlisted in the new category of authored documentary for Finding Derek, a film that provided a candid insight into family life while her other half spent a year in hospital being treated for the virus.

‘I’ve been feeling really emotional, to be honest, and wondering whether to go at all because it just feels a bit wrong to go,’ Kate said.

‘It feels wrong to be asking people to vote because it’s such a difficult subject.’

However, Kate said that after having a chat with a passer-by yesterday, she changed her mind about urging the public to vote. 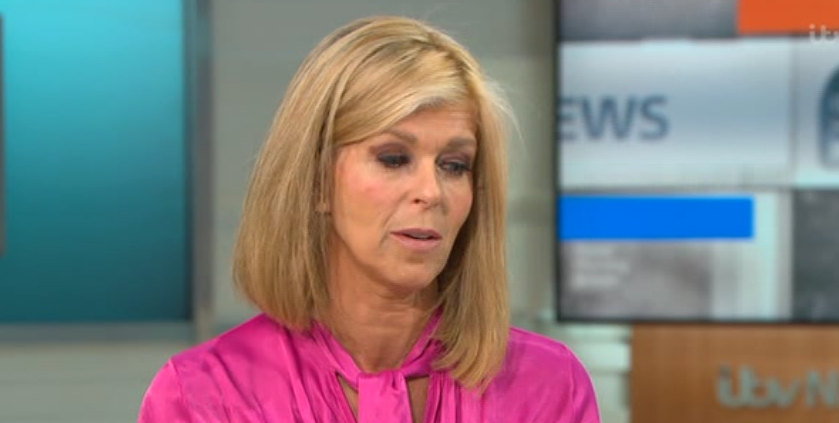 The stranger told her that her sister died from Covid damage two weeks ago and that the documentary gave her so much hope.

Fighting back tears, Kate continued: ‘For those people, I’d love for it to get the profile because actually, I don’t want them to be forgotten. We’ve got to keep going.’

Martin said he believes Kate should attend the glamorous event tonight, and told her: ‘I think you should go with pride. It will be bittersweet.

‘Derek is very proud of you as a journalist, this is a journalistic piece of work that you’ve done that’s shone a light on the difficulties that so many people have faced.’

The authored documentary category was introduced following a wave of celebrity-led factual programmes.

Kate is up against Marcus Rashford for his BBC show Feeding Britain’s Children, as well as Katie Price for her documentary Harvey And Me.

This category also sees a contest between brothers Rio and Anton Ferdinand for their programmes on stepfamilies and football racism respectively.