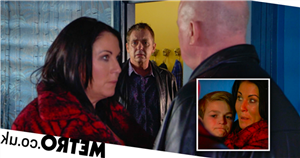 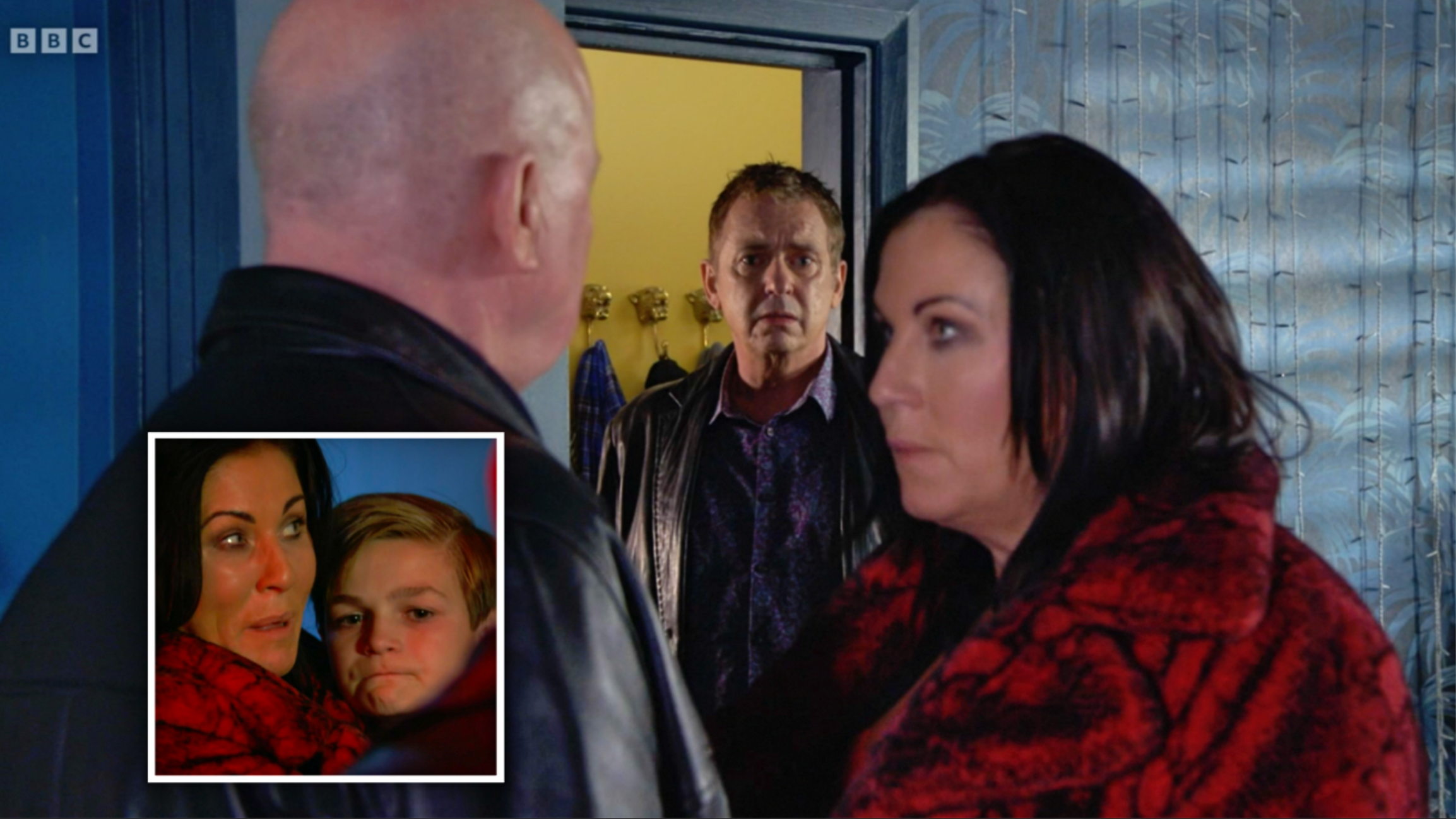 Kat Slater (Jessie Wallace) made a decision she might well live to regret in EastEnders, bafflingly agreeing to stay with Phil Mitchell (Steve McFadden), putting her children’s lives in danger in the process.

Kat’s relationship with hard-man Phil has long been a point of contention for fans of the show, with several noting that former Vic landlady Kat would never get into bed with Phil.

Various reasons are often mentioned when this discussion is raised, with the most notable being the fact that her beloved kids lives would be in danger, something which Kat would simply never allow.

Then there’s the fact that, prior to their relationship, Phil sinisterly threatened Tommy, a child he now claims to love as his own.

But despite Phil vowing to protect his loved ones, Kat and Tommy found themselves in mortal danger earlier this week, after furious DCI Keeble (Alison Newman) had them kidnapped in a bid to get one over on Phil.

Kat was determined to protect her son, and therefore she fought with captor Keeble, desperately trying to acquire the gun, but the gun went off, leaving the detective bleeding out.

Phil arrived shortly afterwards, and – after persuading Keeble to drop her vendetta against his family – he had Keanu Taylor (Danny Walters) rush her to the hospital, where she received treatment.

Kat, meanwhile, struggled to get her head around what had transpired, telling Alfie Moon (Shane Richie) that she nearly took a life, which is something she would’ve never done prior to her relationship with Phil.

In a rare moment, the Kat Slater we all know and love – who has been somewhat absent since she got with Phil – was back. She confided in her ex-lover about how she fears for her kid’s safety while she’s with Phil, which is a sentiment Alfie echoed.

But despite her intentions to finish with Phil, the hard-man talked her around, claiming to love her more than any of his previous love interests (sure, hun), pleading with her to give him another chance.

Alfie was less than pleased to hear about Kat’s decision to stay put with Phil, speaking for the nation when he said that he hopes she doesn’t live to regret it.

EastEnders continues Monday January 9 at 7:30pm on BBC One.