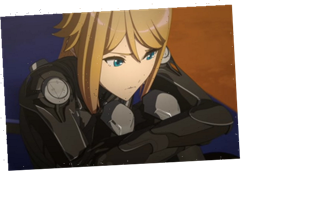 Netflix dropped the trailer for anime series “Pacific Rim: The Black” Friday, revealing an animated world that has been overrun by Kaiju.

Based on filmmaker Guillermo del Toro’s blockbuster “Pacific Rim” movie franchise, “Pacific Rim: The Black” continues the epic battles between monsters and robots, this time through the eyes of two teens in Australia.

Per Netflix, “There was a time when Kaiju rose from the Pacific Rim only to encounter gigantic robots, Jaegers, built to fight them back. That time has passed. Now, Australia has been overrun by Kaiju, forcing the evacuation of an entire continent. Left behind, teenage siblings Taylor and Hayley embark on a desperate search for their missing parents, teaching themselves to pilot a battered, long-abandoned Jaeger to help in their quest and give them even the slightest hope of surviving.”

Watch the trailer for “Pacific Rim: The Black” via the video above.

The series, which consists of seven 30-minute episodes, launches March 4 on Netflix.

del Toro’s “Pacific Rim” was released in 2013 and its sequel, “Pacific Rim: Uprising,” hit theaters in 2018. The anime series, “Pacific Rim: The Black” is set to expand on the story told in the first two films.