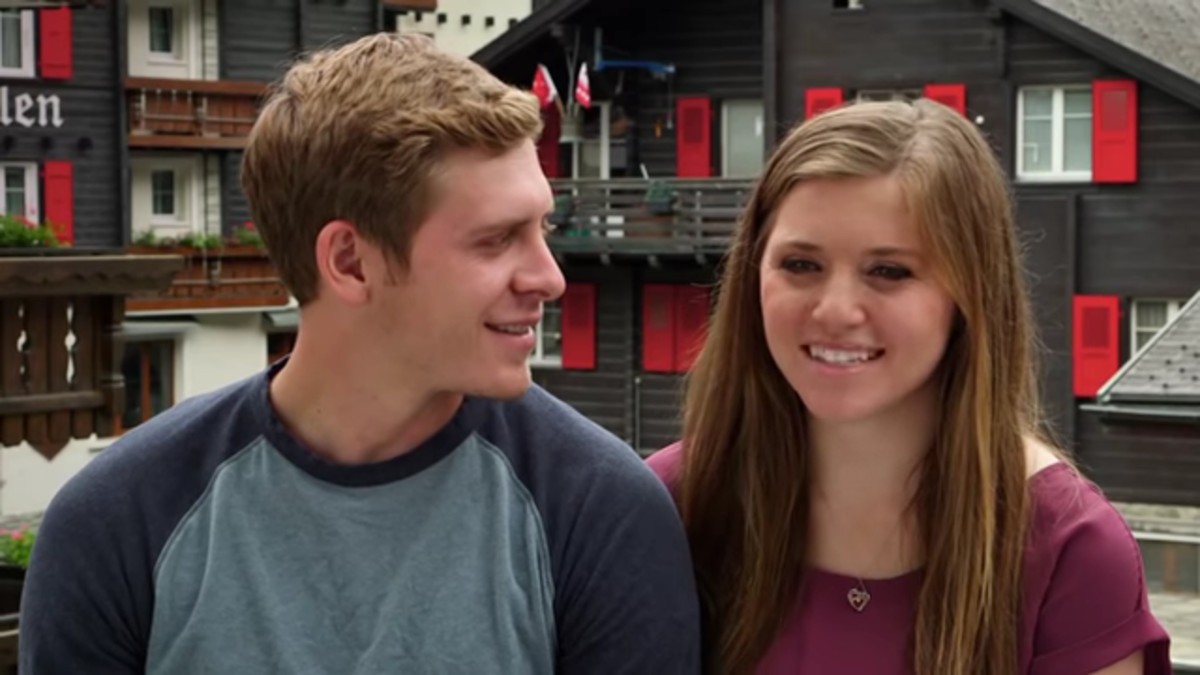 Nearly a week after giving birth, Joy-Anna Duggar and Austin Forsyth have revealed the name of their rainbow baby girl.

The parents chose Evelyn Mae Forsyth for their little one. She will be called Evy, according to Joy-Anna, who shared sweet photos of the baby in conjunction with her name debut.

Why did Joy-Anna Duggar and Austin Forsyth choose Evelyn Mae?

It looks like the couple had a difficult time choosing a name for their new addition. Joy-Anna Duggar said, “We had a hard time deciding but after a few days finally settled on “Evy Mae” and we think it fits her perfectly!”

Little Evelyn Mae, Evy for short, joins big brother, Gideon Martin Forsyth. She is baby number two for the couple and the rainbow after the storm they suffered last summer. Joy-Anna and Austin have talked about praying for her after losing Annabell Elise at 20-weeks gestation, and now, they have her.

Austin Forsyth also shared photos with the name announcement on his Instagram account. He and Joy-Anna Duggar have been gushing about their little one since her birth announcement came on Monday afternoon. She was born just two days after her due date, and everything went well for mom and baby.

✨ Evelyn Mae Forsyth ✨ • I wanted her name to be perfect and elegant! We had a hard time deciding but after a few days finally settled on “Evy Mae” and we think it fits her perfectly! 💕 . @threebeesphotography

✨ Evelyn Mae Forsyth ✨ • I wanted her name to be perfect and elegant! We had a hard time deciding but after a few days finally settled on “Evy Mae” and we think it fits her perfectly! 💕 . @threebeesphotography

What’s next for the family of four?

Joy-Anna Duggar has mentioned on numerous occasions that updates about her growing baby girl will be done on YouTube. It was speculated that her name would also be revealed that way, but instead, they chose to do it on Instagram.

As far as Counting On goes, it is unclear if there will be a birth special or not. It was confirmed by Derick Dillard that Joy-Anna and Austin had quit filming the show, but they have appeared on and off this season.

Little Evelyn Mae Forsyth joins a slew of little girl cousins who have all been born since May 2019. Ivy Jane Seewald, Addison Duggar, Bella Duggar, Maryella Duggar, and Grace Duggar were all born ahead of her.

In November, Jinger Duggar will welcome her second child. Kendra Caldwell and Joseph Duggar are also expanding their family with another little one due in February.

It has been almost a week since Evelyn Mae joined the Forsyth family. Everyone is adjusting to their new life as a family of four, and mom and dad are smitten with their little girl.

Counting On airs Tuesday nights at 9/8c on TLC.