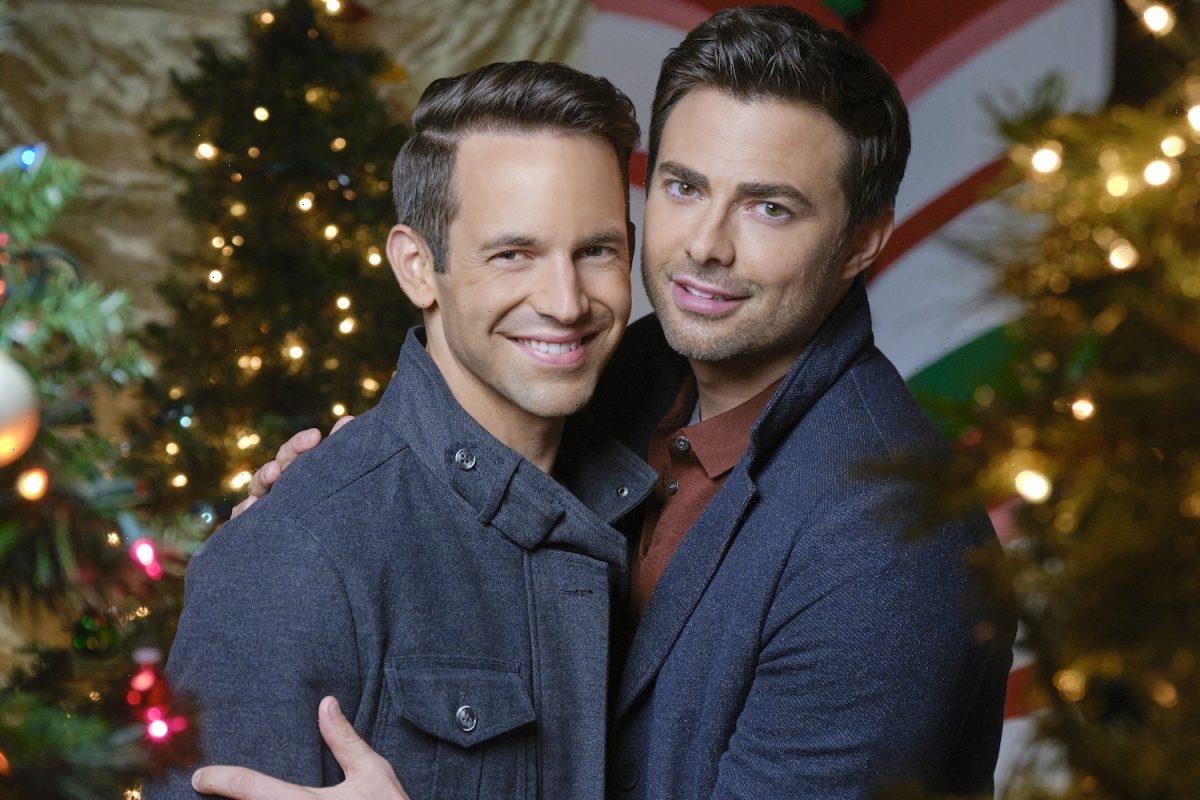 Get ready for an intense Christmas showdown. Hallmark Channel is bringing the Mitchell family back for a sequel to is 2020 movie The Christmas House, starring Jonathan Bennett and Robert Buckley. Here’s what we know so far.

Hallmark Channel announces a sequel to ‘The Christmas House’

Hallmark has revealed titles for some of the 41 new holiday movies that will air this year on Hallmark Channel and Hallmark Movies & Mysteries. The list includes The Christmas House 2: Deck Those Halls.

“The Mitchell Family is BAAAAACK!!! The Christmas House 2 is coming to @hallmarkchannel this Christmas! Double the family double the fun!” tweeted star Bennett when the news was announced.

In the follow-up to The Christmas House, the Mitchell brothers, Mike (Buckley) and Brandon (Bennett), compete to see who can create the best Christmas house. The rest of the original movie’s main cast will also return, including Treat Williams and Sharon Lawrence as Mike and Brandon’s parents, Bill and Phylis. Ana Ayora will be back as Andi, Mike’s high school crush, and Brad Harder reprises his role as Brandon’s husband Jake.

A premiere date for The Christmas House 2 hasn’t been announced.

The Christmas House was groundbreaking for Hallmark Channel

The Christmas House was a groundbreaking movie for Hallmark Channel. It was the first holiday movie on the network that featured a prominent LGBTQ storyline. In the original movie, Brandon and Jake are waiting for news about whether their planned adoption will go through.

“It’s the first time you see 2 men in love starting their own family [on Hallmark Channel],” Bennett said in an interview with Good Morning America. “And that’s such a groundbreaking thing because representation is important.”

“Of all the movies I’ve done in 20 years in Hollywood, this movie is the most important to me because this character matters,” Bennett, who got engaged to his boyfriend Jaymes Vaughn in November 2020, added. “And this character is making a difference.”

‘The Christmas House’ was inspired by Robert Buckley’s family traditions

In The Christmas House, Mike and Brandon return home for the holidays. They learn that their parents are considering selling their childhood home. Together, the family decides to bring back their tradition of over-the-top holiday decorating one last time. Buckley’s own family tradition of going all-out at Christmas inspired the movie’s story.

“We became known in our town and the local town as ‘The Christmas House,’” the actor, who recently joined the cast of Chesapeake Shores, told The Hollywood Reporter. “Elementary schools would take field trips to our house. It was a proper attraction. When I mentioned this to someone, I said, ‘You know what, that could be a movie.’ And then a Hallmark executive heard about it and was like, ‘That actually is interesting, you wanna talk about it?’ And that was sort of the beginning of the process.”