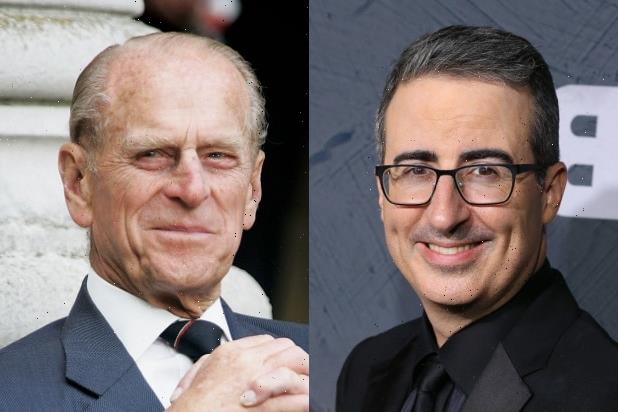 He’ll sit out this funeral with Meghan Markle

Still, Seth Meyers offered his fellow late-night host sincere condolences on Monday’s “Late Night.” OK, so “sincere” might not be the right word.

“I mean, it’s difficult, isn’t it?” Oliver responded on the NBC program. “When a 99-year-old with such a checkered moral history leaves us, it’s hard to know exactly how to feel. Or indeed, whether to articulate how you actually do [feel].”

“They were very close,” he deadpanned. “And I don’t think it was just restricted to them. I believe that family is familiar with one another.

“In the way that they can’t be close emotionally, they certainly are close biologically,” Oliver added.

“With that general rule that you should not speak ill of the dead? It feels like people were really trying to do that,” Oliver continued, apparently alluding to Philip’s history of questionable comments involving racist stereotypes and crass language. “What you also can’t do, is speak overly complimentary of the dead. And it feels like at that point, all bets are off. Then the people who have been biting their tongue go, ‘Actually, f— you, no, here’s what he was really like.’”

So yeah, he’s definitely not invited to the April 17 services at Windsor Castle.

Watch the video above.

Prince Philip, husband of Queen Elizabeth II for more than 70 years, died last week of undisclosed causes at the age of 99. He had previously been hospitalized for a month earlier this year, but returned home last month.

Prince Harry announce that he would attend the royal funeral, while Markle will remain in California due to her pregnancy with the couple’s second child.

The Duke and Duchess of Sussex raised a media firestorm with a widely watched interview with Oprah Winfrey last month. The couple opened up about their decision to step down as senior members of the royal family and hinted at strained relationships with the rest of the family.