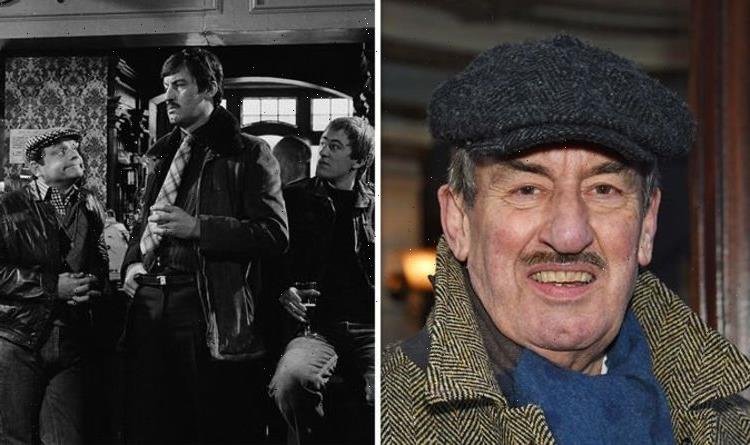 John Challis – best known for his portrayal of the second-hand car dealer Boycie in Only Fools and Horses – has sadly died aged 79. A statement from his family said: “It is with heavy hearts that we bring you such sad news. “Our dear friend and yours, John Challis, has died peacefully in his sleep, after a long battle with cancer. “He will always be loved for being ‘Boycie’ and leaves a great legacy of work that will continue to bring pleasure and smiles for many years to come.

“Please respect the privacy of John’s family and friends at this difficult time, and be assured that in the future there will be an occasion to celebrate John’s life – when everyone will be welcome to come along.”

Challis starred in the iconic British comedy from 1981 to 2003, alongside Sir David Jason and Nicholas Lyndhurst.

In 2011, Challis opened up about aspects of his personal life, including his regret that he never had children.

He told the Guardian at the time: “I’d have liked to have had a daughter and I think we would have been good parents. It would have been nice to pass on all the stories and the experiences that I’ve had.

“Not that they’d take any bloody notice, of course. Like me.”

The actor, who also appeared in Coronation Street in 1967, spoke candidly about his upbringing as an only child.

He added: “I am an only child but I never felt lonely. My upbringing was strict and my father wasn’t averse to corporal punishment.

“I remember lying in bed listening to my parents arguing about whether I should be beaten. My mother was obviously not keen, but I would hear my father saying: ‘It’s about time that boy had some discipline. When I grew up, blah, blah, blah.’

“I’d come downstairs in the middle of the night and stick my finger in the lemon curd or the chocolate spread, and he’d be waiting for me.”

Challis also described how his father only gave him £5 in his life, and added that he came from a hard, northern background working in the Sheffield steel mills.

His mother, however, was a “softer touch” who also had ambitions to become an actor.

Challis discussed how his parents split while Only Fools and Horses was growing.

He said: “By the time Only Fools and Horses became successful, he had got Alzheimer’s and was behaving very strangely.

“My mother was also ill with some kind of subcutaneous cancer. To begin with his drinking disguised the Alzheimer’s. Then the drink got so out of control that my mother left him. So I was dashing between the two of them feeling responsible for both.

“His Alzheimer’s deteriorated to the point where he was a danger to himself, and I had to make the incredibly difficult decision to section him.

“My mother eventually died in 1987 when she was 67 and my father died two or three years later.”

Challis will be remembered fondly as a result of his acting career, as tributes today show.

Sir David Jason led the tributes to Challis, writing in a statement: “It is with much sadness to hear that John Challis, a dear friend, has passed away. He was a wonderful actor, a gentleman in the true sense of the word and I know he will be missed by so many.”

He said Boycie was “a character so well loved by the many fans of that show so I am pleased that he witnessed the outpouring of admiration recently shown for the 40th anniversary of the first episode in 1981. I send my love and condolences to his wife, Carol.”

Sue Holderness, who played his on-screen wife, said in a statement: “Marlene without Boycie – it’s unthinkable.

“John Challis was my partner on screen and stage for 36 years and my beloved friend. R.I.P. darling John. I will miss you every day.”