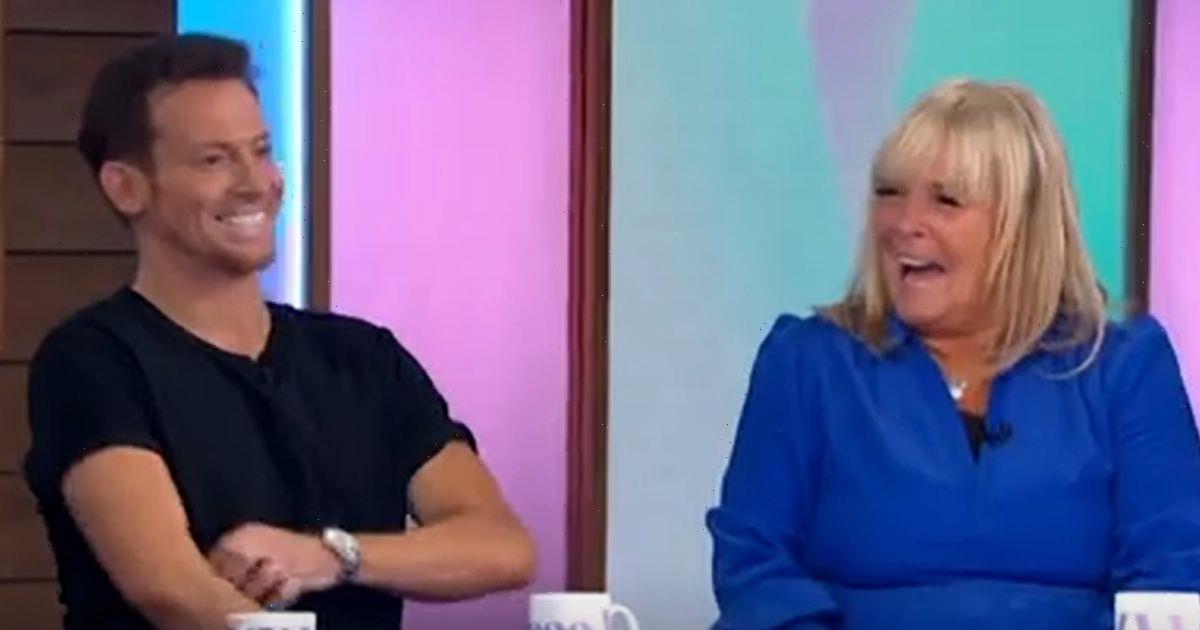 But things took a hilarious turn when panellist Linda Robson procured an unexpected confession from her guest.

Joe, 40, and Linda Robson, 60, are old family friends who used to live opposite each other.

Chatting about their history, Joe said: "Growing up, you knew my Dad. My mum still lives next door to Linda's sister, we used to go on holidays together."

However, mid-way through their wholesome chat Linda cut Joe off and asked with a wry smile: "Just to finish off, what did you lose in my house?"

And Joe, looking bashful hesitated before saying: "I became a man in Linda's house" implying that he'd lost his virginity in the home of the Loose Women panellist causing the panel and the audience to fall around in hysterics.

He hurriedly added: "Not with Linda!"

Kelly Holmes tried to spare Joe's blushes by saying: "No, Linda" and Kaye Adams tried to reign things in saying: "Anyway, so… gosh."

Elsewhere in the chat, Joe opened up about his wife stacey's competitive nature that leaks into their home life.

He also shared that his baby daughter Rose, age 1, has recently started walking. He said: "Rose is walking now, it's unbelievable as she's so small. We went to Euro Disney. When I left Rose was a little baby, she was crawling around, and when I got back from my holiday she was walking."

Stacey and husband Joe Swash’s luxury trip to Disneyland Paris was in honour of baby Rose turning one, and Stacey turning 33.

The couple posted continuously about their fun trip, with Stacey uploading lots of details about it including how much it cost in a bid to be truly transparent with her loyal fanbase. She wrote: “It was altogether expensive. Lots of you asked this. I do think it was worth it and it really was magical. It depends on how much you and your family love Disney I think. But the service and quality of everything was excellent.”

Sharing an adorable video of the family at the front of one of Disney’s famous parades, Stacey showed the moment Peter Pan’s Wendy came over to Rose to greet her.

Alongside the video she wrote: “Birthday magic. And now we are on the most magical Birthday adventure… my favourite place ever”.