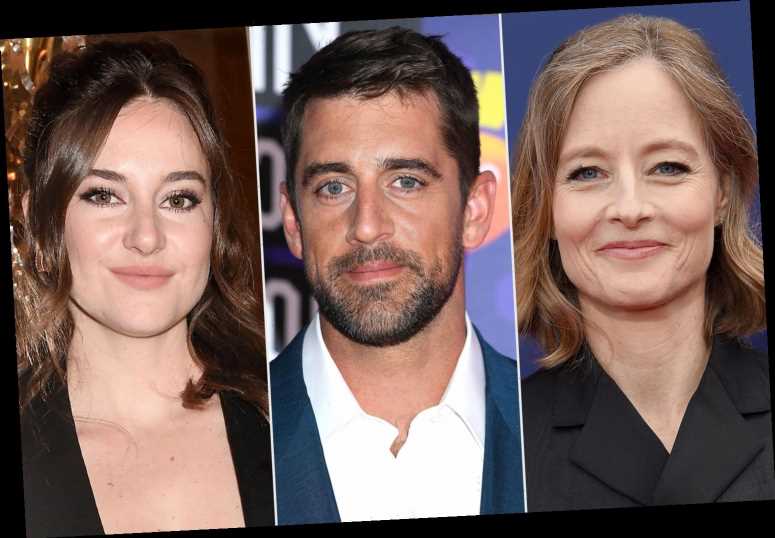 Jodie Foster is thrilled to be an honorary part of the Green Bay Packers.

On Thursday's episode of Jimmy Kimmel Live!, the actress chatted with Jimmy Kimmel about her new film The Mauritanian — plus the moment Aaron Rodgers gave her a shout-out out in his acceptance speech for the NFL MVP Award earlier this month.

Foster — a "big Packers fan" who stars alongside Rodgers' fiancée Shailene Woodley in The Mauritanian — was among the many names the quarterback, 37, listed in his acceptance speech after he said, "Off the field, I've got a great group of people that support me, so I'd like to thank my team."

"You see, he said 'my team,' even though he said 'off the field.' That makes me a Green Bay Packer," the Oscar-winning actress, 58, joked after the host asked her about Rodgers' shout-out. After Kimmel, 53, asked whether she knew Rodgers, Foster said "No!" and insisted, "He just knows I'm his biggest fan."

"He mentions his fiancée, who is Shailene Woodley, who is your costar in this particular movie. And that's just a total coincidence?" Kimmel pressed.

"I don't know if that's a coincidence, but yes, she is, and she's fantastic," Foster answered. "We spent a lot of time on The Mauritanian together in a little tent with a little air conditioning spitting at us, talking about our lives and recipes and people we hate and things like that." Shortly after Rodgers made the surprise announcement that he was engaged during the virtual NFL Honors broadcast on Feb. 6, a source confirmed to PEOPLE that Woodley, 29, is his fiancée.

"They are very happy together," the insider said at the time. "It's not surprising he proposed so fast. When you know, you know, right?"

A few days later, those close to the athlete told PEOPLE they were shocked to learn that he and the actress got so serious, so fast.

"It was a surprise that they got so close so quickly," a source close to Rodgers said. "I mean, it really felt like one day he was with Danica Patrick, and then suddenly he was with Shailene. It happened super fast."