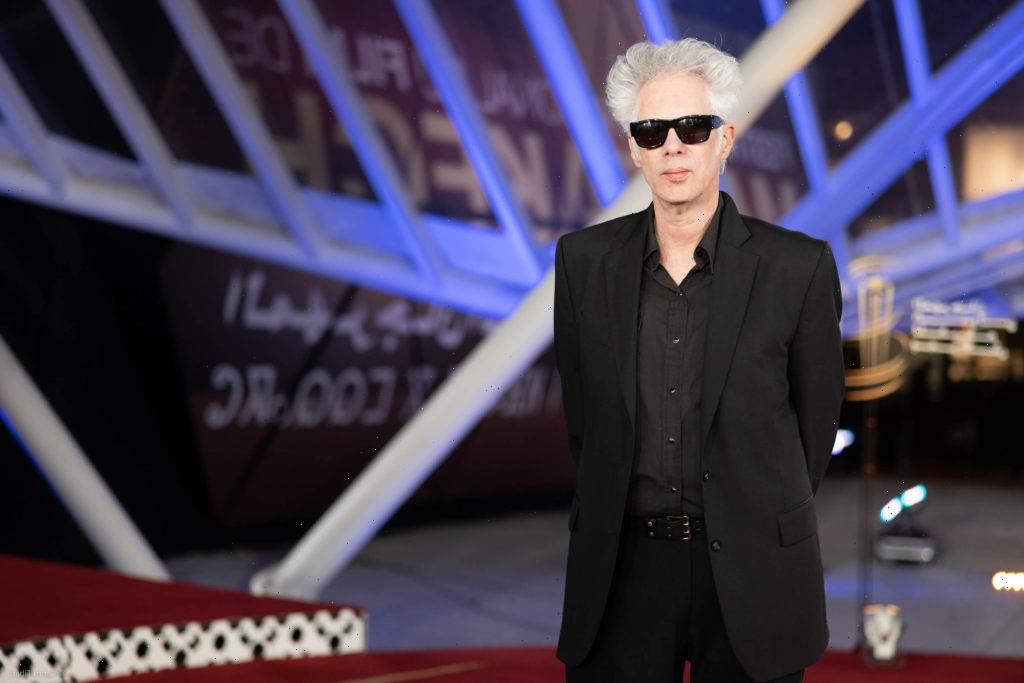 Jim Jarmusch was a hot ticket at the Marrakech International Film Festival this week as seasoned cinema professionals, film students and high school kids packed out a rare on-stage conversation with the U.S. director.

The 300-strong audience were not disappointed as Jarmusch shared insights into his 40-year career.

“I am a self-proclaimed dilettante, not in a negative way, because life is short, and all the incredible things you can learn or be interested in, it’s insane to me. I’ve become interested in many things, mycology, the study of fungi, ornithology, history of European motorcycles,” he said.

The Ohio-raised filmmaker said he owed a debt of gratitude to France and the French Cinematheque in Paris for his discovery of cinema when he spent 10 months in the French capital as part of his American and English literature degree at Columbia.

“I got incompletes in my college course because I spent all my time at the Cinematheque or wandering the streets of Paris at night. It was an incredible period for me,” he recounted.

“Consequently, France has always been a very strong thing. I have dear friends who are French, and I love Paris. The Cannes Film Festival has been very supportive of me, whereas in Hollywood I can’t even get arrested,” he said.

Jarmusch won Cannes Camera d’Or for his first feature Stranger Than Paradise in 1984 and has since shown eight of his films in competition at the festival, including Broken Flowers, which won the Grand Prize of the Jury in 2005.

“After Stranger Than Paradise people asked me, ‘Where do you see yourself geographically with your work?’ I said, ‘On a very small sailboat in the middle of the Atlantic’ because European cinema is so important to me and American too, especially more independent cinema such as that of John Cassavetes.”

The conversation touched on how Jarmusch was one of the first U.S. filmmakers to show a Native American indigenous character in a complex and empathetic light, in Dead Man, co-starring Gary Farmer, the Canadian actor and musician who hails from the Cayuga nation and Wolf Clan, opposite Johnny Depp.

Jarmusch put this down in part to his “wild” schoolteacher-grandmother, who had been fascinated by Native American culture and had taken him on trips to ancient burial mounds in Southern Ohio.

“It made me really not like John Ford films for a long time. Of course, he is a master filmmaker but this kind of American ideal of the savages really scared me as a child. So, when I decided to make a Western, I wanted a character that represented indigenous culture, that wasn’t a cliché and was a complicated person.

“Gary Farmer, who I met and loved as an actor, he’s an activist – we’re still very close friends, He brought a lot to the film, and we got Native American advisors. But you know, he plays a character who is a little off, who has had a strange life, who has been traumatized and shaped by odd things. So, Gary helped me work on that character, to show respect to indigenous culture, but not put it on a pedestal, or be too romanticized.”

Jarmusch also revealed how the film’s evocative soundtrack composed and performed by Neil Young had come about. He recounted how he had made a mixtape featuring tracks by Young’s Crazy Horse rock band as well as other electric guitar numbers by the musician which he listened to while writing the screenplay.

“It was musical landscape I listened to over and over… then at the same time as we were shooting, the Crazy Horse was playing in Arizona on a day we had off. I bought as many tickets as I could for the crew who wanted to come,” he recounted.

A friend who knew Young’s manager, engineered a brief meeting with the musician after the show.

“I said, we’re shooting this film, I would love it if you could make the score. Neil was like, ‘Hey man, I don’t make plans. When you have a rough cut, send it to me, and I will get back to you within three days’,” recounted Jarmusch.

“When I had a rough-cut I did just that and he called me two days later. He said, ‘I love this film, come to my ranch.’ He flew me to his ranch, and we spent a couple of days together, devising how he would approach the story.”

The conversation touched on a number of other acting and music talents Jarmusch has worked with over the years, who have included Depp (Dead Man), Tilda Swinton (The Limits Of Control, Only Lovers Left Alive, The Dead Don’t Die), Cate Blanchett (Coffee and Cigarettes), Adam Driver (Paterson), Tom Waits (Mystery Train, Coffee and Cigarettes) and Robert Mitchum (Dead Man).

“I worked with so many people and met so many interesting people, but Robert Mitchum was the only one who was a bit intimidating because he is, was Robert Mitchum.  It’s the only time I’ve felt while I was directing, ‘Oh my God, I am directing Robert Mitchum’. He was very funny, sarcastic and had a dark sense of humor.”

Talking about his writing process, Jarmusch said he often had the personalities of actors or musicians who interest him as people in mind when he was creating a character, but not always.

“That’s not always the case because there are people like Tilda Swinton, who is one of my heroes as a person, or Cate Blanchett, who I don’t think of her own personality because she can become anything at all.

“I’m convinced… you know Australians, the European element of Australians were shipped to Australia. Britain shipped all their criminals there. I’m totally convinced that Cate Blanchett’s DNA is completely criminal,” he joked. “She is like a conman. She could make you believe anything. She can be impoverished and ill, or extremely wealthy and powerful. Whatever she wants to be.”

He explained that he always worked with actors on an individual basis.

“Tilda doesn’t consider herself to be an actor. Acting is something does, she loves it but if you ask her, she’ll sort of pullback and say, “I’m not really an actor you know, it just happened to me and I started doing it.’ Adam studied acting. He is very interested. He comes from a different place.”

“They all have varying skills. I learned, for me anyway, there is no one way to direct an actor. They’re all completely different, so you have to find a way to cooperation. You don’t work with Robert Mitchem in the same way you work with Tom Waits.”

The director also answered numerous questions on his screenwriting process and directing style from the film students in the room.

“It’s very similar process for my music and my screenwriting. I always have a little notebook, or on the phone I can record ideas. I gather little disparate ideas for a film, sometimes for many years. For Paterson, my notes went back literally 20 years. A script I just finished writing it’s been about year that I gathered pieces of it.

“I write all of my own films. Sometimes out of order. If a dialogue starts coming to me that’s two thirds of the way through the story, I gather it right away and figure out later, where it goes. I do this when filming. When we’re filming, we’re just gathering the elements, from which the film will be made. In the editing, the things we gathered tell us, me and the editor where the film wants to be.”

He revealed that he did not shoot his features sequentially, a fact he put down in part to the influence of Rebel With A Cause director Nicholas Ray, who he worked for as an assistant in the mid 1970s, in the year-and-a-half leading up to his death in 1976.

“For him, when filming he would think of each scene he was making as its own film and not think about how it connects because if you craft each one, it’s like making a necklace of something and the beads will work together, but you truly make each bead as beautiful as you can.”

In a final piece of advice for the youngsters in the room, Jarmusch said: “I have a personal code that I follow, and I’ve learned that expectations will kill you because if you expect other people to follow your code you will be endlessly disappointed. All you have is your own ability to follow what are your priorities.

I” feel very strongly that I try to follow my priorities and I can’t control other people or expect them to even respect mine. For example, I am vegan. I don’t eat animals or any kind of animal products for a variety of reasons. But my daughter. She’s a teenager, she eats meat. I don’t tell her don’t do that. She knows why I don’t eat animal products. She knows my three reasons. I can control my own self but I can’t control anyone else. If you have the expectations of other people, you will always be let down.”

Mel Gibson Won’t Be Testifying In Harvey Weinstein’s L.A. Rape Trial After All