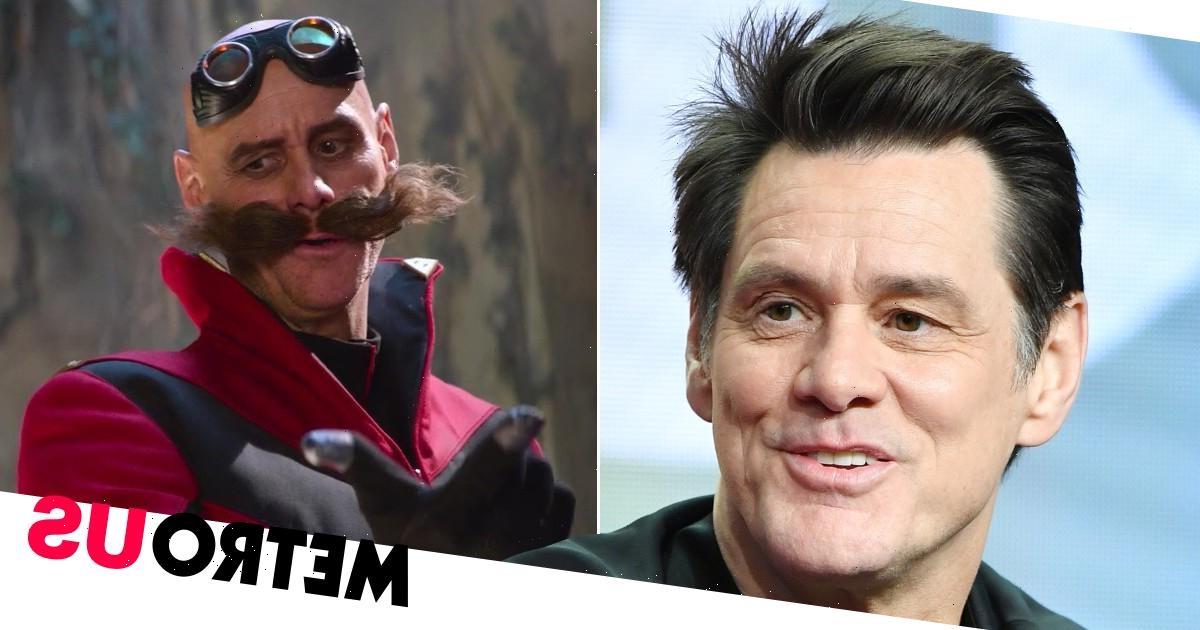 Jim Carrey spilled on the secrets behind Sonic The Hedgehog 2 – including the death metal moment we didn’t get to see.

The sequel, also starring Idris Elba, Ben Schwartz and James Marsden, hit the big screen earlier this year, taking us on another adventure with the mini blue icon battling to save the world.

Ahead of the DVD release, the Hollywood legend shed light on how he channelled his inner Dr Robotnik – revealing that a lot of metal music was played behind the scenes.

In a new video shared with Metro.co.uk, the 60-year-old was questioned on his favourite sets and locations to work on.

‘The emerald cave, to me, was a really fun set,’ he began. ‘Reminiscent of an Indiana Jones kind of thing, and we do [pay] tribute to Indiana Jones in a comedic way.

‘Also, the most uncomfortable I was in the film was hanging from those harnesses and doing that electric brain of the giant robot.

‘They had a way of projecting these wild things behind me so I could really get a sense of how it was going to be in the actual film.

‘We would play incredible, raunchy death metal music while I was making my little motions, my gun pantomimes. Pantera was big in those shots.’

Giving us all his best death metal impression, Jim insisted: ‘I had a lot of fun on those.’

It definitely sounds it.

The first Sonic big screen adventure landed in cinemas in 2020, and became an immediate hit with fans.

There was no stopping the world’s most famous hedgehog, with an action-packed sequel storming into cinemas earlier this year.

The official synopsis for the flick reads: ‘After settling in Green Hills, Sonic is eager to prove he has what it takes to be a true hero. His test comes when Dr Robotnik returns, this time with a new partner, Knuckles, in search for an emerald that has the power to destroy civilizations.

‘Sonic teams up with his own sidekick, Tails, and together they embark on a globe-trotting journey to find the emerald before it falls into the wrong hands.’

Jim reprised his role as the film’s villain, and admitted that Dr Robotnik was ‘new and improved, and more dastardly’ this time around.

‘I think this time he’s 3.0 times 1,000,’ he added. ‘He comes back not only filled with vengeance and a gigantic chip on his shoulder the size of the grand canyon, but he comes back having dabbled in the mushroom planet.

‘I don’t know what he got into over there but something happened. He carved off all of his hair because that frankly was the hair of a loser. He lost that battle, the initial battle. The mustache was just an outward manifestation of ego.

‘He comes back, not as just a brilliant genius who wants to do evil things, he comes back in his own mind as a Demigod.’

To be honest, we’re not majorly surprised…

Sonic The Hedgehog 2 is available on 4K UHD + Blu-ray, Blu-ray and DVD from August 8.