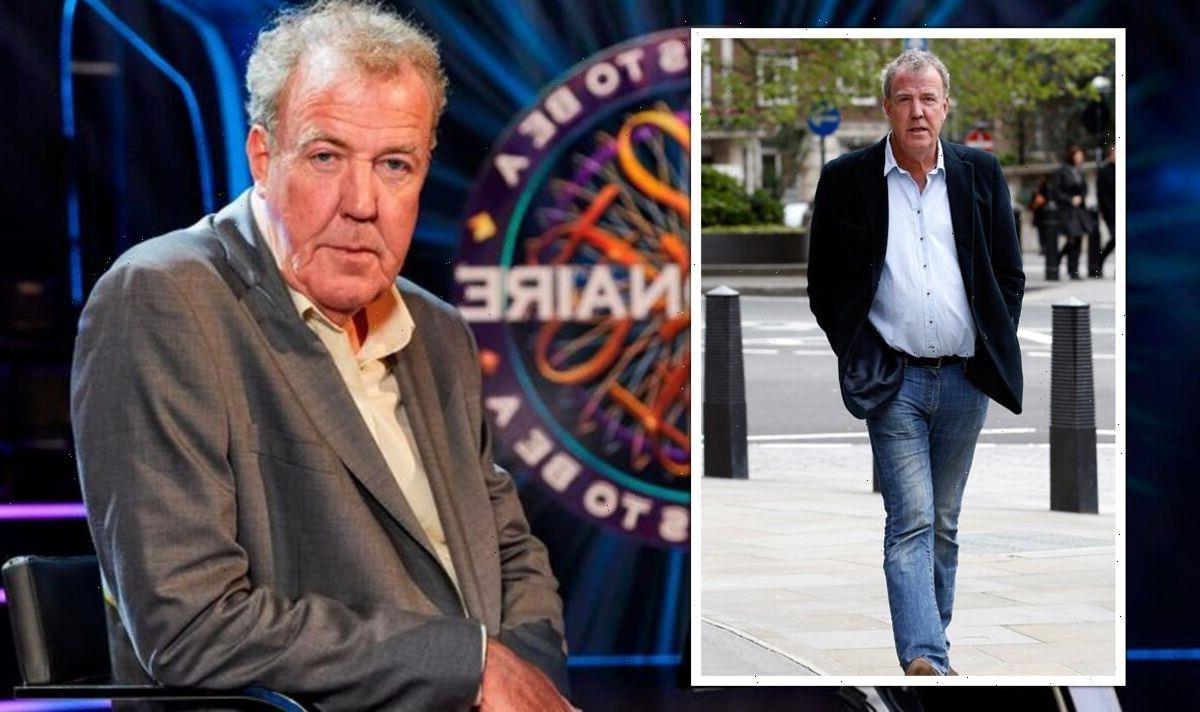 Jeremy Clarkson’s future on Who Wants to be a Millionaire has been confirmed by ITV with the broadcaster standing by the controversial host. The Grand Tour star was said to been “worried” about whether he would continue on the quiz show.

ITV confirmed the presenter will not be axed and will remain as host of Who Wants To Be A Millionaire.

A rep explained their stance has not changed since December when Clarkson’s “misogynistic” column in The Sun was published.

At the time, ITV boss Kevin Lygo stated the channel has “no control” over the column but called for the host to apologise to Meghan Markle.

Addressing whether Clarkson would remain on the quiz show, he added: “Yes, at the moment we are. What he says in the papers we have no control of.”

Who Wants to be a Millionaire is said to resume filming later this year.

It comes after Clarkson’s shows on Amazon Prime Video were axed.

Episodes of The Grand Tour and two series of Clarkson’s Farm will air before the streaming service cuts ties with the host.

Clarkson explained he had reached out to Meghan and Prince Harry to apologise after his The Sun column went viral.

In a post shared on his Instagram, Clarkson penned: “I am going to try and buck the trend this morning with an apology for the things I said in a Sun column recently about Meghan Markle.

“I am really sorry. All the way from the balls of my feet up to the follicles on my head.

This is me putting my hands up. It’s a mea culpa with bells on it.

“Usually, I read what I’ve written before it is filed but I was home alone on that fateful day and in a hurry.

“So when I finished I pressed send. And then when the column appeared the next day, the land mine exploded.

“It was a slow rumble to start with and I ignored it. But then the rumble got louder.

“So I picked up a copy of The Sun to see what all the fuss was about. We’ve all been there I guess.”

Jeremy added: “In that precise moment when we suddenly realise we’ve completely messed up.”

Clarkson went on to added he made a mistake when he wrote the column in a rush.

“I’d been thinking about a scene in Game of Thrones but forgot to mention this,” he wrote.

“So it looked like I was actually calling for revolting violence to rain down on Meghan’s head.”

Clarkson received backlash from not just the public but friends and family, including his own daughter.

Speaking on Good Morning Britain, Kevin McGuire said he believed the apology was a “self-serving grovel”.

“Well look, what this is about, this is a self-serving grovel because Amazon are going to drop him in the future, he is worried ITV are going to dump him from Who Wants to be a Millionaire,” he claimed.

“It’s all about him. First of all, he writes about her in a grotesque way and then he sends it to her husband.

And as they quite rightly point out, that he has written nauseous, poisonous, toxic pieces about so many, were they all in a hurry too?”