JEFF Brazier posted a picture of himself enjoying the great outdoors – but all anyone could talk about was the bulge in his shorts.

The 41-year-old TalkSport and Postcode Lottery star posed in a skintight outfit while riding his bike.

And while he was brandishing a medal standing in front of a medieval castle, many had their sights set a little lower.

He shared the pictures to promote a new snack, but one follower wrote: "Never mind the yogurt, my eyes are on something else 😂."

Others made their feelings known in emoji form, with another posting: "🍆🍆🍆🤣🤣🤣."

A third marvelled at the shorts, writing: "Gosh they are tight 😛👌🏻🔥🔥." 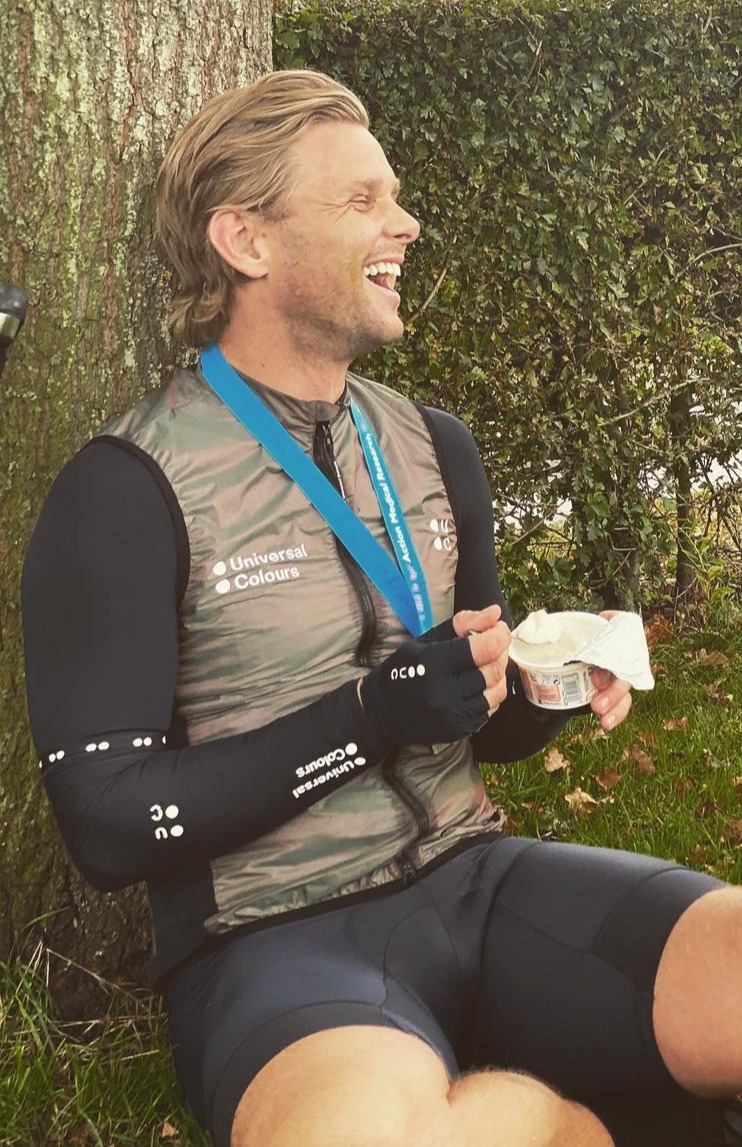 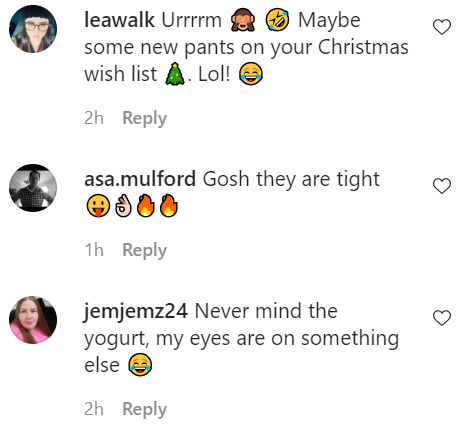 In the promo, for Lindahls fat-free treats, he wrote: "Even a long walk daily can be great for us, whatever our capabilities. Diet is equally as important to focus on!"

But many were focused elsewhere, with another joker writing: "Clearly we need to enjoy yogurt this much lol😂."

Jeff, who shot to fame on Shipwrecked, has hosted the early I'm A Celeb spin-off show, Channel 5's The Farm and made numerous appearances as a reporter on This Morning.

He has two sons, Bobby and Freddy, from his relationship with Big Brother icon Jade Goody, who died in 2009. 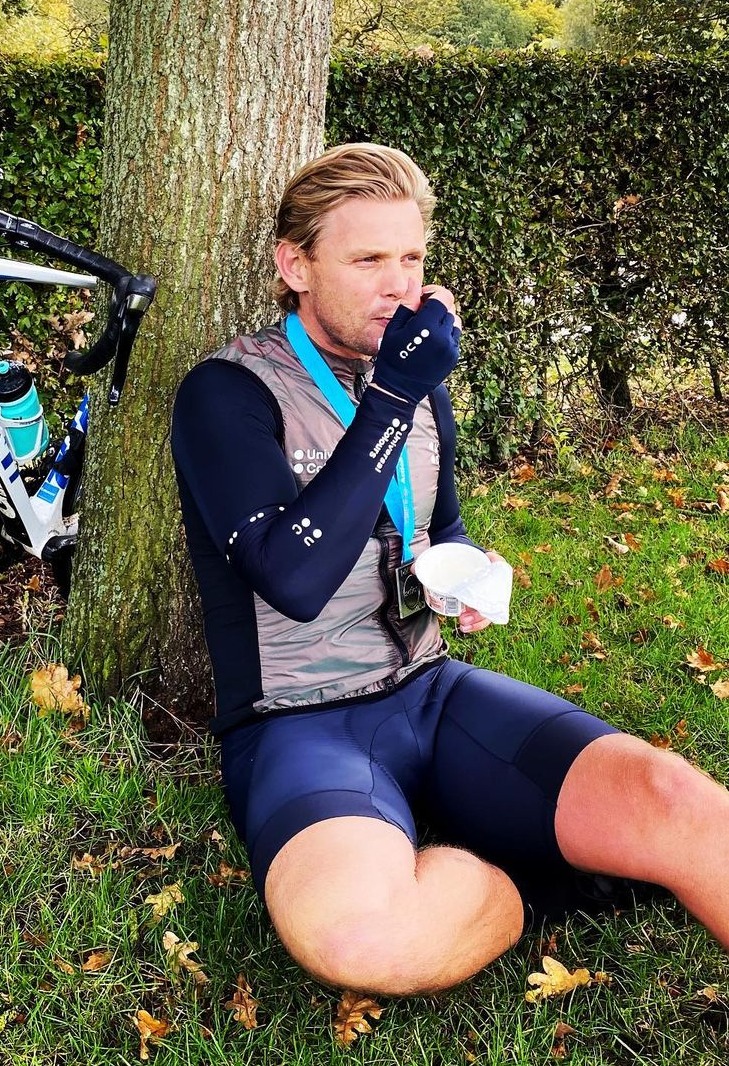 In 2017, he got engaged to girlfriend Kate Dwyer, with the pair marrying in Portugal the following year.