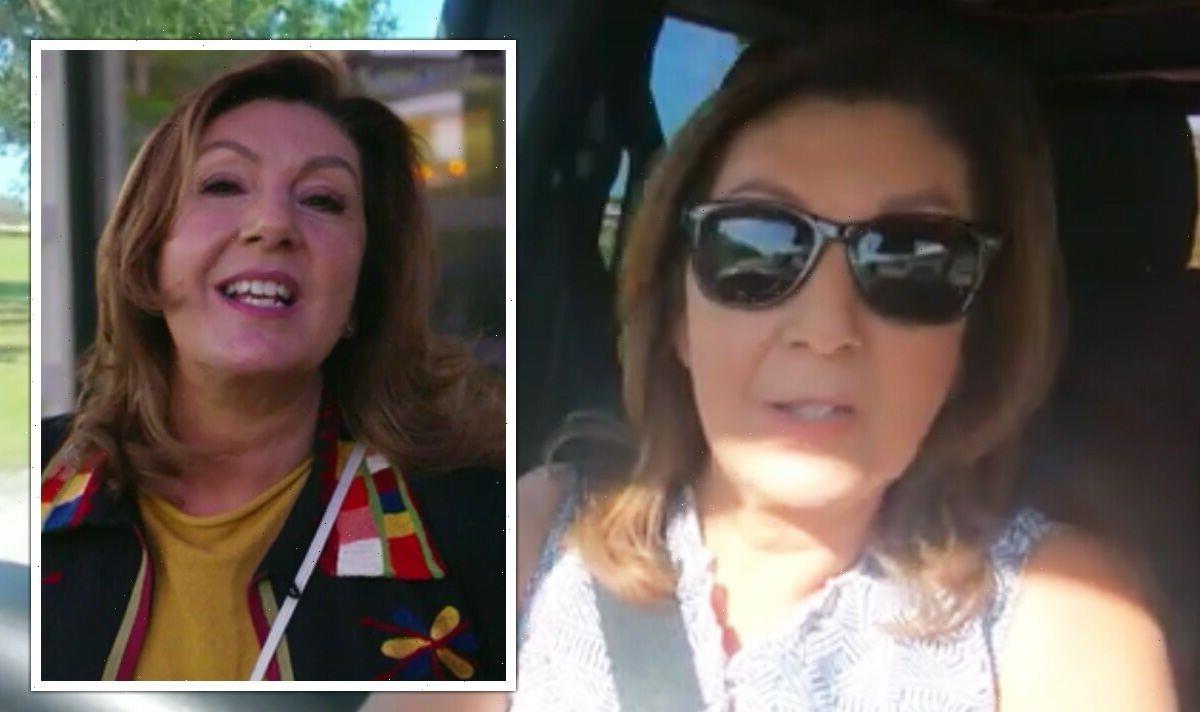 Jane McDonald feels nostalgic as she stays in Fort Lauderdale

Jane McDonald is known for her warm personality and positive outlook on life. The former cruise ship singer has been lucky enough to travel around the world for her career and she now films documentaries for Channel 5 where she explores desirable destinations. In a clip from her show Holidaying with Jane McDonald: Florida, the Loose Women star revealed she finds the news “too depressing” to watch and often avoids it altogether.

While driving around the Sunshine State for the two-part series, Jane made a confession to the camera about watching the news.

She explained: “I have got to be honest with you, I don’t normally watch the news because I find it really depressing.

“But this morning I actually put it on and I saw Artemis the mega-rocket and I thought that’s Cape Canaveral which is here.”

She continued: “After Disneyland, Cape Canaveral is the most popular attraction in Florida.

“It was here Neil Armstrong took a giant leap for mankind and became the first man to walk on the moon.

“It’s been 50 years since we last visited but all that is about to change thanks to NASA’s Artemis mega-rocket and in my guidebook I have discovered a rather appealing way of seeing it.”

Jane decided to book a helicopter ride over the space centre as she did not want to miss getting a glimpse of the rocket.

Later on in the episode, the cruise singer visited Florida Keys as well as the picturesque waterways of Fort Lauderdale.

The star, who had fond memories of the two places, then detailed the sentimental reason she did not want to travel back home to Yorkshire.

Jane admitted: “Do you know, my heart is here and I don’t want to leave.

“It’s brought back so many amazing memories here and seeing my old friend has been amazing.”

Jane was referring to a delicious meal she enjoyed at a restaurant with some of her friends she has not seen for a long time.

“And don’t forget memories never die and friends are always your friends.”

She added: “That was the perfect end to a fun-filled friend-filled day.”

As she drank a Martini, Jane quipped: “Yorkshire has got my heart, but Florida has got my liver.”

Jane had a fondness for Florida as she worked there in the 1990s when she performed on cruise ships.

Jane carried out her road trip around Florida in a bright yellow Bronco and chose a “crackling” music playlist to sing along to.

She has also island-hopped solo around four jewels of the Caribbean for another Channel 5 series.

Jane took viewers on a tour of Barbados, St Lucia, Grenada and Antigua where she explored the islands’ beaches and nightlife.

Both episodes of Holidaying with Jane McDonald: Florida is available to watch on My5.

Both episodes of Holidaying with Jane McDonald: Florida is available to watch on My5.