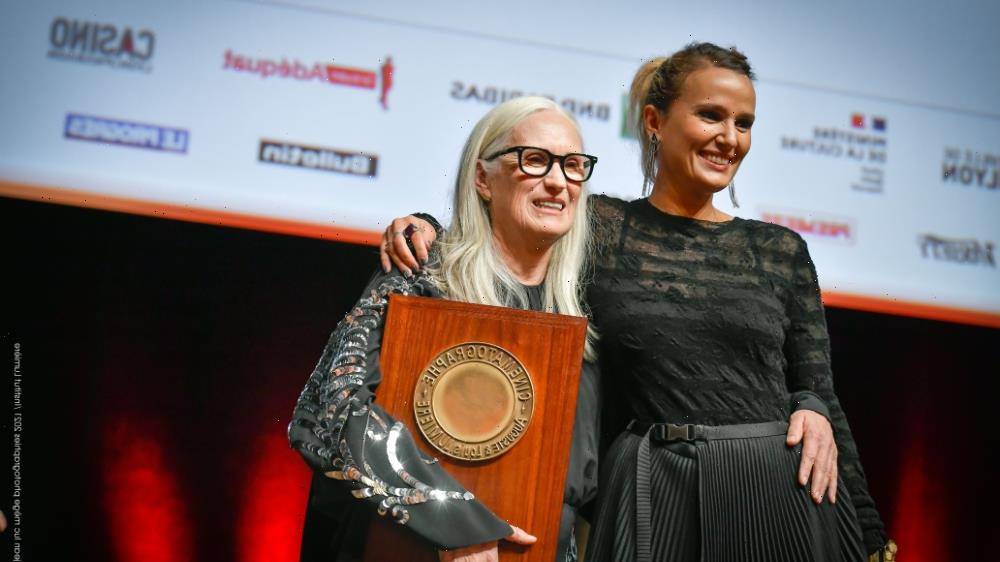 Marking the climax to this year’s Lumière Festival, Jane Campion, the first woman filmmaker to win a Palme d’Or (sharing the award for “The Pianist” in 1993), accepted the Prix Lumière in France’s Lyon on Friday night from Julia Ducournau, the second woman filmmaker to pick up Cannes’ prestigious top prize.

With characteristic humility, Campion took to the stage with a big smile, saying: “I’m really moved – I’m a New Zealander: we don’t do this stuff, we don’t do emotion about ourselves. I’m going to get arrested when I get home for having a big head.”

Turning to her fellow women on stage, she added: “But I hope you guys are telling the truth because it’s really a surprise and very moving to hear from the women here what the cinema has meant and I’m really thrilled. It has been my life and it has been my pleasure.

“It’s like coming to Bethlehem,” she joked, drawing laughs from the crowd. “To realize that here I am where film was created – let there be life, the Lumière brothers!,” she exclaimed, adding: “They had wives and sisters as well so, of course, I think of them,” before thanking the people of Lyon who “love cinema how I love cinema.”

A host of celebrities turned up for the award ceremony – parts of which the host, Lumiere festival director Thierry Frémaux, admitted were improvised because so many wanted to pay homage to Campion. Among them was French rapper Abd Al Malik, who wrote a hymn for her entitled “Le Piano de Jane Campion.”

Handing over the prize, Ducournau, who picked up Cannes’ top prize for “Titane” this year, gave an emotional speech saying: “We have never met but she has been with me for a long time – when I was on stage in July [to receive the Palme d’Or], it helped me to think about her and not give in to emotion. I tried to imagine how she felt, her solitude as the first woman [to win this prize]. 28 years later, thanks to her, I didn’t have to think about that solitude and I even had the luxury of thinking of all those who will follow me.”

A Lumière Festival retrospective of Campion’s work served to underscore what an extraordinary director she remains.
Hours before the Award ceremony, Campion was warmly greeted by an enthusiastic crowd for a masterclass at the city’s historic Théâtre des Célestins.

On the question of the place of women filmmakers in cinema, which the festival has been raising awareness about since its inception with a special section dedicated to them, Campion said to Frémaux: “Women are artists as well, every female filmmaker I know just wants to be seen first as a creative person, because it’s annoying to us to hear “a woman filmmaker” – a filmmaker is enough, I mean you don’t go around saying “a male filmmaker”… but that may come!” she quipped, to the audience’s delight.

Regarding her sources of inspiration, Campion said her interests were broad, but her master was Francis Ford Coppola.

“I consider him my teacher even though I never met him. I just love the work he does with actors, he’s really a master at choosing amazing actors and creating situation where they do their best work,” she said, adding she had pursued her own private study of his cinema: “He’s one of the filmmakers whose work you can see time and again.”