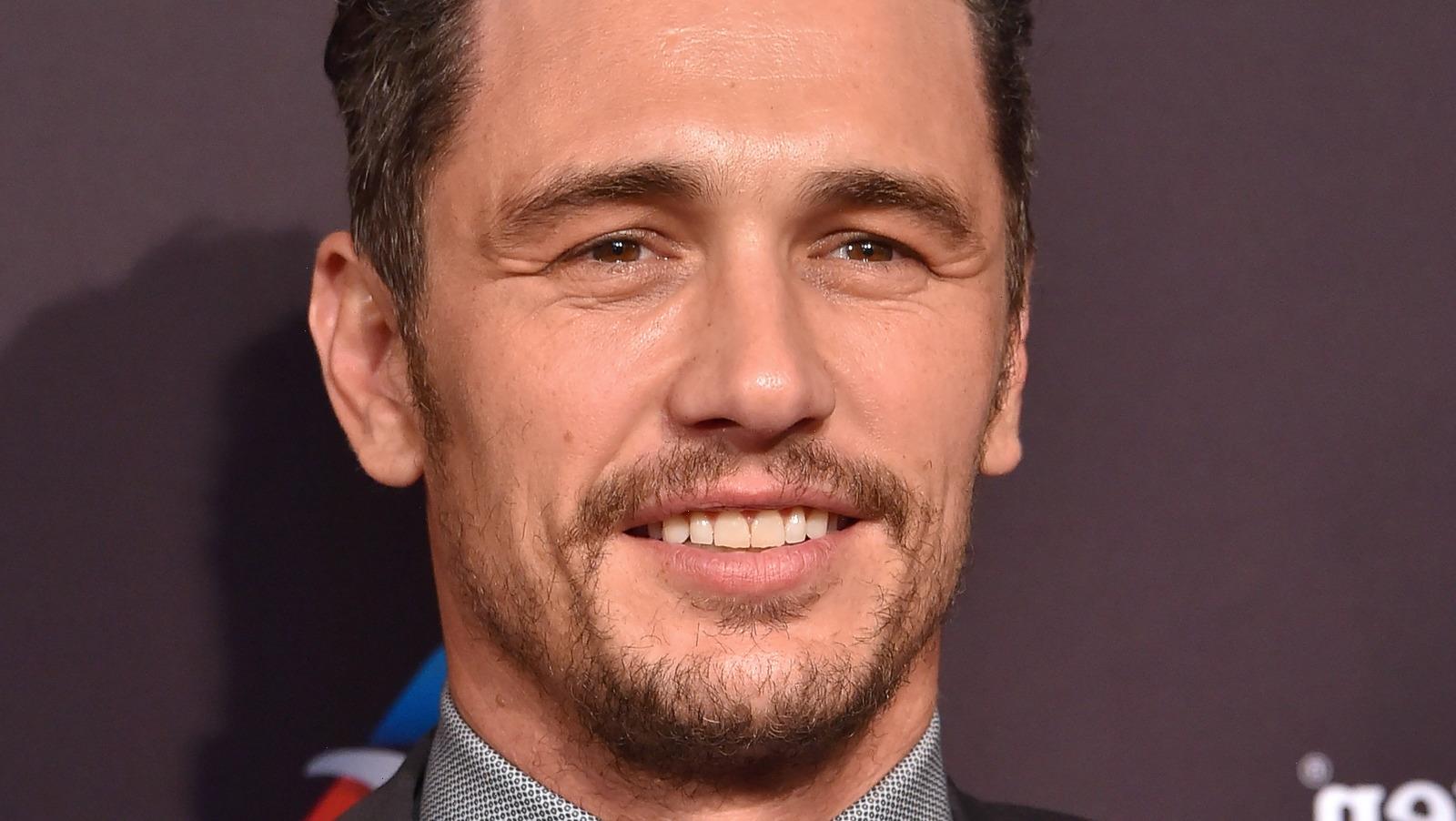 Before his career and reputation were suspended in unofficial limbo after his sexual misconduct allegations and subsequent lawsuit, James Franco was just your average quirky Hollywood heartthrob… with a heavy lean on the “quirky.” Though his resume is padded with box office blockbusters like the Tobey Maguire-starring “Spider-Man” franchise, Franco has more than dabbled in his share of avant-garde projects. This is also a man enlisted by the Paris Review in 2011 to write a film critique of “The Twilight Saga: Breaking Dawn — Part I” (and then again in 2012 for “Puss in Boots”) and spoiler alert: Franco did not like that particular installment of “Twilight.”

This is also a man who, in the same year he was nominated for “127 Hours,” executed the sleepiest and most-panned hosting performance in recent memory at the 2011 Oscars. “It was like the world’s most uncomfortable blind date between the cool rocker stoner kid and the adorable theater camp cheerleader,” David Wild, a contributing editor at Rolling Stone, quipped per The Ringer.

Before the sexual misconduct allegations, there were just the weird-but-innocuous intimate selfies Franco posted to social media, including a topless bathroom one that baffled even his brother, Dave Franco. “Compared to some of the other weird things he’s doing, this seems like kind of a refined act,” Dave dead-panned about the image on “Conan” in 2014. Franco would seem to fit the exact type of eccentric star rocking tattoos in odd places, but the actor sports none. Instead, here’s his strange history of fake tattoos.

If you or anyone you know has been a victim of sexual assault, help is available. Visit the Rape, Abuse & Incest National Network website or contact RAINN’s National Helpline at 1-800-656-HOPE (4673). 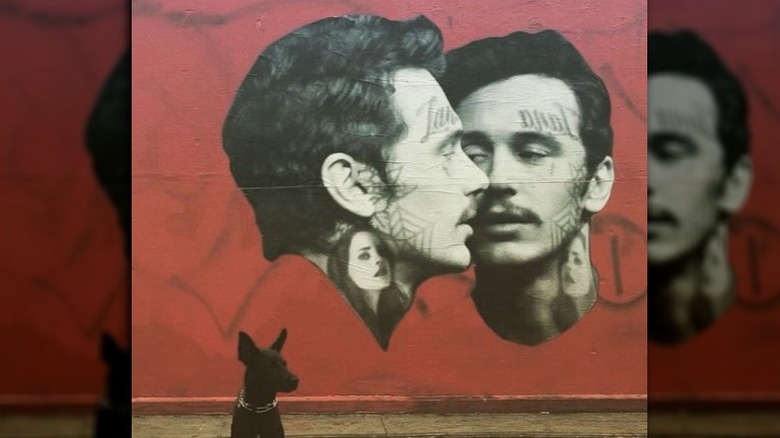 James Franco often appears with tattoos on his body, but none have seemingly been real as of this writing. That means the teardrop face tat he sported in 2012’s “Spring Breakers,” as was the grill, was purely for cinematic joy and effect. In 2014, the ever-exploratory Franco collaborated with artist Cheyenne Randall, whose Instagram feed displays his signature work of digitally imposed graphic tattoos on pop culture figures like Audrey Hepburn. Franco stunned, via a Randall Instagram post, with the authenticity of a Lana Del Rey face “tattoo” on his neck, with Randall crafting another of Emma Watson in 2015. “I think it’s safe to say we have a mutual respect for each others’ craft,” Randall told MTV at the time.

For Franco’s role in 2015’s unreleased “The Long Home,” per People, he has been spotted rocking a large piece of the devil on his chest. These temporary tattoos surely must help Franco get into character, as he once again donned sleeves of arm tats for 2016’s “Why Him?,” many of which Franco helped design, per TattooDo. As GQ quipped at the first sighting of these “Why Him?” tattoos at a March 2016 book signing, they must be temporary, as “last we checked, the guy was still an actor looking to be employed, not be the bane of every Hollywood makeup artist.”

But back to that Emma Watson tat — there’s a lot more story to that one. Read on. 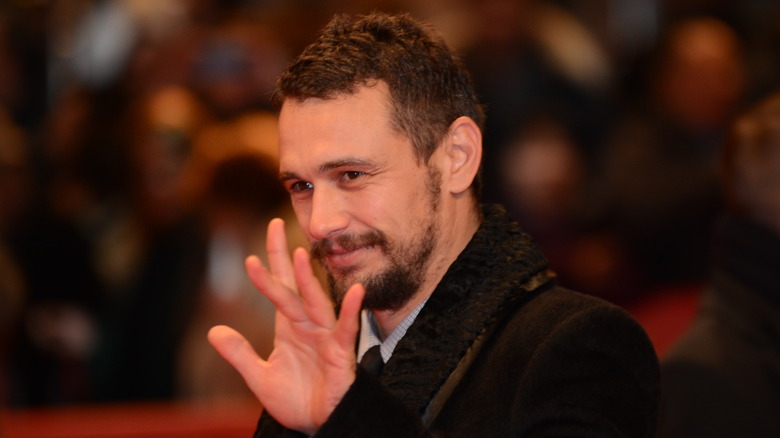 “I [heart] Hermoine,” James Franco captioned a shirtless October 2015 photo on his since-defunct Instagram feed, showing off the British actor’s visage seemingly tattooed on the right side of his neck, as People reported. Artist Cheyenne Randall digitally imposed the photo after watching 2013’s “This Is The End,” in which Watson and Franco co-starred. Franco’s photo also showcased a large eagle piece on his chest and a rose perching on his shoulder. For the Watson ink, Randall told MTV, after working with Franco on another photoshopped Lana Del Rey piece the year prior, “I was looking for another girl to be his love in this fictitious scenario, and just happened to recently watch ‘This is the End’ with Emma in it. I just went with it… ‘Emma’ really is the perfect name for tattoo script.”

Was Franco “trolling the world” with his Watson tribute, as TIME suggested, or was he truly “in love” with the actor, as MTV facetiously teased? After Watson was rumored to have “stormed off the set,” per IndieWire, of “This Is The End” over a disagreement about dialogue in one scene, could this have been Franco’s oddly sweet apology? In a GQ May 2021 interview, after all, Seth Rogen insisted that the “Harry Potter” actor never harbored animosity toward him or Franco (or vice versa). However, it seems like a case of harmless homage to us.