Jacqui, who performed a samba to Tom Jones’ Help Yourself with pro Anton Du Beke, joked: “My t*** weren’t sufficiently out.” The former Labour politician, 58, said her loved ones are “cross” at judge Craig, and admitted she struggled with his criticism. She said: “I’m quite tough but I did find that quite difficult.” However she highlighted how judges Shirley Ballas and Motsi Mabuse complimented her for “coming a long way”.

Jacqui added: “Craig was slightly more focused on how far I hadn’t come. Part of the entertainment is Craig being a pantomime baddie so I get that.

“I thought he slightly overdid it with me. Other people close to me are quite cross about it.

“But it’s Strictly, it’s fabulous, it’s not the end of the world, nobody died.” She described listening to the judges vote to save her or Jamie Laing following the dance off as “a bit like an election count. Except you know the result while you’re standing waiting for an election count”.

Being hoisted up on a trapeze swing covered in feathers, Jacqui put her nerves and fear of heights at rest by chanting to herself: “T*** out, t*** out, t*** out.” She revealed that’s what Anton advised her to do.

She said: “That’s sort of been the theme. Essentially, the problem with my samba was my t*** were not sufficiently out.” 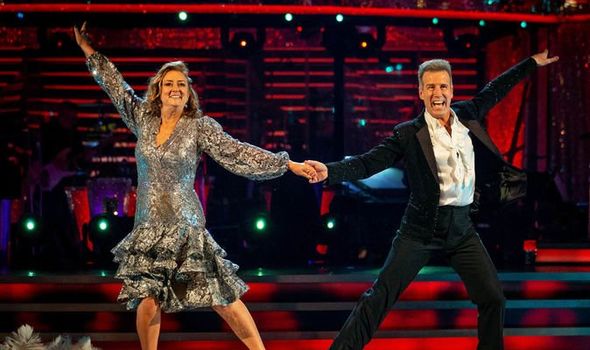 She added of her trapeze moment: “That was my Widdecombe moment. Ridiculous. Incidentally, I have united the nation across political divides because I understand from Anton that Ann Widdecombe voted for us. That’s really sweet of her.”

He wants to keep twirling her on the dancefloor near her home in Malvern.

She said: “There is a village hall somewhere around Worcestershire in which I will be stomping around.”

Jacqui also said her man got to see her polished by the best makeup artists and hairdressers. 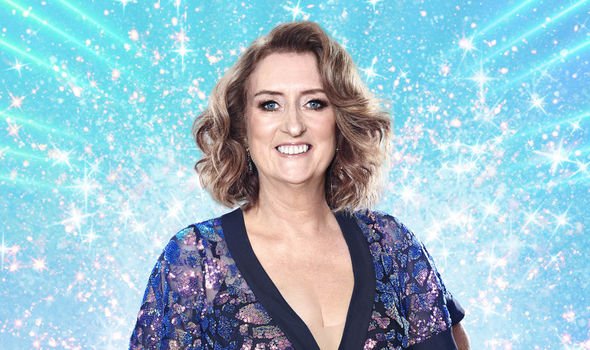 She added: “He said, ‘You look gorgeous’. And I just think I’m going back home and he’s going to expect me with curled hair and smoky-eyed makeup, but I’ll chuck on the old concealer and mascara.”

Welling up, Jacqui admitted she was reduced to tears in “one weepy afternoon”, but says Anton allowed her five minutes to mope before forcing her back on the dancefloor. She added: “I didn’t lose for lack of trying.”

The former MP, who lost her seat in 2010 and got divorced from husband of 33 years Richard Timney last year, told the For The Many podcast that she was very glad she went on Strictly.

She said: “I hope I have demonstrated that even when you go through sad personal times, you can feel joy again. Say yes when opportunities come along. I’ve had the time of my life. You can have fabulous adventures as you’re getting older.”