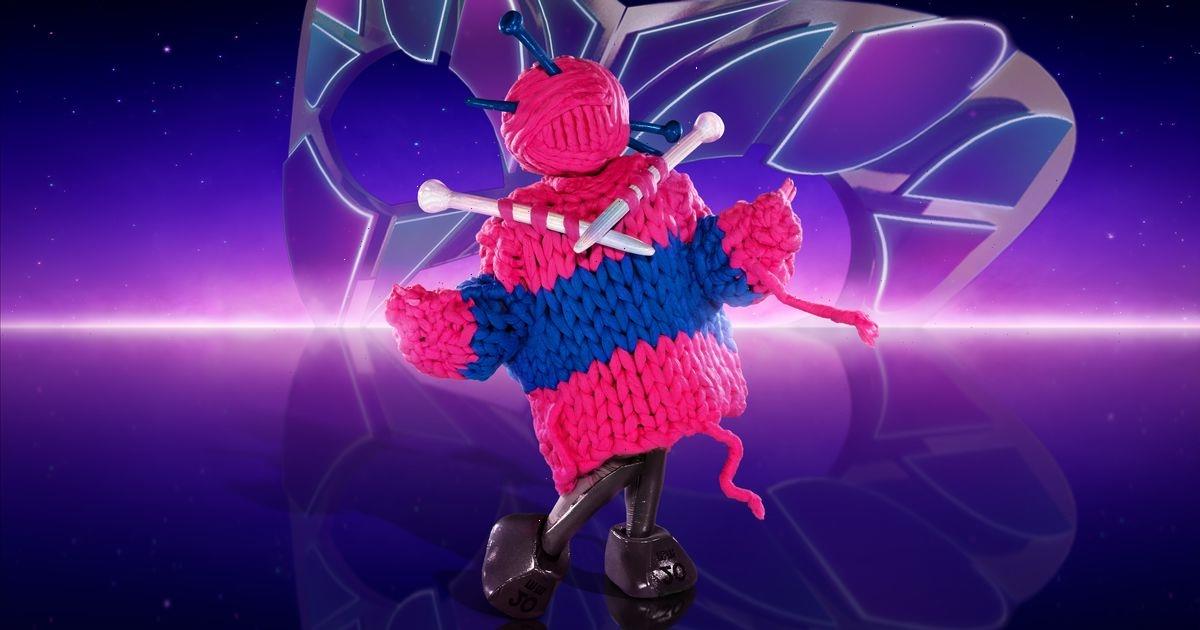 ITV's The Masked Singer UK fans think they have figured out Knitting's identity after a "clever" maths clue on Sunday.

The hit singing series returned on 1 January for season four with a whole new line-up of characters for the judges and viewers at home to guess.

During the opening episode, which saw Knitting, Jellyfish, Otter, Ghost, and Cat & Mouse and Phoenix battle it out, Ghost was eliminated and unveiled as Chris Kamara.

However, viewers were left distracted during the episode as they worked out one of Knitting's "clever" clues and speculated that it is Claire Richards from Steps.

During the episode, Knitting said the riddle: "Knitting is easy, it's the crossing of sticks, count all of your stitches, there should be 26."

Taking to twitter, one person said: "Seen a lot saying Claire from Steps. Great guess especially with the clue being 26. 5+6+7+8=26 #MaskedSinger."

Another follower wrote: "Knitting is Claire from steps . . Massively into crafting and the one magpie is one for sorrow ..a steps song also steps have been going 26 years #MaskedSinger."

Another account wrote: "Knitting is Claire from Steps! I love and know her voice like the back of my hand!!! @_ClaireRichards #maskedsinger."

While a different viewer added: "#maskedsinger knitting is Claire from steps…"

And they were soon left stunned when Ghost was eliminated and unveiled as Chris Kamara.

Talking about why he took part in the show, Chris said: “I did it for the grandkids. I want to see the surprise on their faces when they see me unmasked on the show.

"Not even my wife knows so it’s going to be a surprise for the whole family.

"I’m not the best at keeping secrets so I’m not sure what will shock them most, taking part in the show or keeping it a secret."