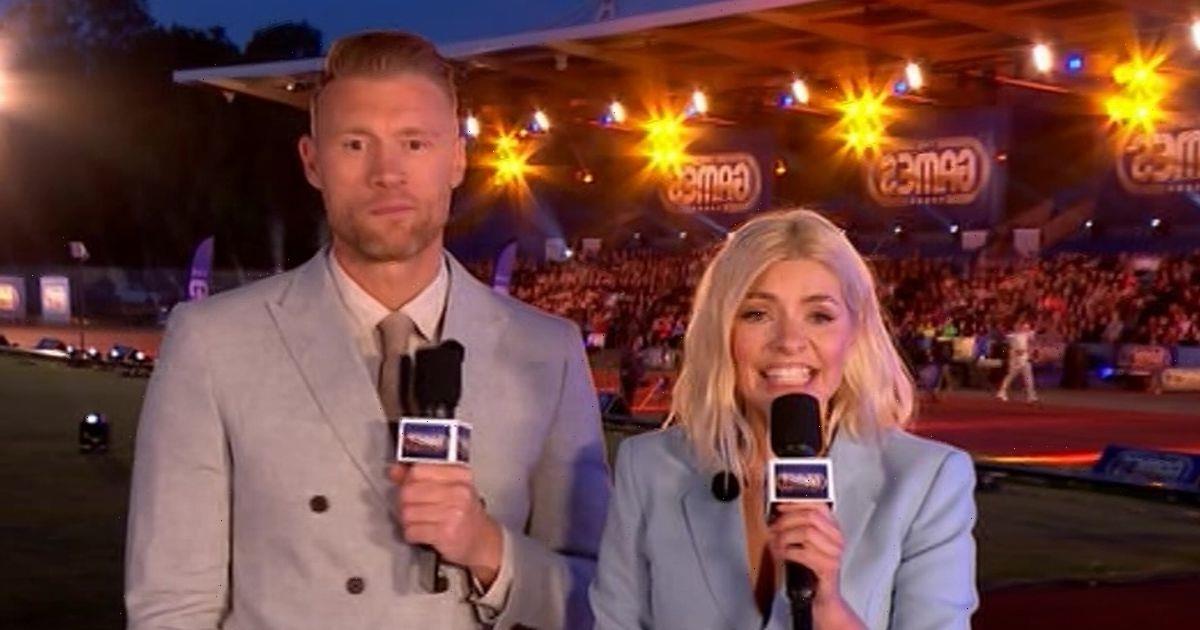 Freddie Flintoff, 44, has slammed his own presenting skills as he referred to himself as "awkward" on two separate occasions on The Games.

During tonight's episode (May 13) of ITV show, the presenter sat alongside co-host Holly Willoughby and made a joke at his own expense while live on air.

Speaking about Phoenix Brown winning the rock climbing round, Holly, 41, said: "Made up for Phoenix there, she wanted it so much didn't she."

The former cricketer responded: "She really was and Kammy summed it up perfectly – awkward at times, but does the job, could've been talking about my presenting."

The This Morning presenter was in stitches and was also speechless at the 44-year-old mocking himself.

Seconds later, the presenting duo looked at the women's leaderboard to see how Phoenix's win had changed the scores.

As the dad-of-four was going through the leaderboard, he said: "Up there at the top is still Chelcee with 33 points, Phoenix has closed the gap behind her," and seconds later, he stumbled pronouncing Lucrezia's name.

After mispronouncing the ITV star's name, he followed it with "there we go, awkward."

As he attempted to continue the next segment, Holly couldn't contain her laughter while the studio was also filled with laughs coming from behind the cameras.

Moment's after the "awkward" blunder, Freddie introduced Alex Scott who was speaking to celeb contestants Josh Herdman and Wes Nelson.

The former professional footballer started by saying: "Josh you finally managed to get off that," but came to an abrupt halt.

It seemed as though the former Arsenal player didn't think she was live yet, however, she managed to style it out and continued as normal, saying: "Josh you finally managed to get off the bike, how are you feeling taking on this man?"